If you thought you had to give up fun weeknight chicken dishes as a vegan… think again! Today we are making  homemade cheesy basil-stuffed chick’n cutlets in a creamy tomato rose sauce packed with rice and veggies.

First, we start by making the chick’n using my seitan nuggets recipe, but instead of nuggets you’ll form them into 3 cutlets. Then, once the seitan is cooked, we stuff them with fresh basil and vegan cheese, coat them in a flour breading and then fry them until golden.

Meanwhile, we have veggies simmering in a creamy rose sauce (made with marinara and coconut milk) and some rice cooking. Once the rice is done, you just add it to the skillet, add the chick’n and simmer for a few minutes before serving. It’s absolutely delicious!

This recipe uses an instant pot to cook the seitan chick’n cutlets, however you can also find stovetop instructions in the instructions as well. 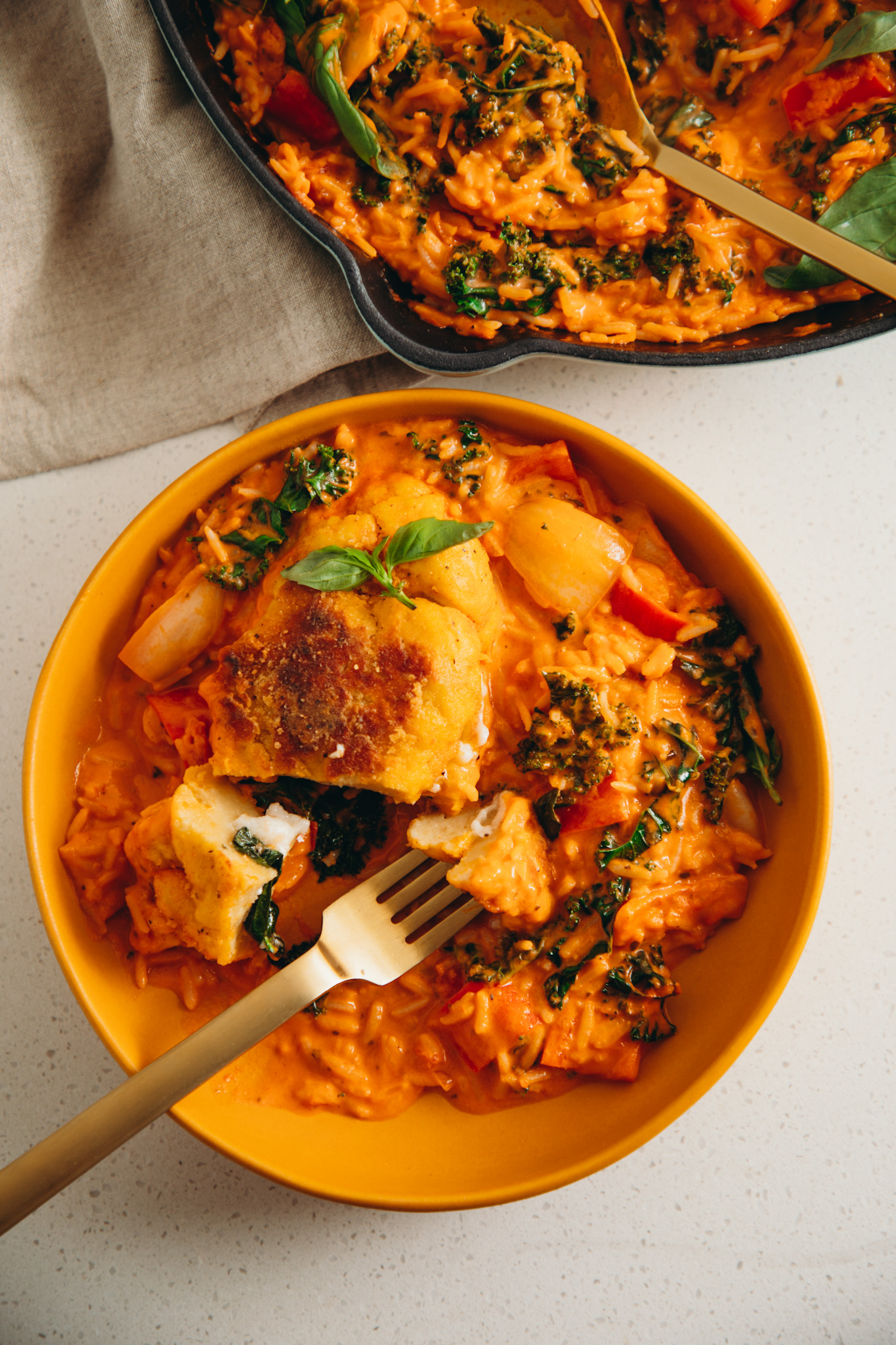