Today, we are making something even more exciting: a bunch of cinnamon rolls smooshed together and baked into a pull-apart or sliceable loaf. When warm, you can pull chunks off to dip in a cream cheeze glaze. When cool, slice and spread with nut butter for a tasty and more filling afternoon snack (don’t forget the tea with that one!). This loaf is the real deal. And by real deal, I mean exceptionally delicious.

If you’re familiar with my cinnamon roll recipes, you might recognize most of the steps in this one! Except, instead of slicing into rolls, we’re slicing into triangle shapes. 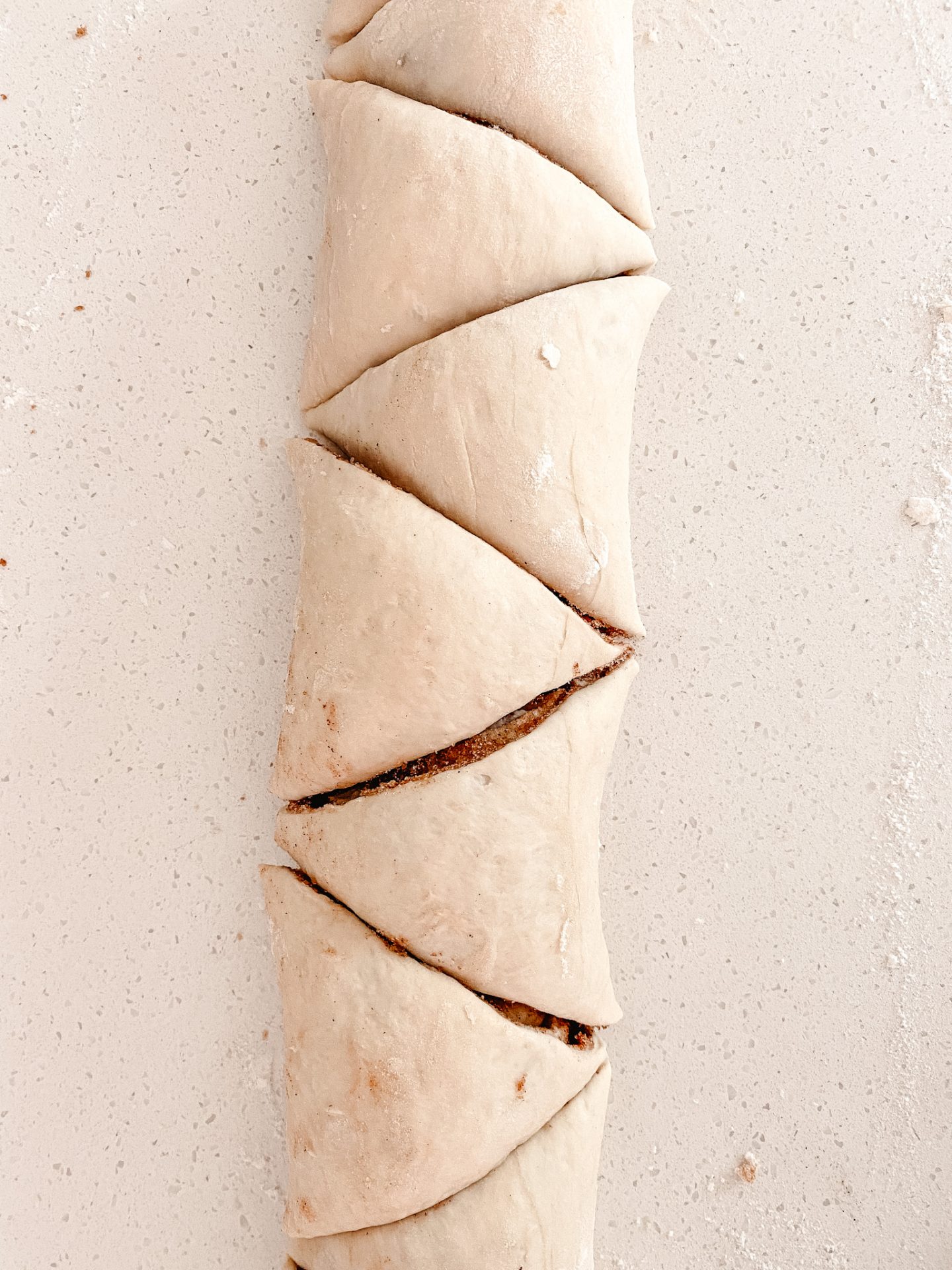 Then, you just kind of randomly stack them in the loaf pan. Try to make them sort of evenly spread out, but there isn’t a way to mess this up! It’s supposed to be swirly and smooshy – that’s the fun part! 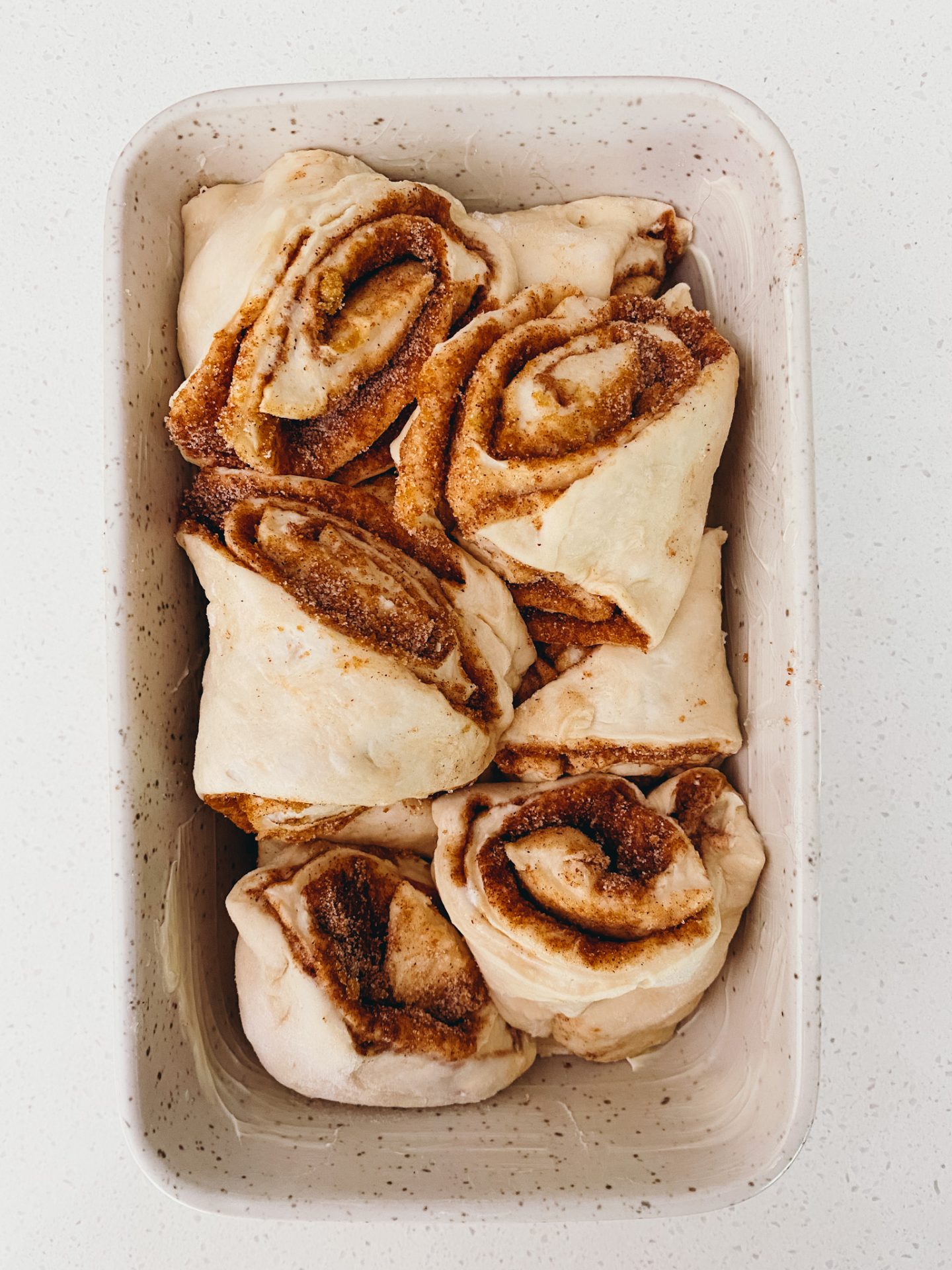 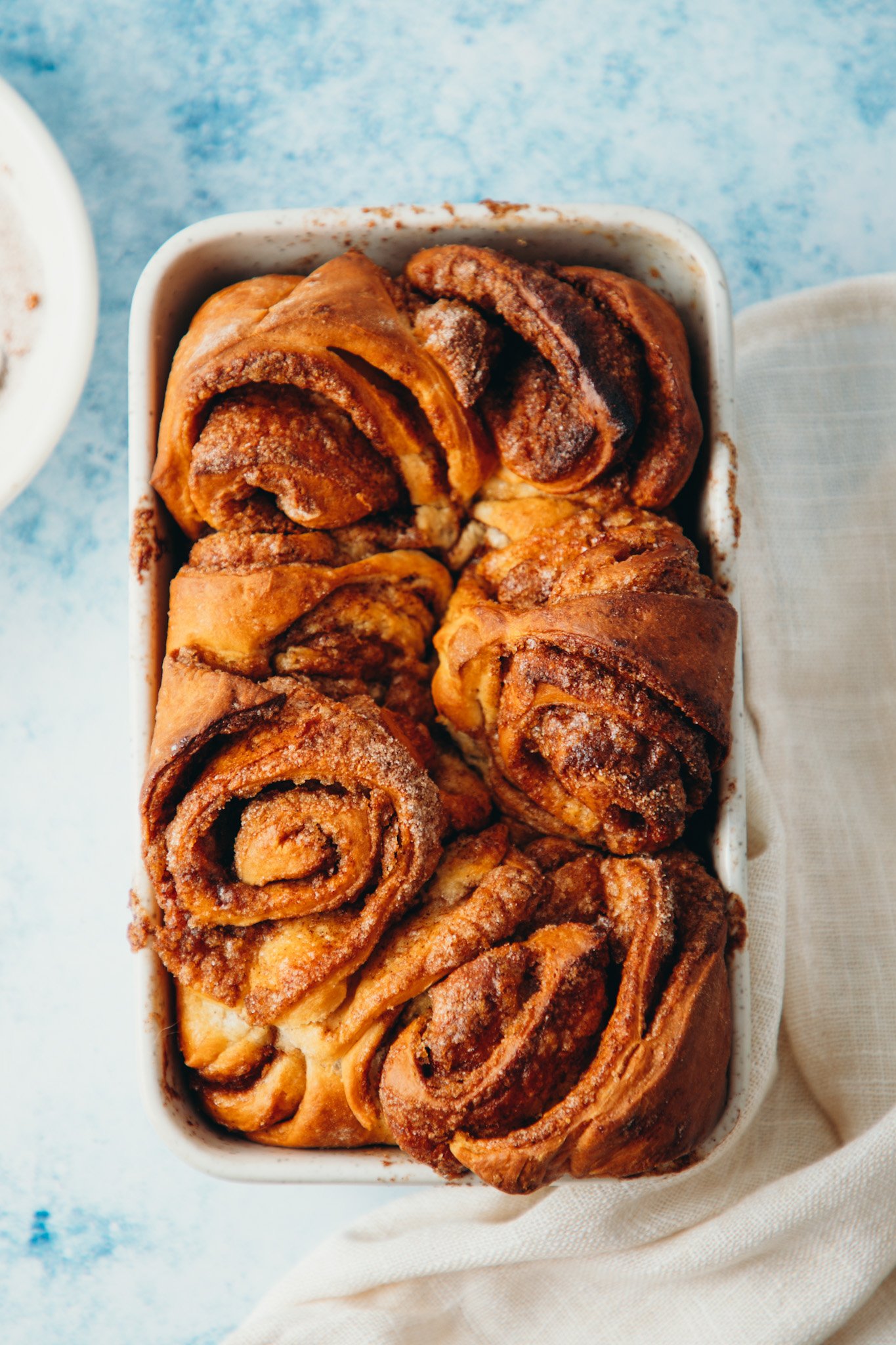 Classic cinnamon rolls, smooshed into a loaf tin, risen to golden, cinnamon sugar perfection. Can be eaten warm as a pull-apart bread or cool, sliced with nut butter. Truly a winner no matter how ya slice it!