Not kidding!!! Syrupy vanilla bourbon peaches are covered with a cinnamon crisp topping AND a fluffy biscuit topping. Woah. A lot going on here. Its sweet, cinnamon-y, and so rich in flavour thanks to some bourbon, vanilla and vegan butter. You better believe I topped it with a scoop of vanilla coconut milk ice cream because how could you not?!

Food bloggers are always so PUMPED about their recipes, but I swear this one totally deserves it. I got the Inspo from Half Baked Harvest. She made a recipe from Abby Fisher’s What Mrs.Fisher Knows About Old Southern Cooking. One of the things that sets her cobbler apart is that she uses biscuit topping AND and oat-based topping. Which, you know I had to try out for myself! Of course her recipe is not vegan (totally fine, I take Inso from non-vegan recipes ALL the time!) so I used the general idea as inspiration, borrowed the biscuit topping recipe from my own cookbook, and this recipe was born. 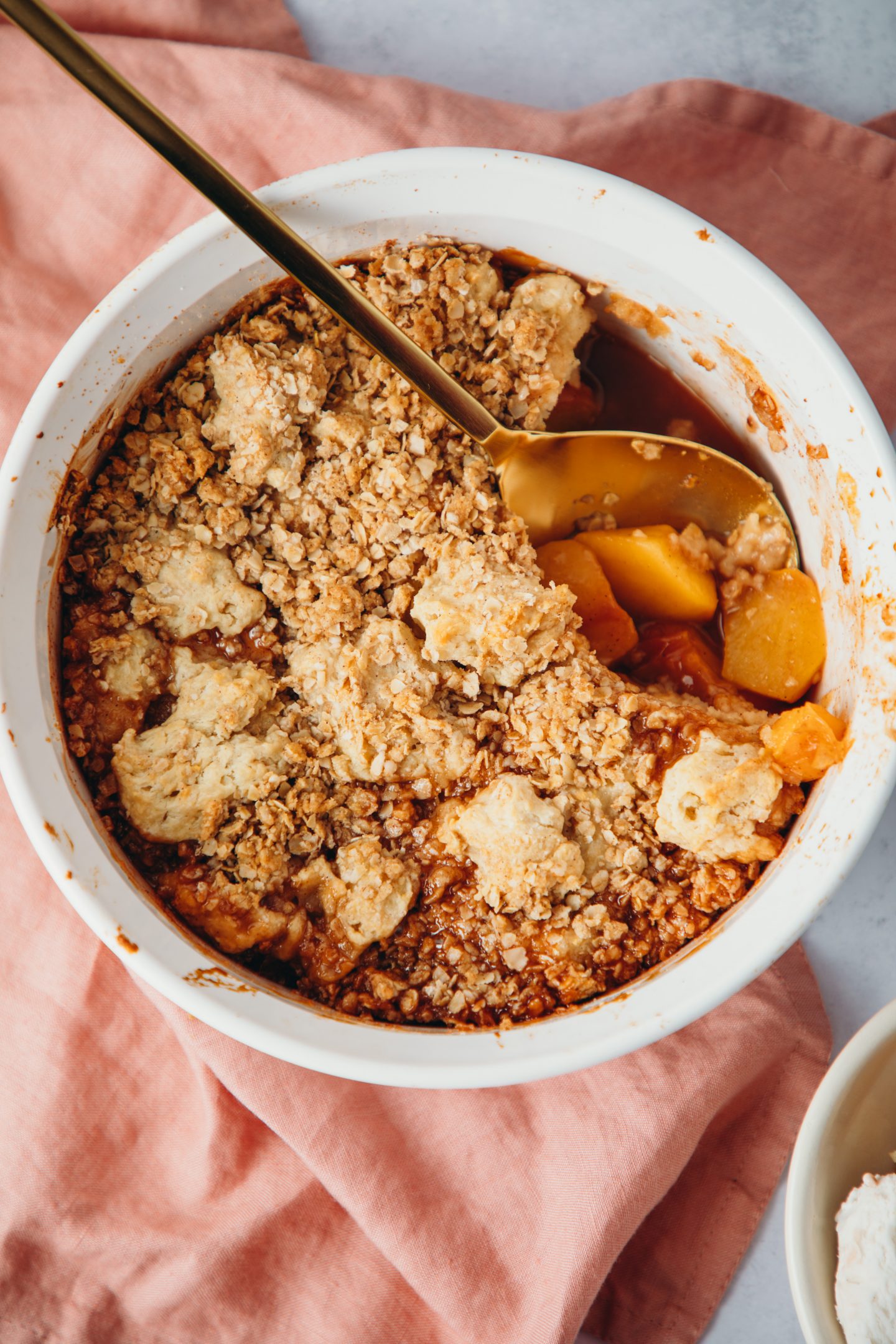 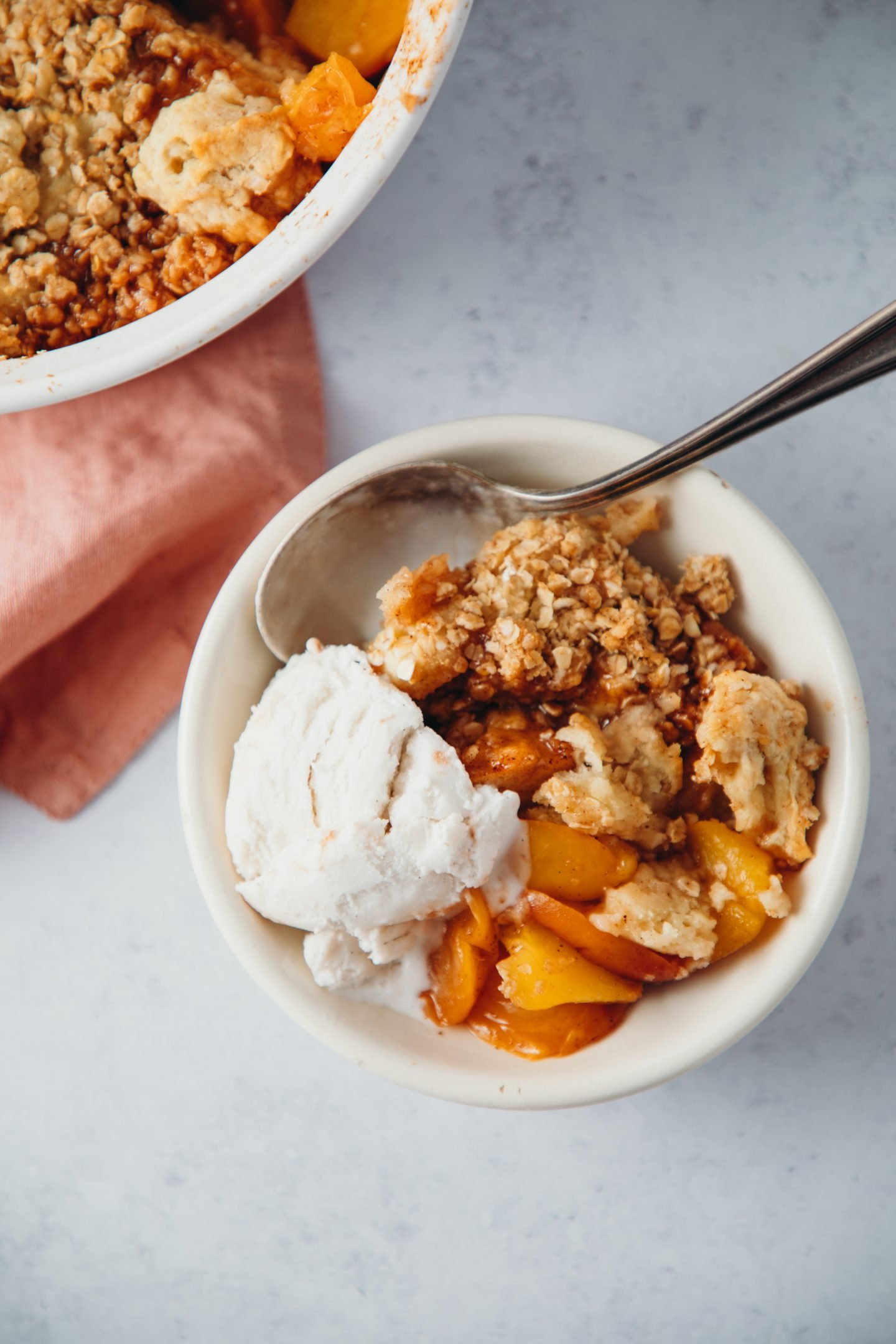