It’s about time I did a pizza recipe, I think! Would you guys believe me if I told you Greg could eat pizza every day and never get sick of it? It’s pretty much all he ever wants. And I like pizza, but its not top of my list of favourite foods. However, we do make homemade pizza about once a week. It’s delicious! Just not my first choice. I do it for Greg, to be honest.

Normally we get a store-bought dough ball to make things easier, but during the lockdown I started making my own pizza crust, and its so easy, its almost not even worth it to get store-bought! It tastes great, takes hardly any time, and lets be real- homemade is almost always better.

This pizza is crazy good: homemade crust, homemade creamy Alfredo, chunks of vegan chick’n (check out this recipe for homemade tofu chick’n and this one for seitan chick’n), spinach and green onion. Like, HELLO. So good!!!

Oh, and definitely serve this with some white wine if you’re making it for something special. Or if its just for you. Treat yo’self. 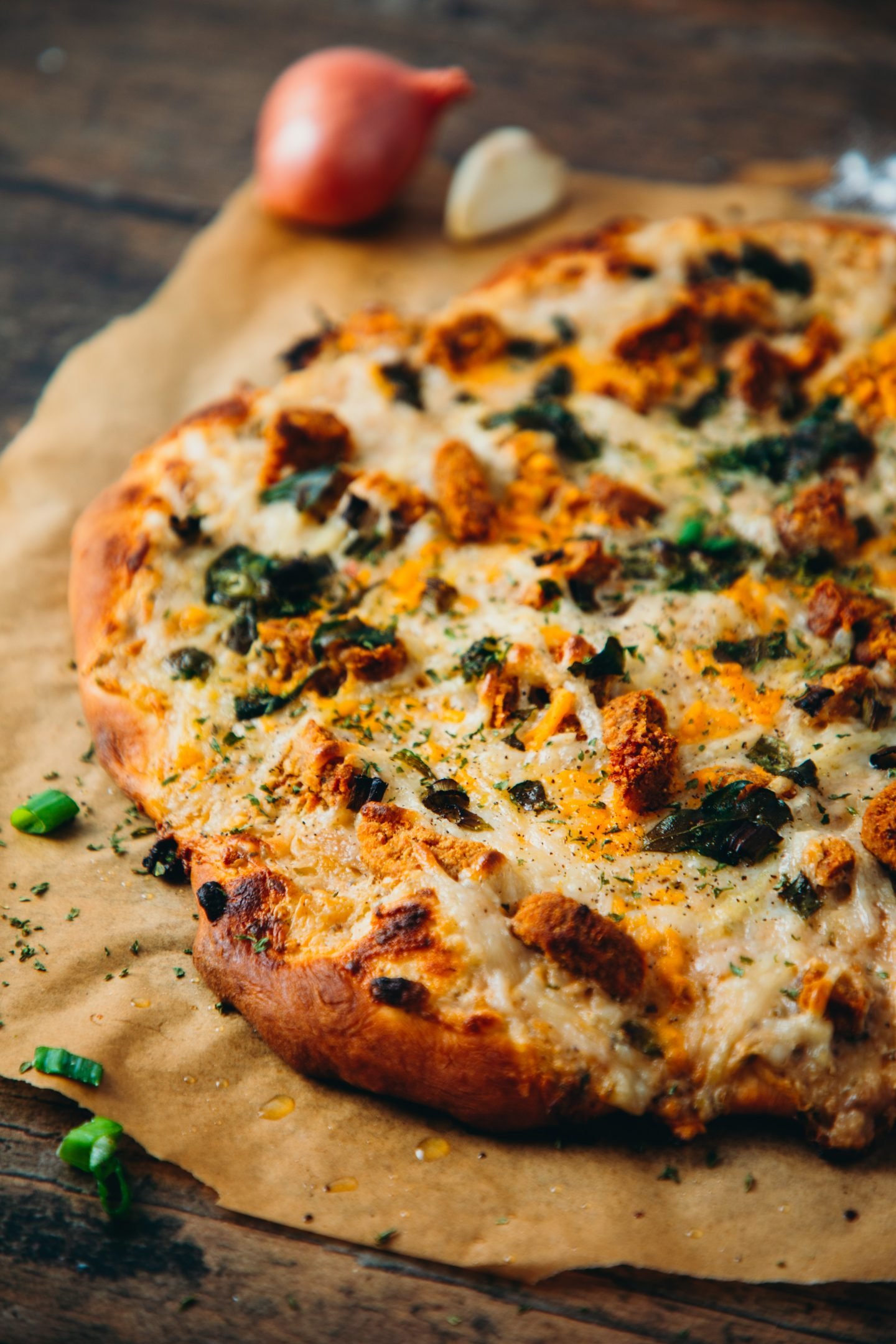 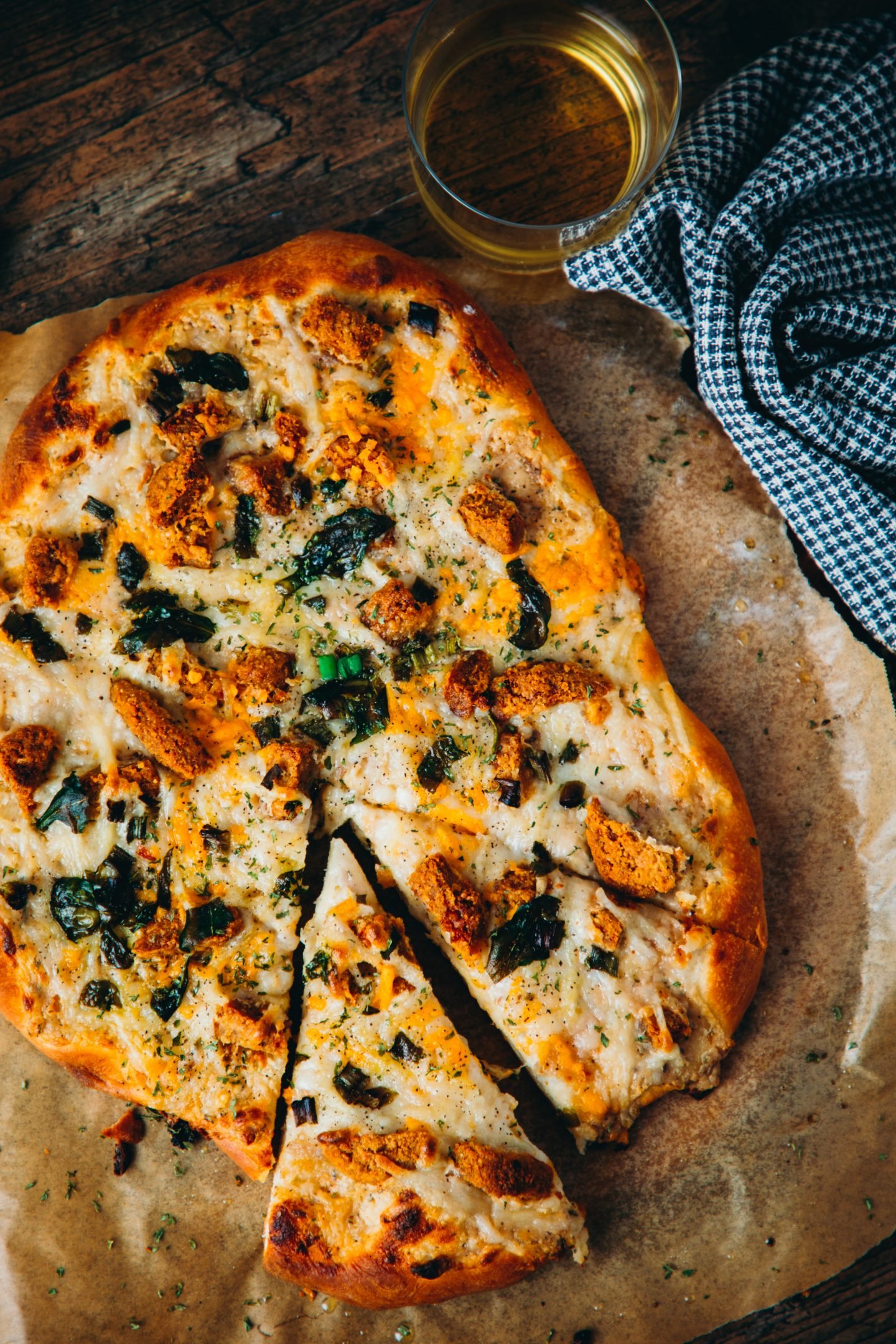 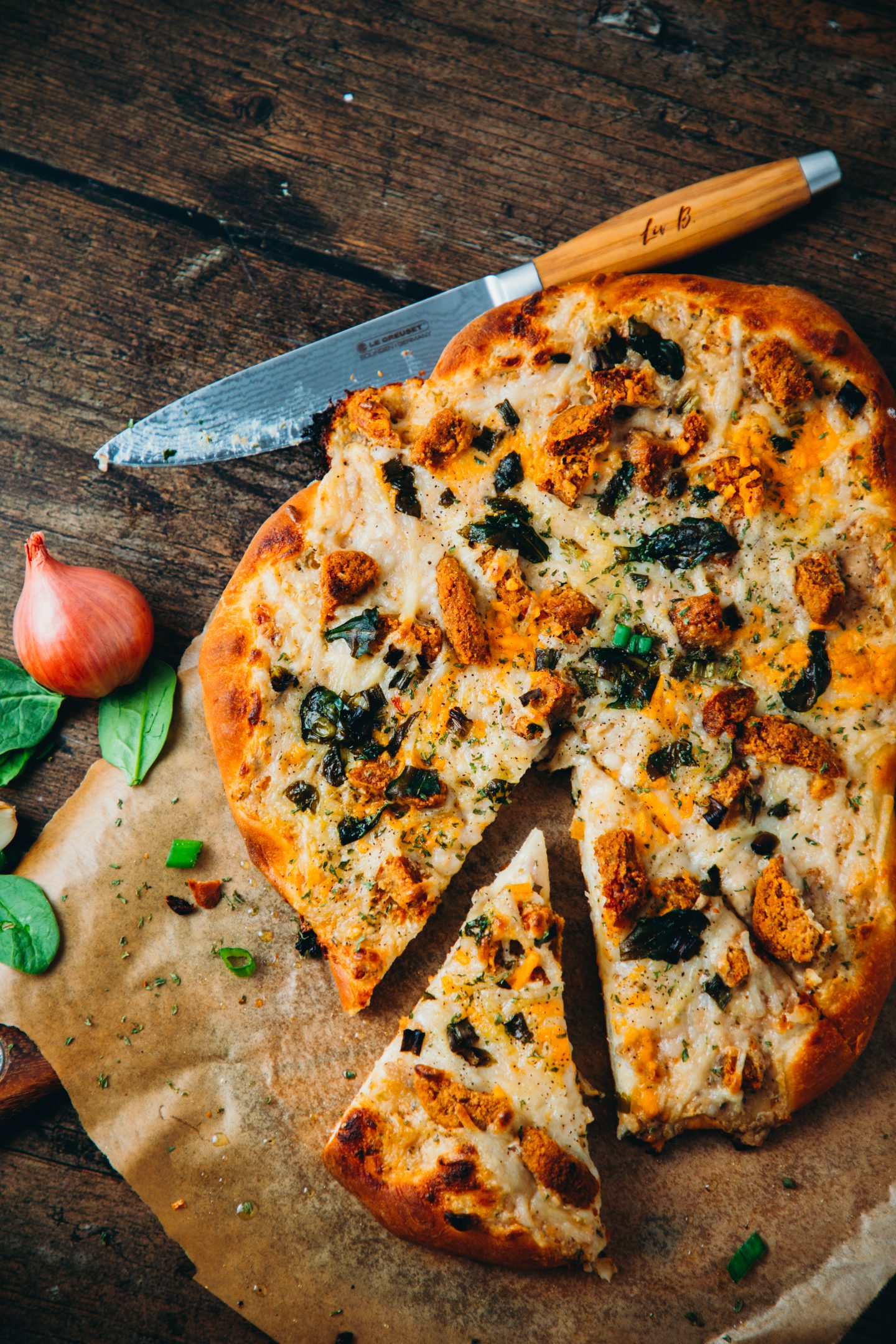