Today we are making this amazing vegan mocha snowflake bread! Have you guys seen all the snowflake/star bread on Pinterest? I’ve seen the photos popping up for a few years now but it always looks really fancy and hard so I never attempted. Is this how all my blog posts start? I feel like there’s so many new recipes I’ve attempted in 2020 that I was too scared to try before. Kinda love the personal growth! haha!

Okay. I’m going to preface this by saying this bread is not that hard to make! You have to trust me on this one. I also took step by step photos for this post so you can see how easy it actually is. I’m going to walk you through the process real quick before getting into the recipe, just in case any of you are still skeptical. There’s photos to make it even easier to understand the steps!

You start by making the dough. Its actually the same dough as my fluffy maple butter dinner rolls! I made the dough twice one day and instead of making two batches of rolls I decided to just try the dang snowflake bread. And you know what? It worked SO well. 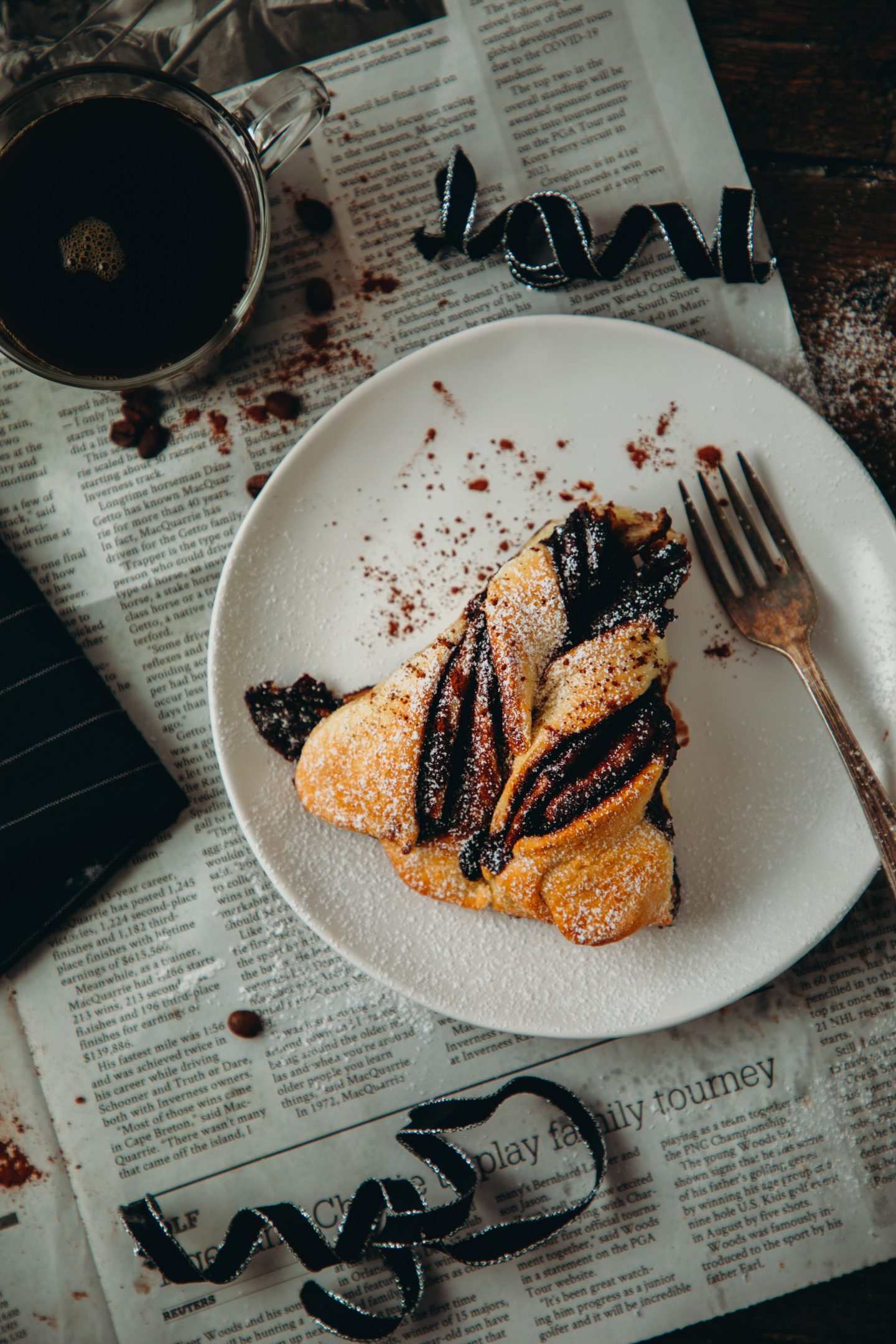 Then, you divide the dough into 4 pieces, roll each one out into a thin 10-inch wide circle. Then you just spread the filling onto each layer and stack them up. Don’t add it on top of the top circle though!

Then, place a round mason jar lid or a glass in the centre. Don’t push down, its just to use as a guide.

Now, you’re going to cut the dough into 4 equal sections. 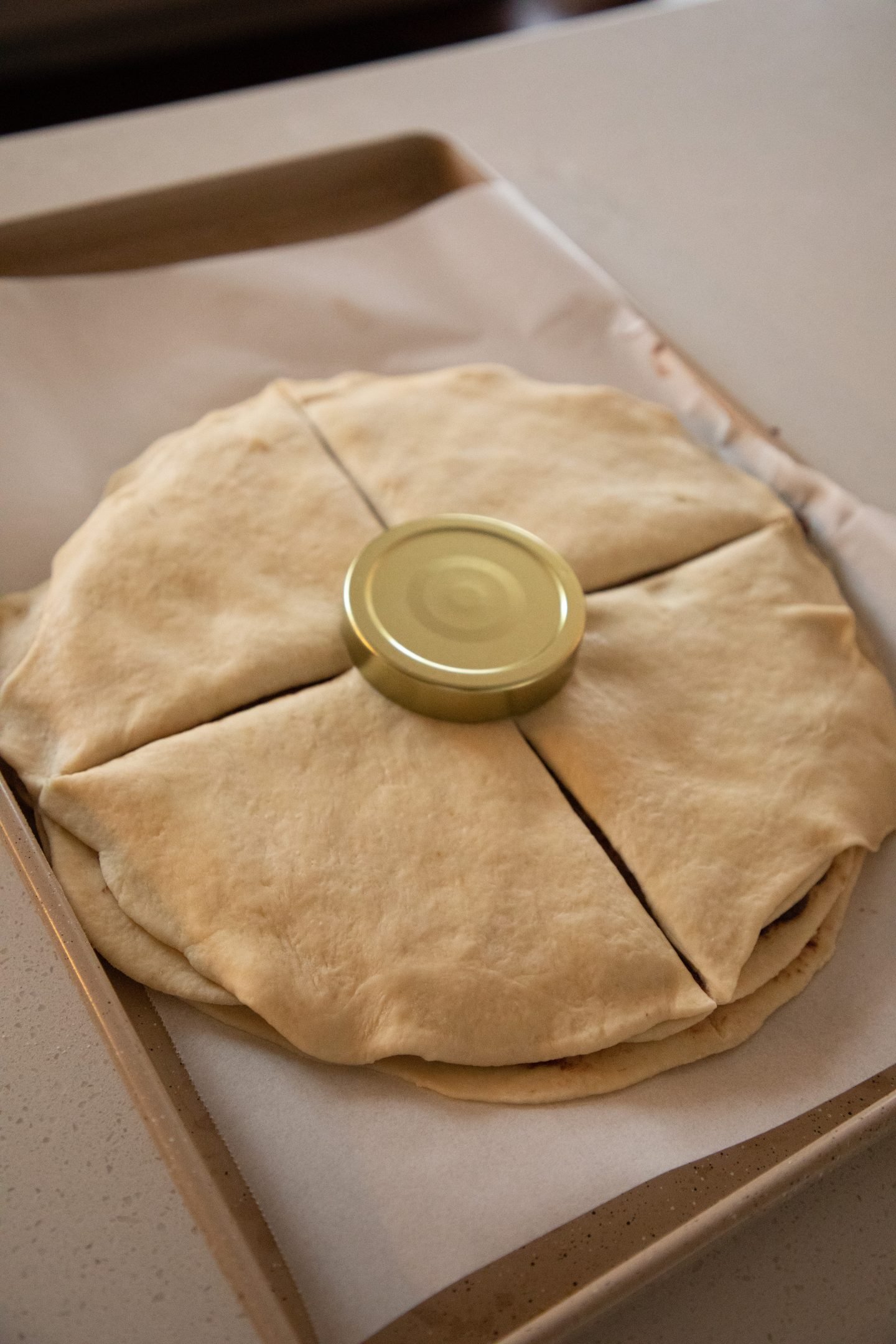 Then, cut each of those sections in half… 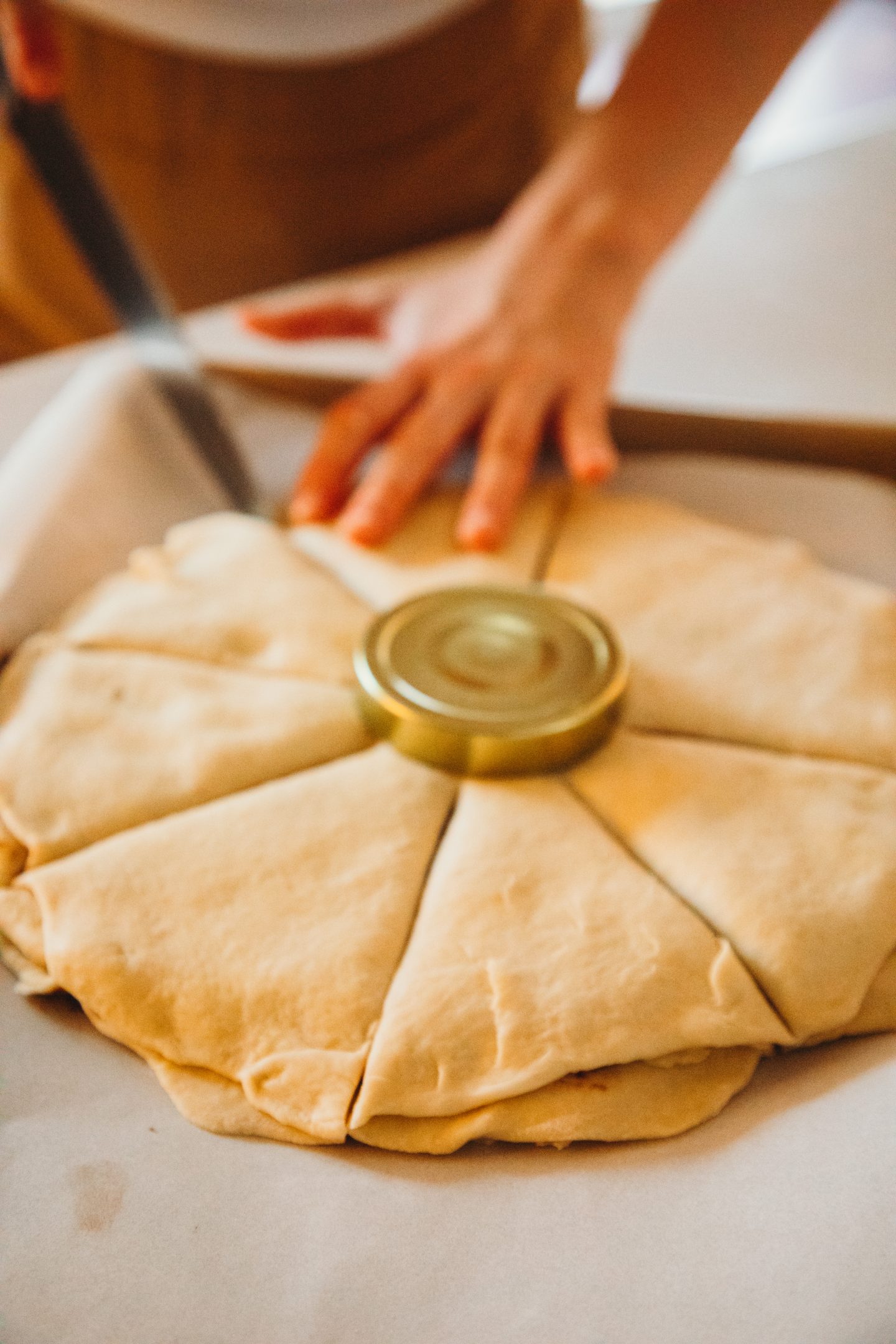 Then cut each of those sections in half one more time! Now you can remove the lid. 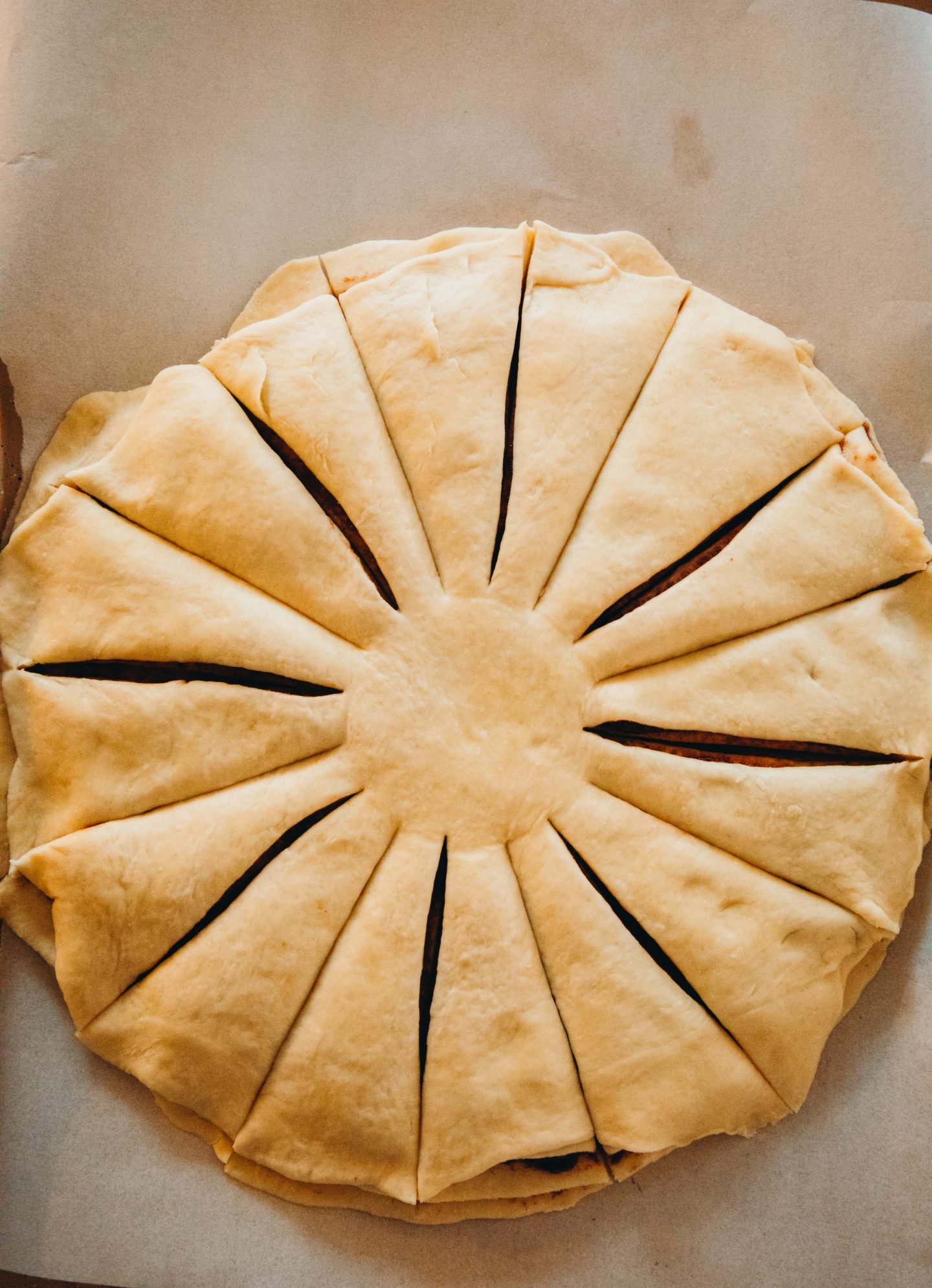 Here’s the fun part! Pick up two of the sections and twist them a few times inwards towards each other. 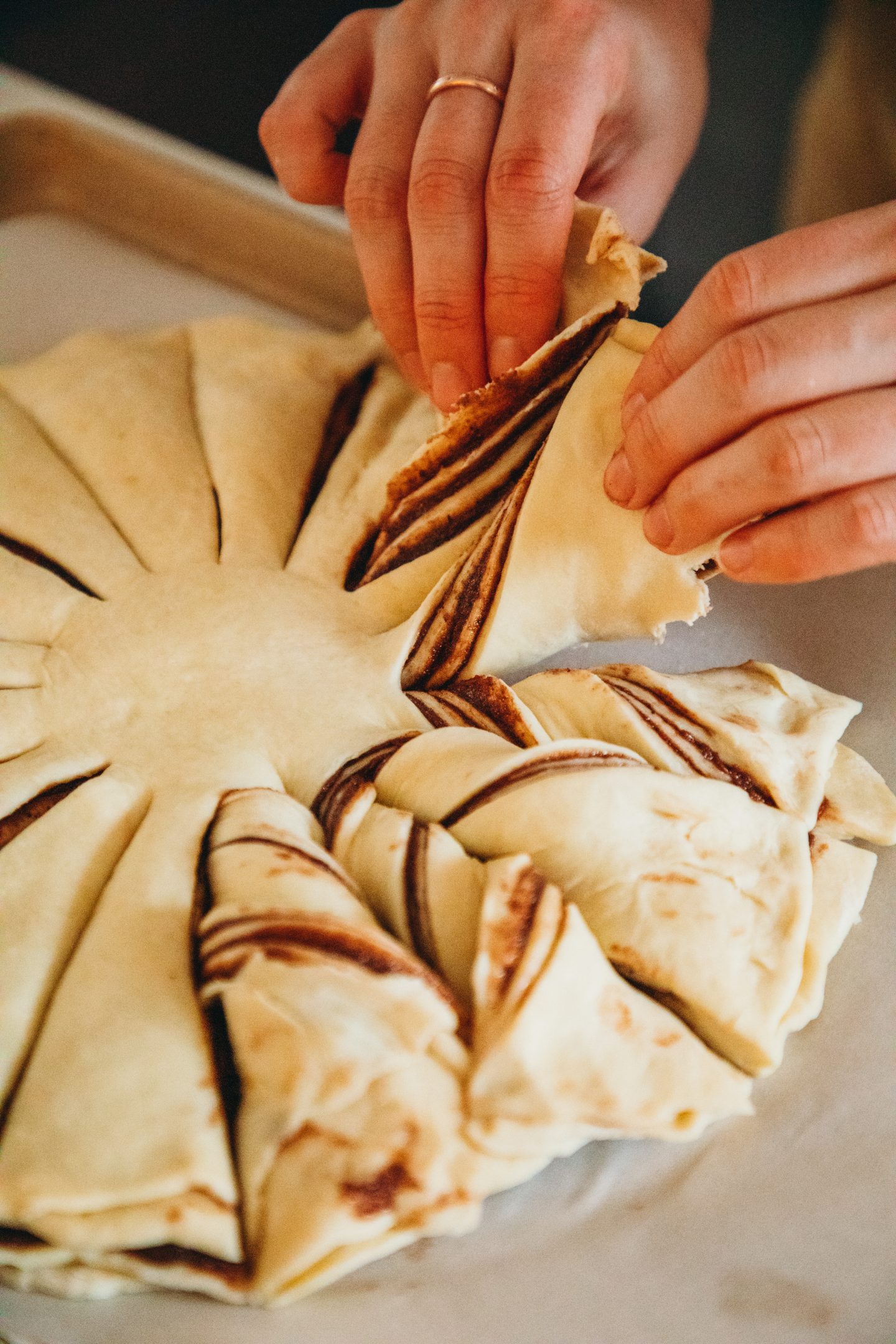 And just push down to hold them in place. Then you bake it right on that pan and it will come out looking like a fancy pastry from a cafe. Promise! 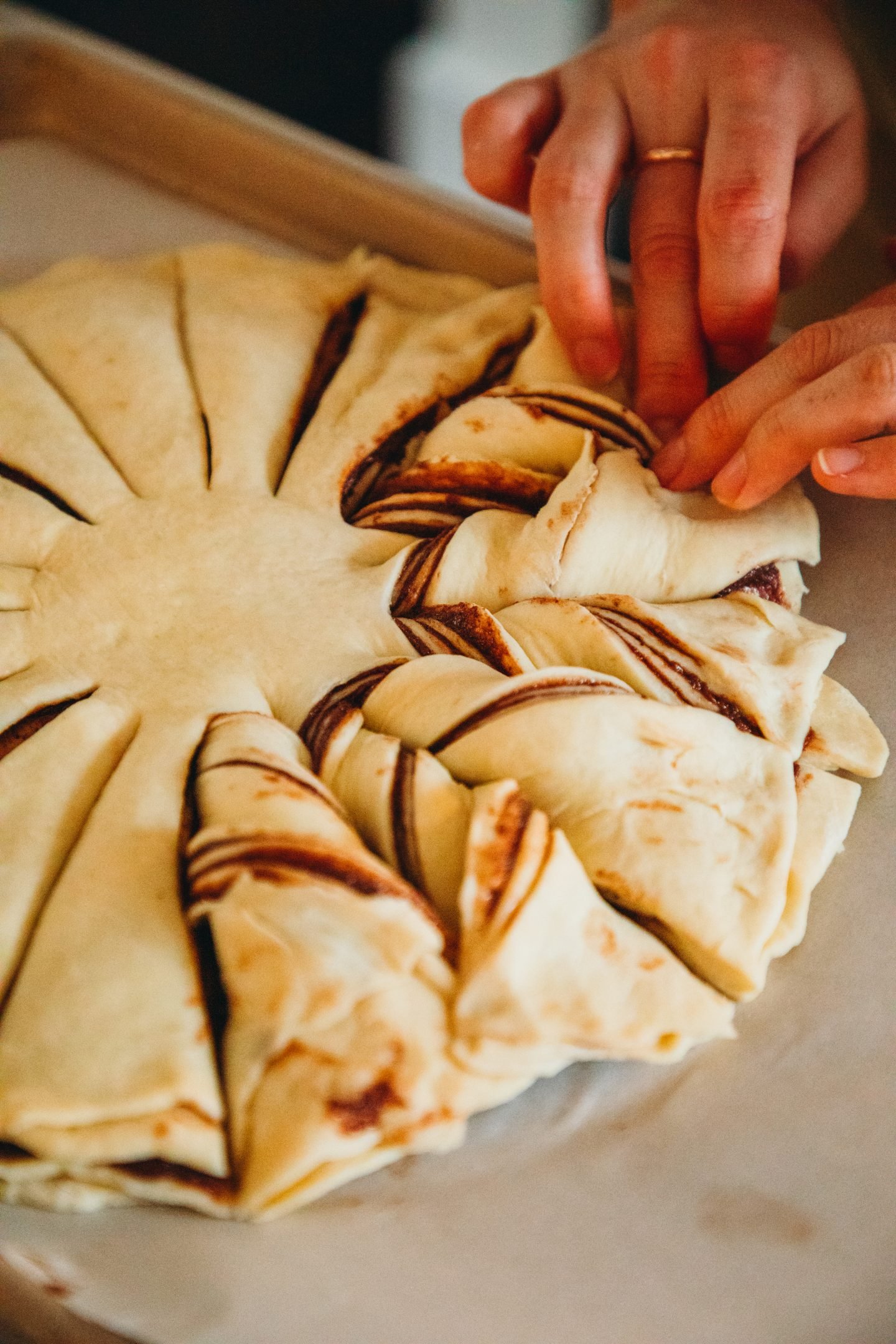 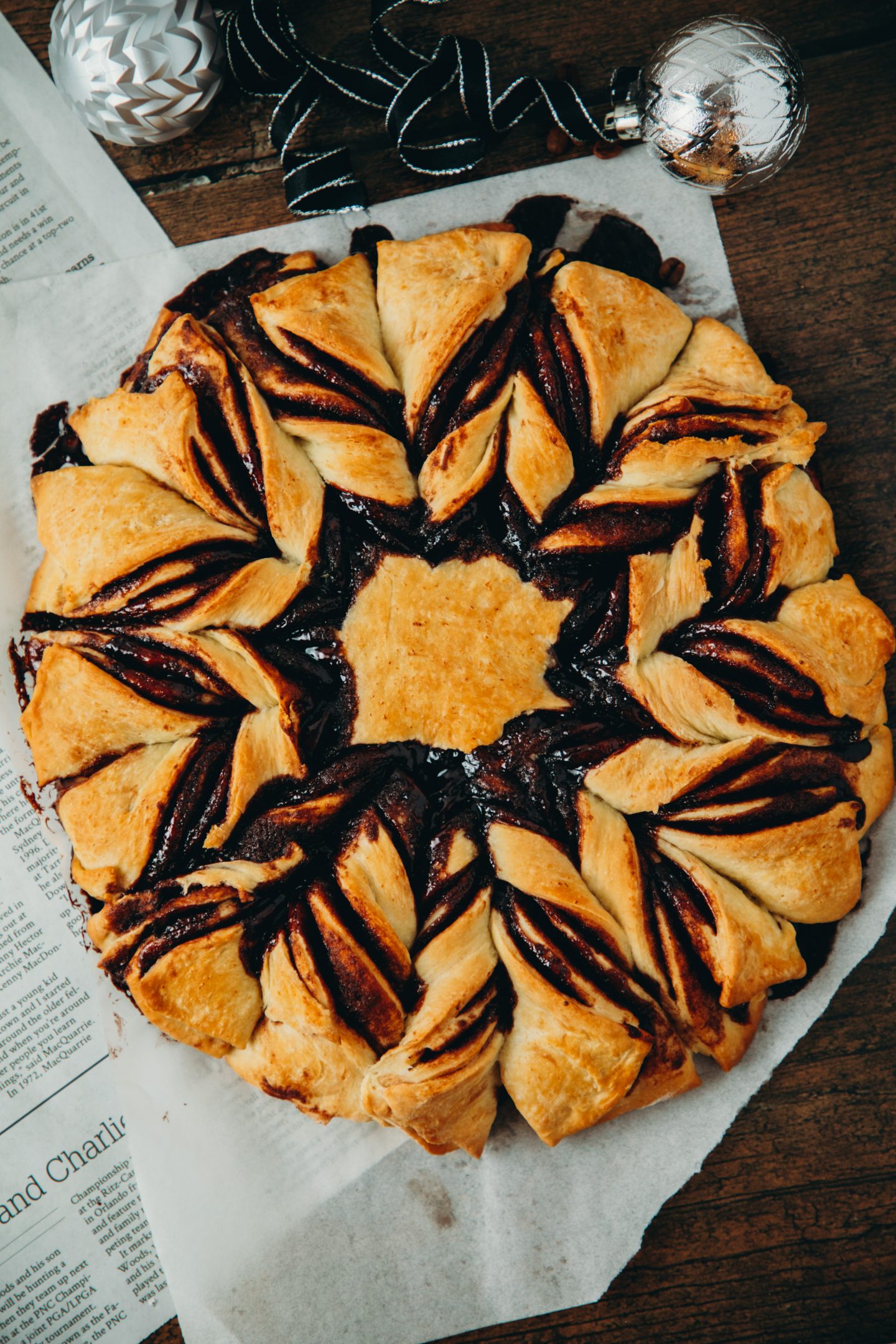 The most amazing, chewy, luscious vegan mocha snowflake bread! Looks fancy, tastes fancy, but isn’t as tricky as you would think!

Powdered egg replacer normally has the instructions for 1 egg on the package. Typically it is 1 tsp to 1 tbsp powder, plus water. Then you let it sit for 5 mins. You could also try a flax egg by mixing 1 tbsp ground flax with 3 tbsp water but I have not tried this myself! 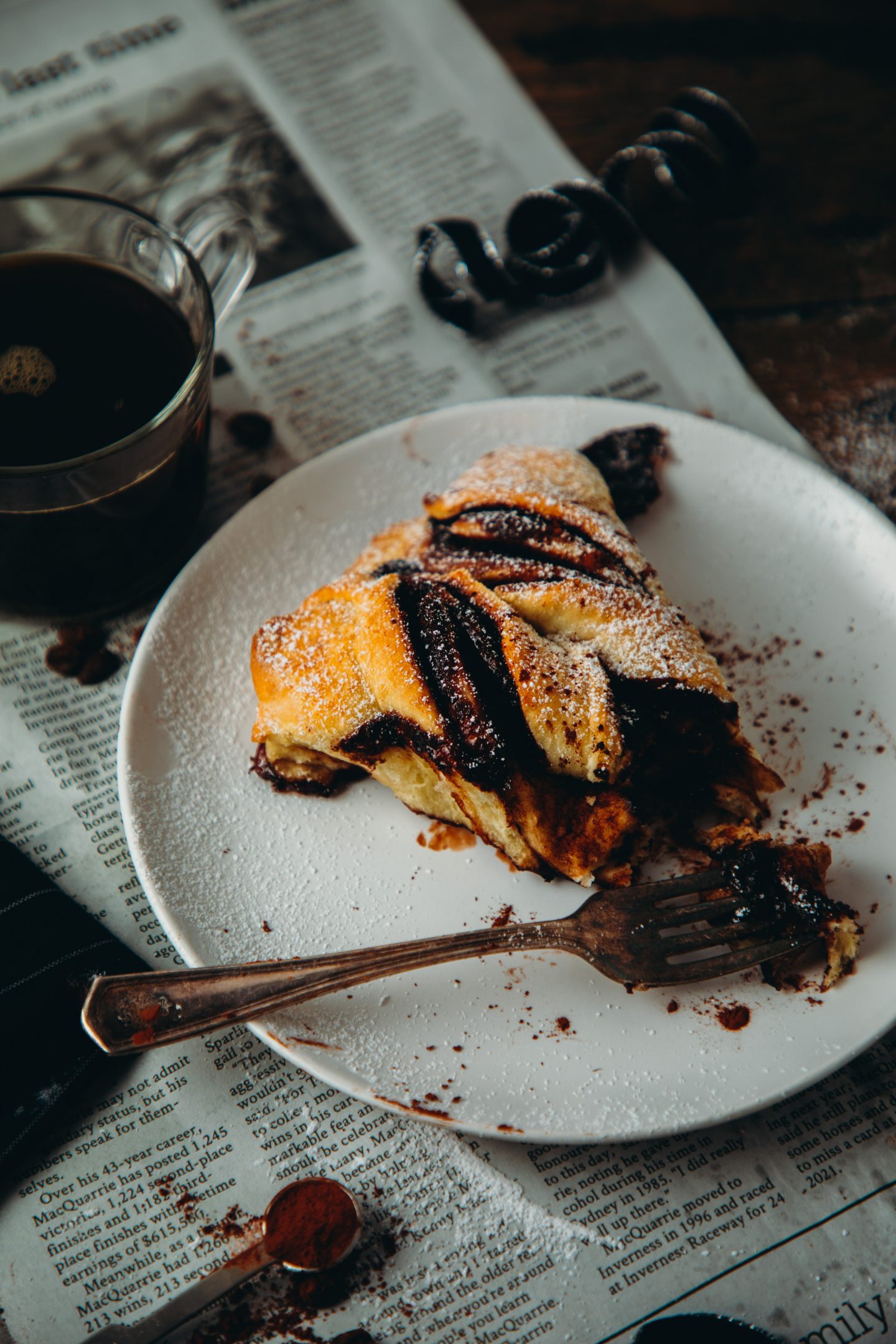