The best-ever Maple Brown Sugar Skillet Cornbread. I really think we are all in need of a cozy comforting cornbread recipe right now. This recipe is special because its made in a skillet with brown sugar AND maple syrup. And want to know a secret? Its amazing with vegan butter and more maple syrup drizzled overtop, fresh out of the oven. Its like of like a giant cornbread pancake. And its SO GOOD. I promise you will LOVE this vegan Maple Brown Sugar Skillet Cornbread!

My original vegan cornbread recipe is a classic here on itslivb.com. But this holiday season I have been looking to elevate the classics and make them even cozier, and to be honest, easier. Baking this cornbread in a skillet is super easy and looks fantastic. I used an 11 inch cast iron skillet, and this one is actually from the thrift store! I found a video that showed how to refinish and season an old rusty cast iron pan and it worked perfectly! I just greased it before pouring in the batter and didn’t even need parchment paper! Talk about easy.

You can also bake this cornbread in a baking dish if you don’t have a skillet, but the skillet just makes it so much fun. And round! Truly like a delicious, sweet, cornbread pancake. 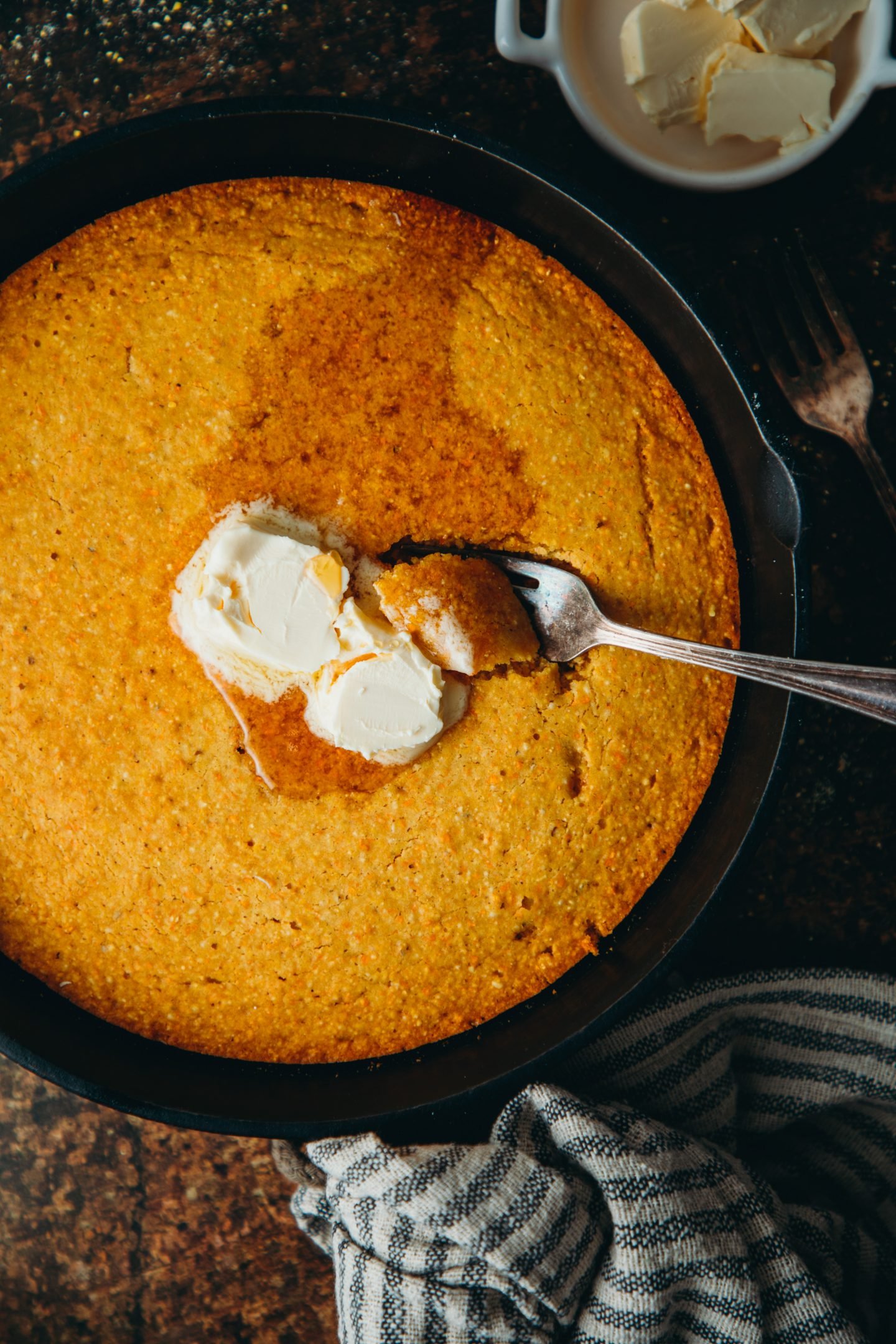 The base of the cornbread is cornmeal and flour. I use a more rustic cornmeal by Bob’s Red Mill that has some husk & kernel pieces, but the regular fine cornmeal works too! Doing a mix of cornmeal and flour is key because it keeps it together while still getting that amazing colour and flavour.

We have vegan “buttermilk” made with nondairy milk & vinegar, plant-based butter (I use Becel Sticks) an egg replacer (Bob’s Red Mill or a flax egg, see note in recipe) and then of course the brown sugar and maple syrup. Pretty much all pantry staples if you keep a well-stocked baking cupboard like I do! Otherwise all of those things are pretty easy to find at your local grocery store.

I love a good side like anyone else and to be honest, my go-to “bread” would usually be corn bread! I just love it so much! But check out these other vegan side recipes too!

The Original Cornbread with Gluten-Free Option

Last but not least before we get into the good stuff, if you make this Maple Brown Sugar Skillet Cornbread, be sure to leave a comment and/or give this recipe a star rating! I love to hear when you all are enjoying the recipes! Its my fav! And if you have time to snap a pic, don’t forget to tag me on Instagram!

Powdered egg replacer normally has the instructions for 1 egg on the package. Typically it is 1 tsp to 1 tbsp powder, plus water. Then you let it sit for 5 mins. You could also try a flax egg by mixing 1 tbsp ground flax with 3 tbsp water but I have not tried this myself! 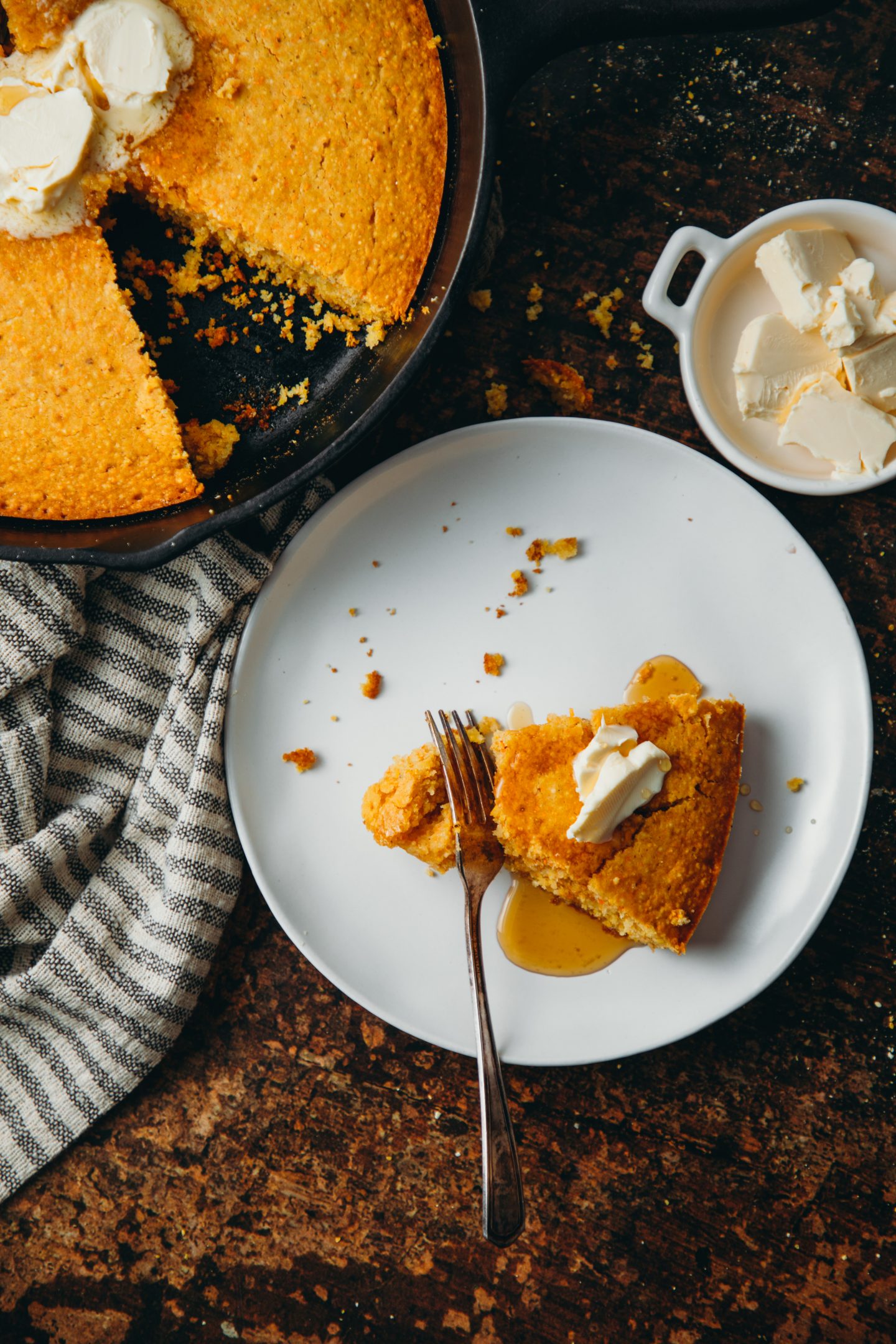 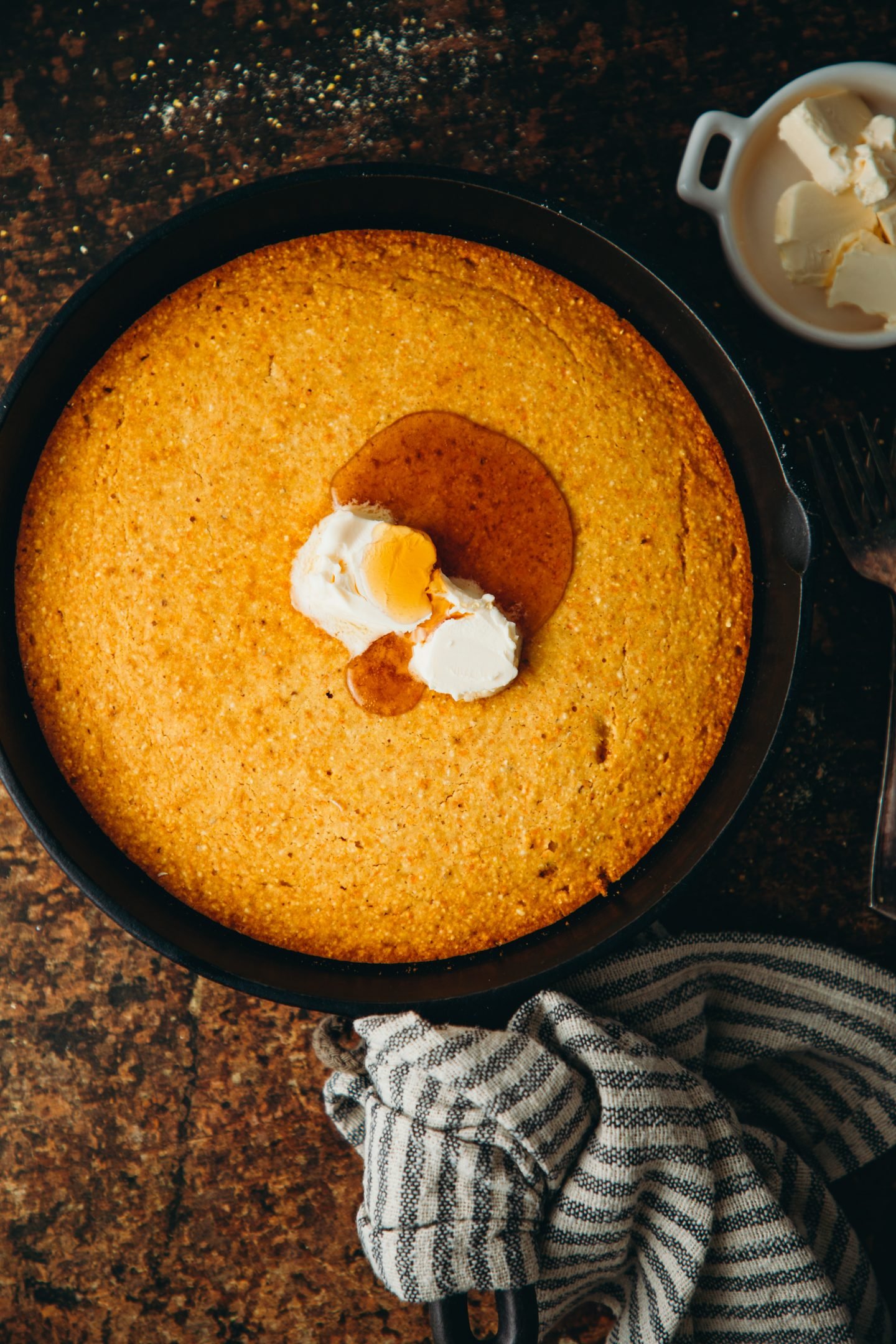