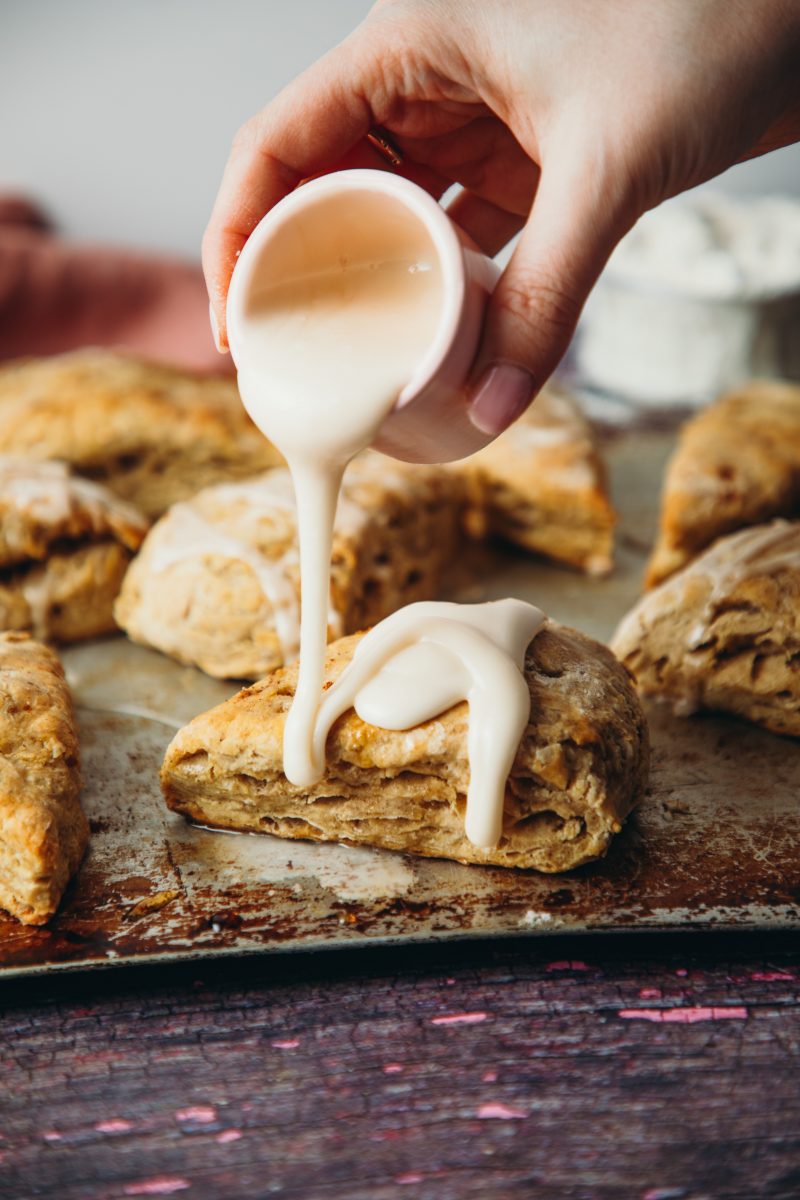 Happy Friday! Today I am sharing some weekend baking Inso: Vegan Cinnamon Buttermilk Scones with Maple Glaze! I can’t think of a better recipe for easy, relaxing Sunday baking. This recipe is simple, uses very basic pantry ingredients and takes no time at all.

They take about 30 minutes total to whip up and when I tell you they’ll make your kitchen smell so. freaking. amazing. You just have to trust me! Eating a hot cinnamon scone with fresh maple glaze with your morning coffee is pretty much the best thing I can think of. Vegan buttermilk is super easy to make- its just a combination of nondairy milk and vinegar. I prefer apple cider vinegar for baking but white vinegar works too! 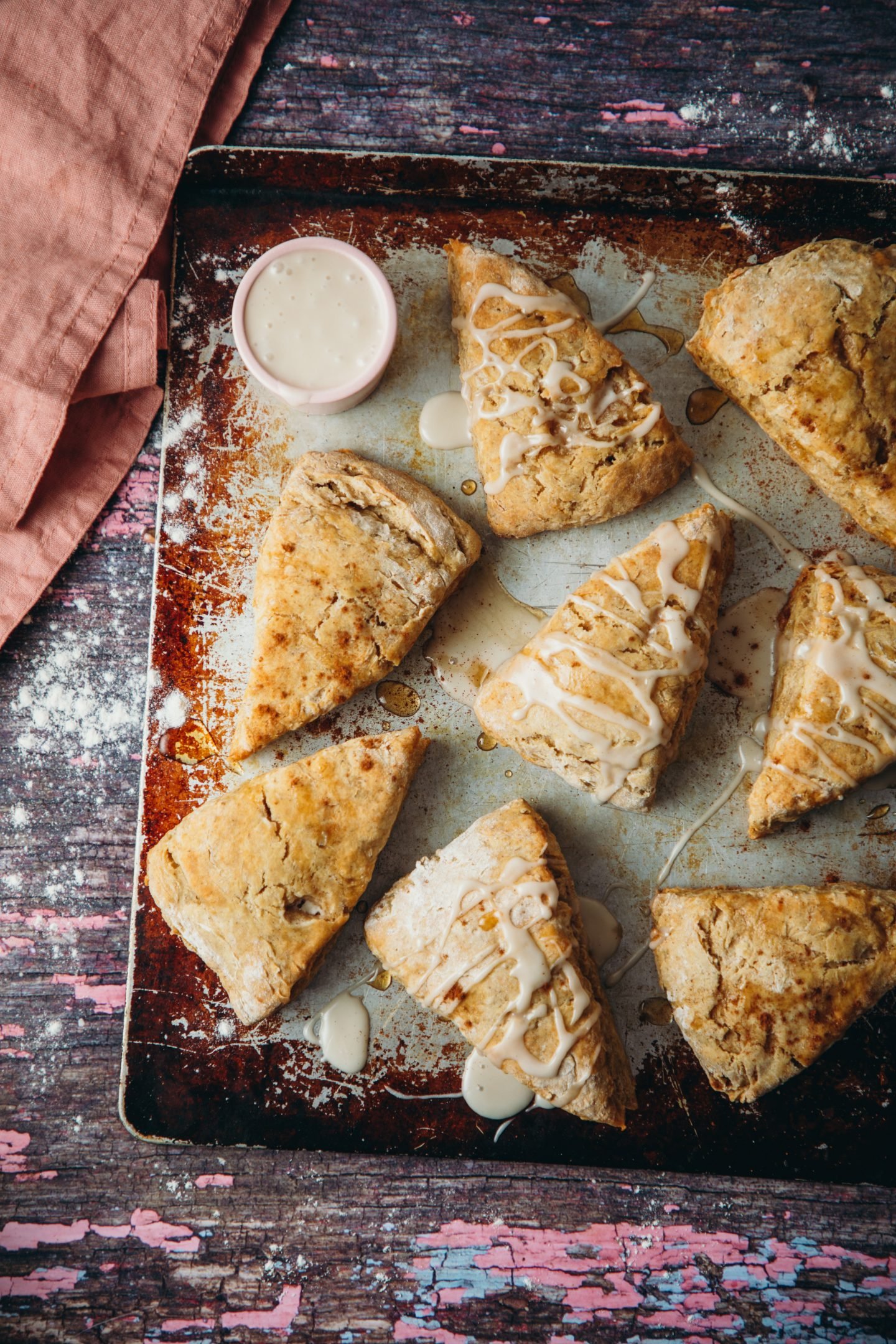 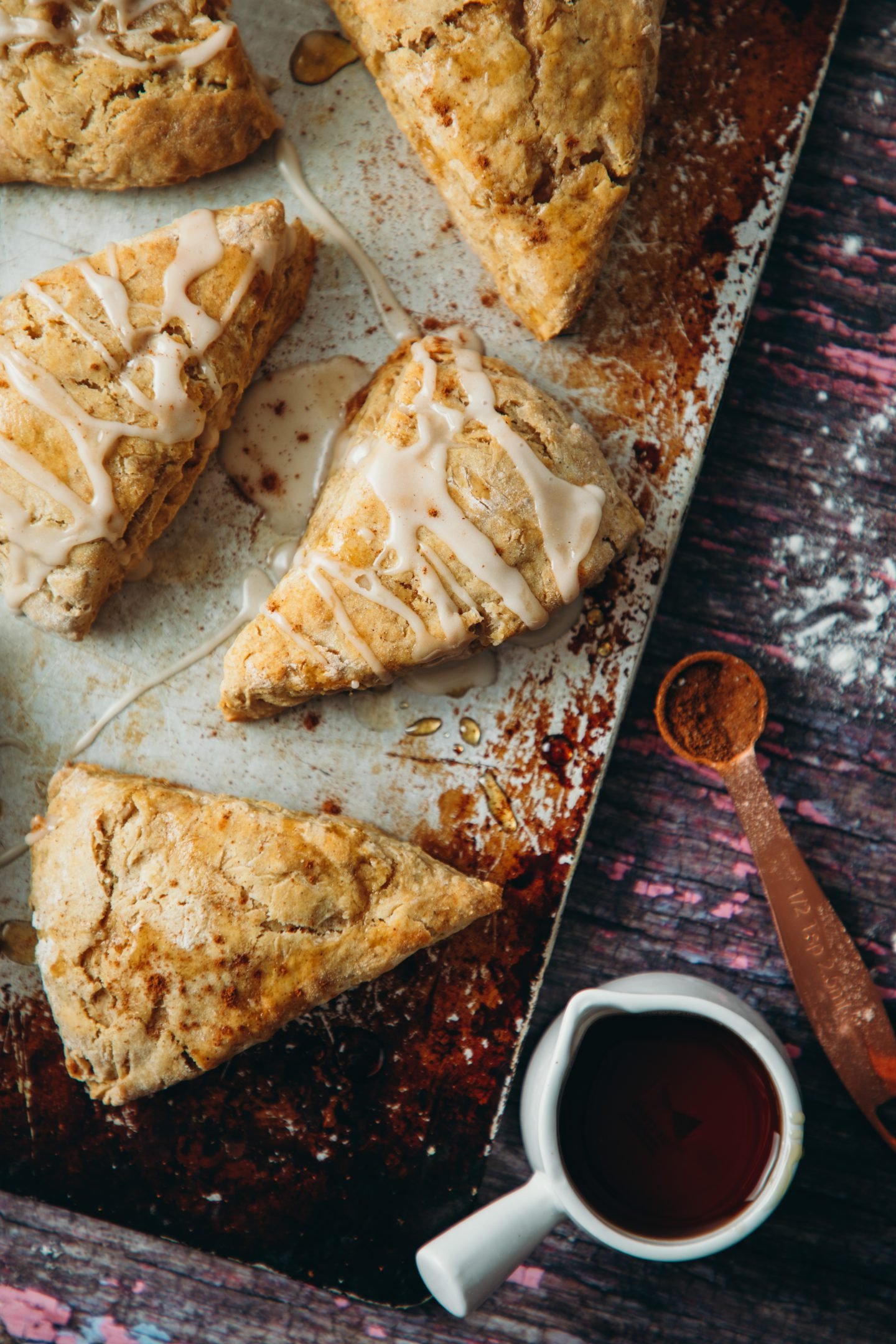 Its freezing cold here but I am so happy its Friday because I am in the mood for a whole lot of baking and re-watching Good Girls (new season comes out March 7!!!) So, do yourself a favour and put this recipe on your to-do list. You will not regret it!

Vegan cinnamon buttermilk scones with a maple glaze in under 30 minutes! 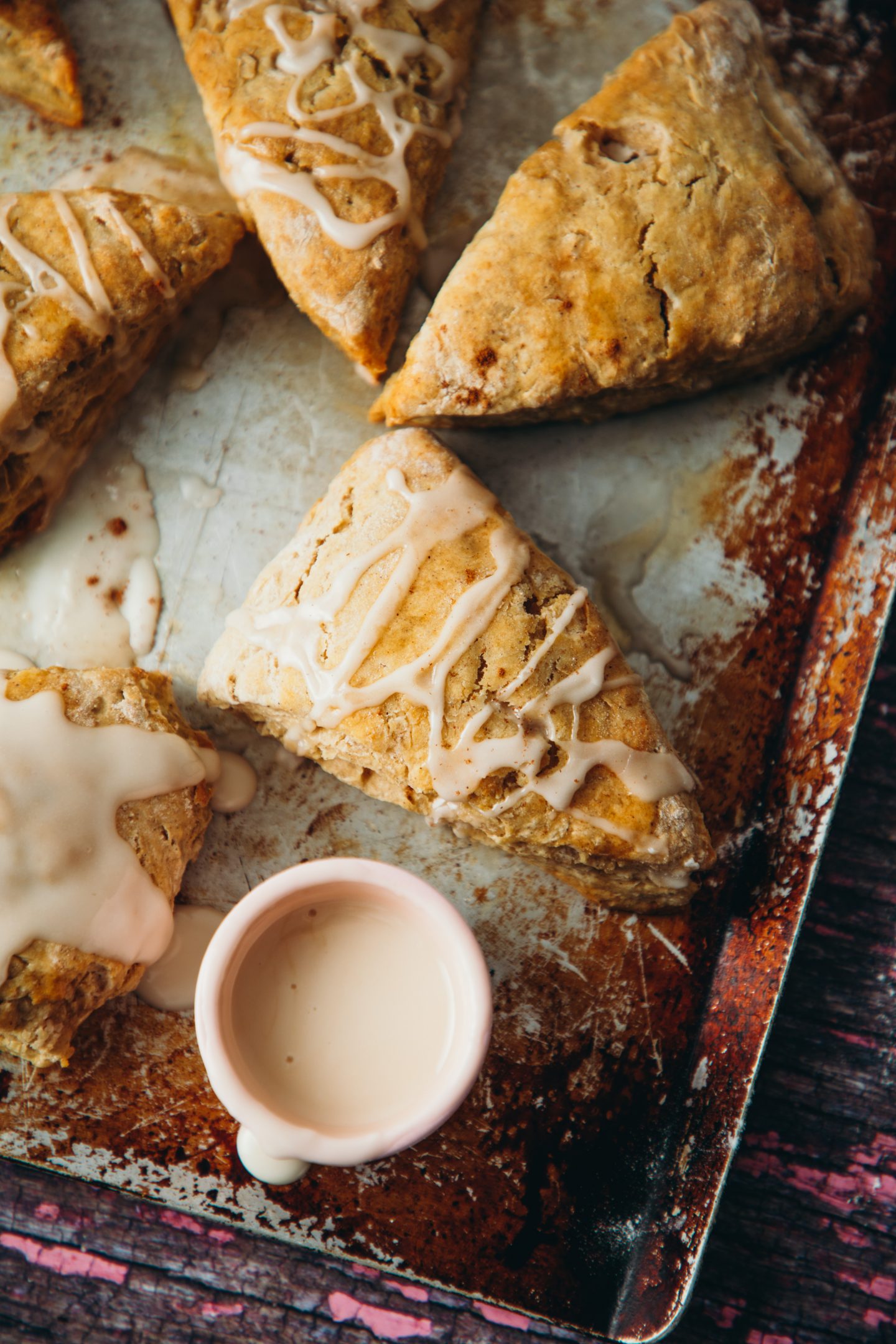 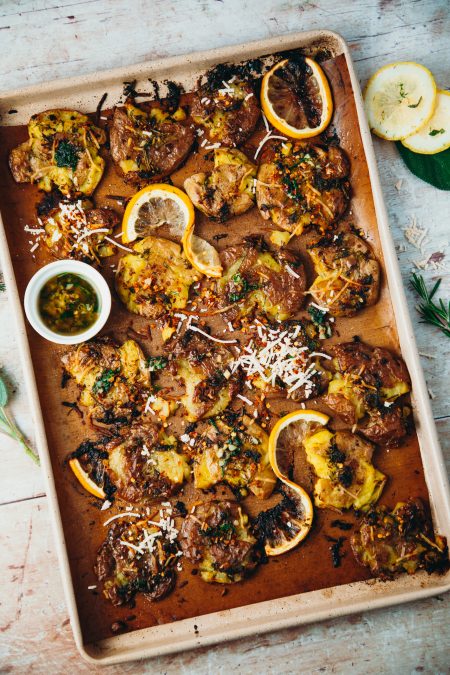 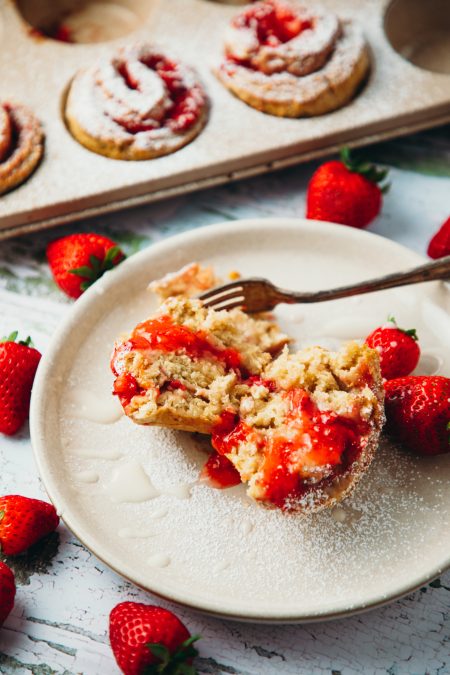 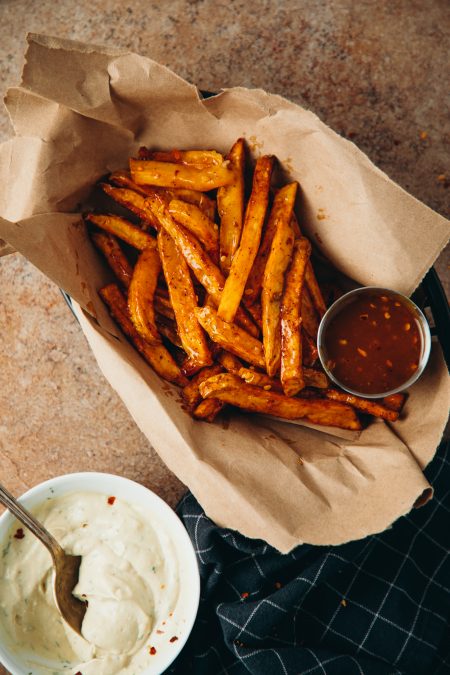