Today I asked on Instagram if you wanted a coffee cake muffin recipe or meatball recipe and it was about 60% for Cinnamon Swirl Coffee Cake Muffins, so here we go! Soft vanilla muffins with a cinnamon swirl inside and topped with golden buttery streusel. What dreams are made of, basically.

So a few weeks ago I had the new Copper Branch coffee cake muffins and my life hasn’t been the same since. I know it’s dramatic, but dreaming of muffins isn’t even that weird for me. I knew I had to recreate the muffins at home so I could get on with my life and stop dreaming about them. I love Copper Branch but it is all the way downtown and I would like to have an endless supply of the muffins at my house at all times. Therefore, I needed a recipe!

One of my very popular blog recipes is this cinnamon loaf. Its basically a coffee cake loaf, and it is so, so delicious. I took inspiration from that one (including the cinnamon swirl middle) and these Cinnamon Swirl Coffee Cake Muffins turned out amazing! 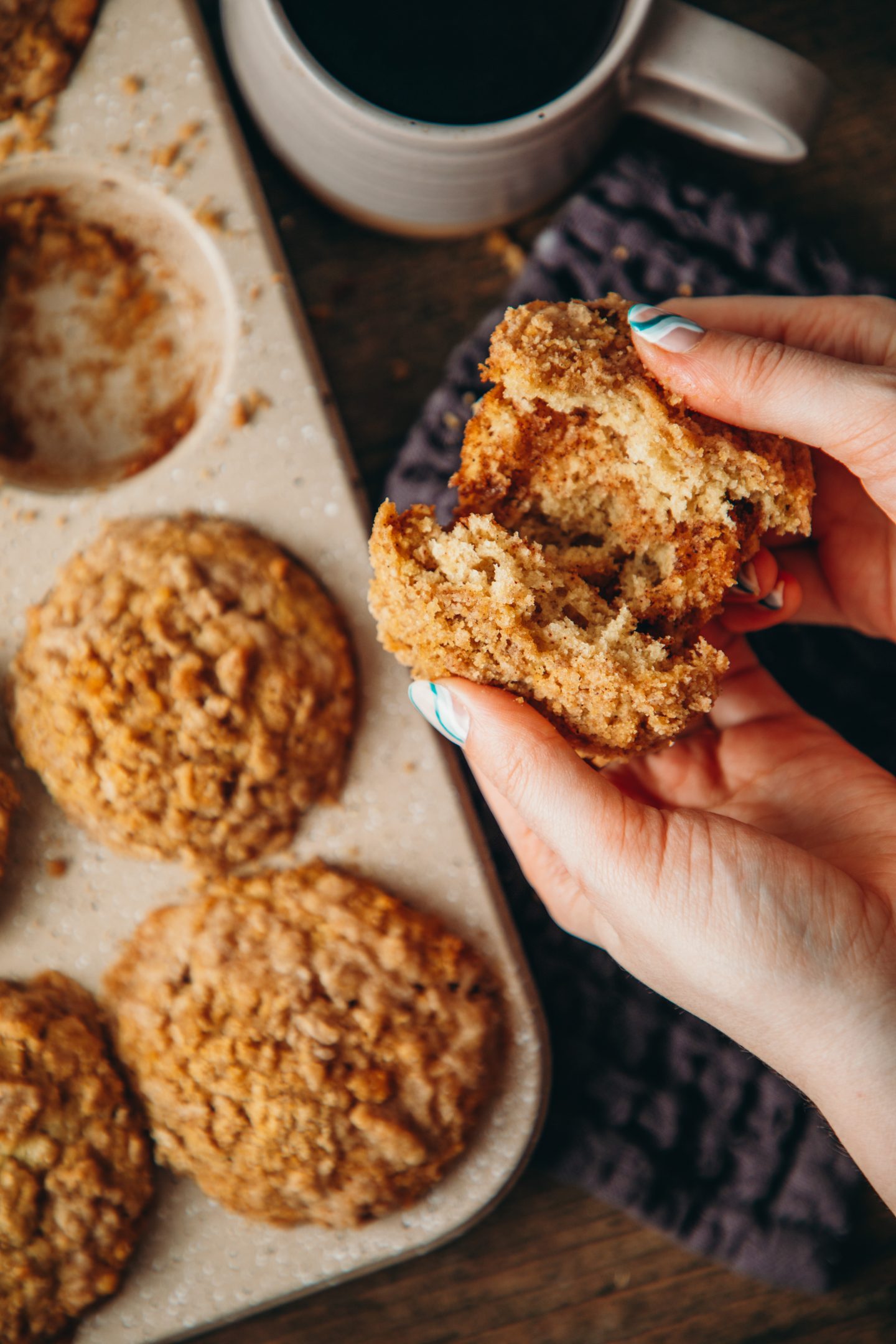 By the way, apparently my fiancé Greg didn’t know that coffee cake isn’t actually coffee flavoured cake. His mind was blown (and he was a bit annoyed honestly) but I explained that the reason its called coffee cake is because it’s the perfect pairing with a cup of coffee or frothy latte – not because it contains coffee! Now that we have it cleared up, lets make Cinnamon Swirl Coffee Cake Muffins!

These Cinnamon Swirl Coffee Cake Muffins pair perfectly with a cup of coffee or frothy latte! Buttery cinnamon streusel top, cinnamon swirl in the middle – what more could you need! 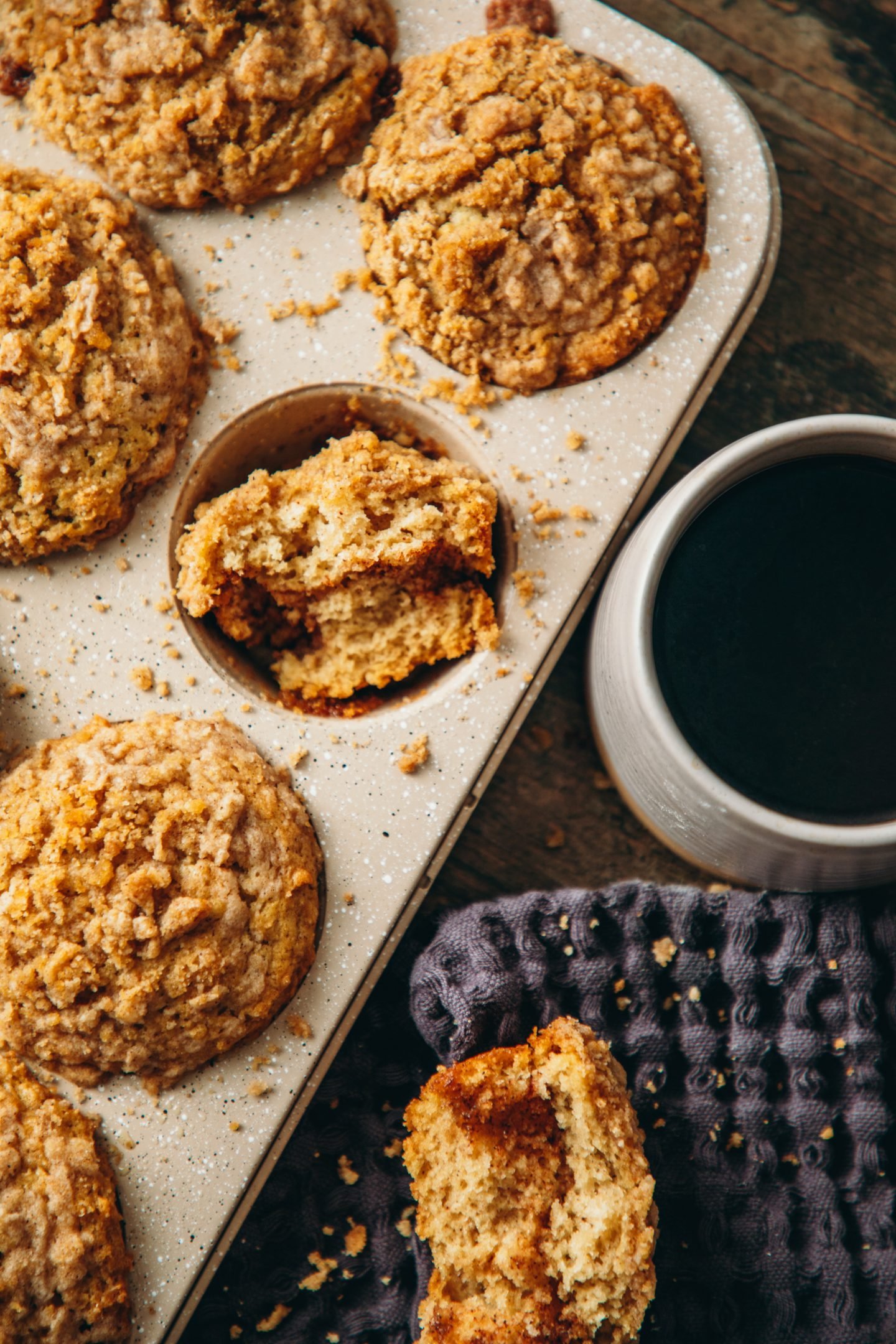