This Asparagus & Feta Vegan Frittata is soy-free, dairy-free and gluten-free. You might be wondering what this is made of, if it isn’t made of eggs or tofu. The answer is: chickpea flour! I swear this springy frittata is the easiest “fancy-sounding” recipe EVER. What is frittata? Its like a crust-less quiche! It is SO easy to make and only requires a few ingredients and about 30 minutes.

Springy fresh asparagus and onion, sautéed in a cast iron skillet, then topped with the “egg” mixture which is chickpea flour, spices and water. We top it with some vegan feta (I use Violife brand but any vegan cheese works here!) before baking, and then some extra after. And don’t forget the chilli flakes!

I think this vegan version is even easier than normal frittata because you don’t have to make a mess cracking a bunch of eggs. Its literally just whisking together powders, sautéing the veggies and then baking right in the skillet! 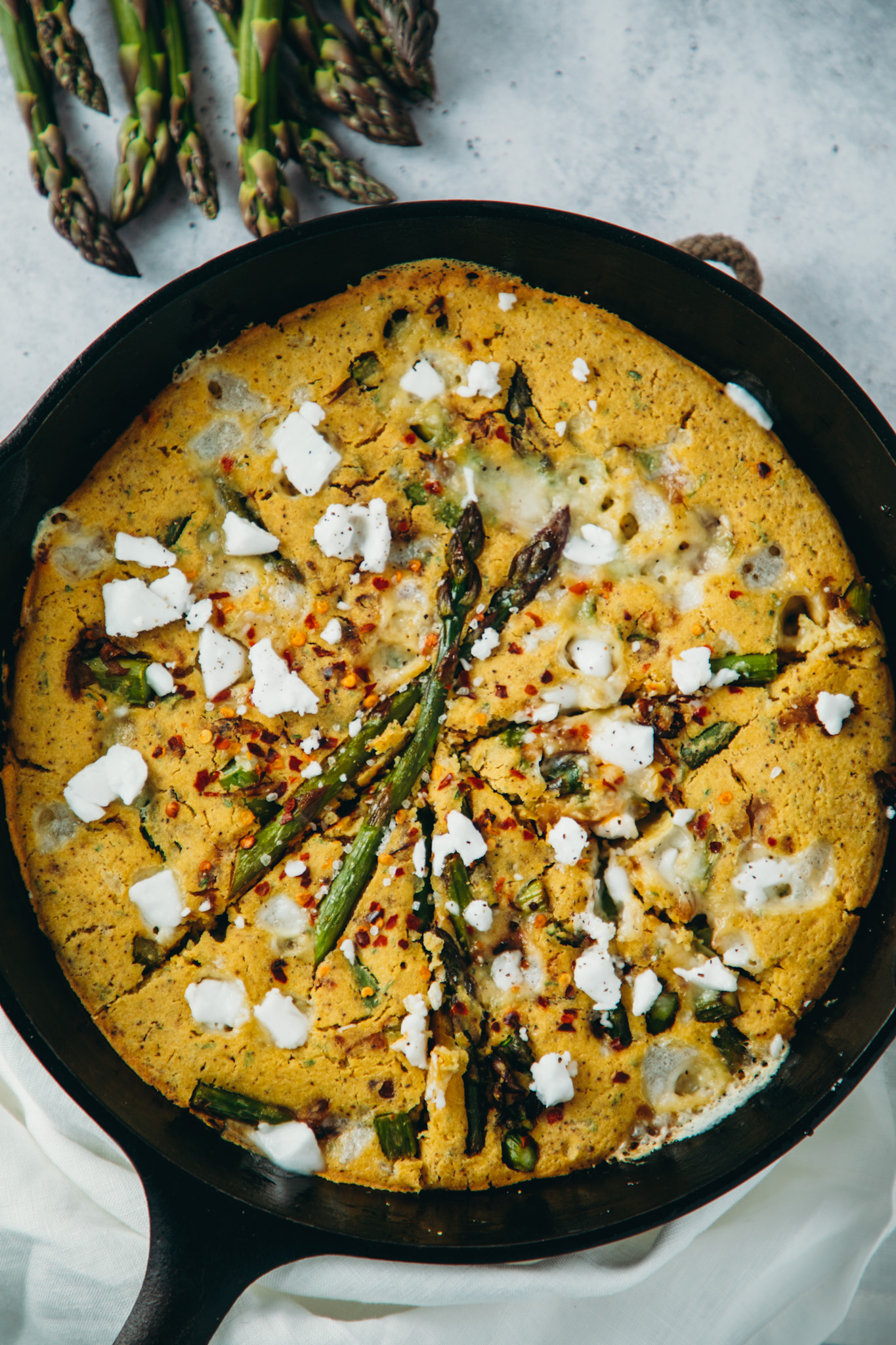 I don’t have/like asparagus! Can I sub something else?

Don’t worry, you can sub another veggie. My sister in law actually made this right after I did because I sent her the recipe ahead of time- but she used mushrooms instead! Her and her roommates loved it. I would also suggest broccoli, shredded zucchini and carrot, or even fresh peas as an alternative to asparagus. BUT if you’re hesitant on asparagus because you don’t like it, I will say that Greg hates asparagus but happily ate a giant slice of this frittata with no complaints.

Vegan frittata made with chickpea flour, spices, asparagus, dairy-free feta and a whole lot of love! 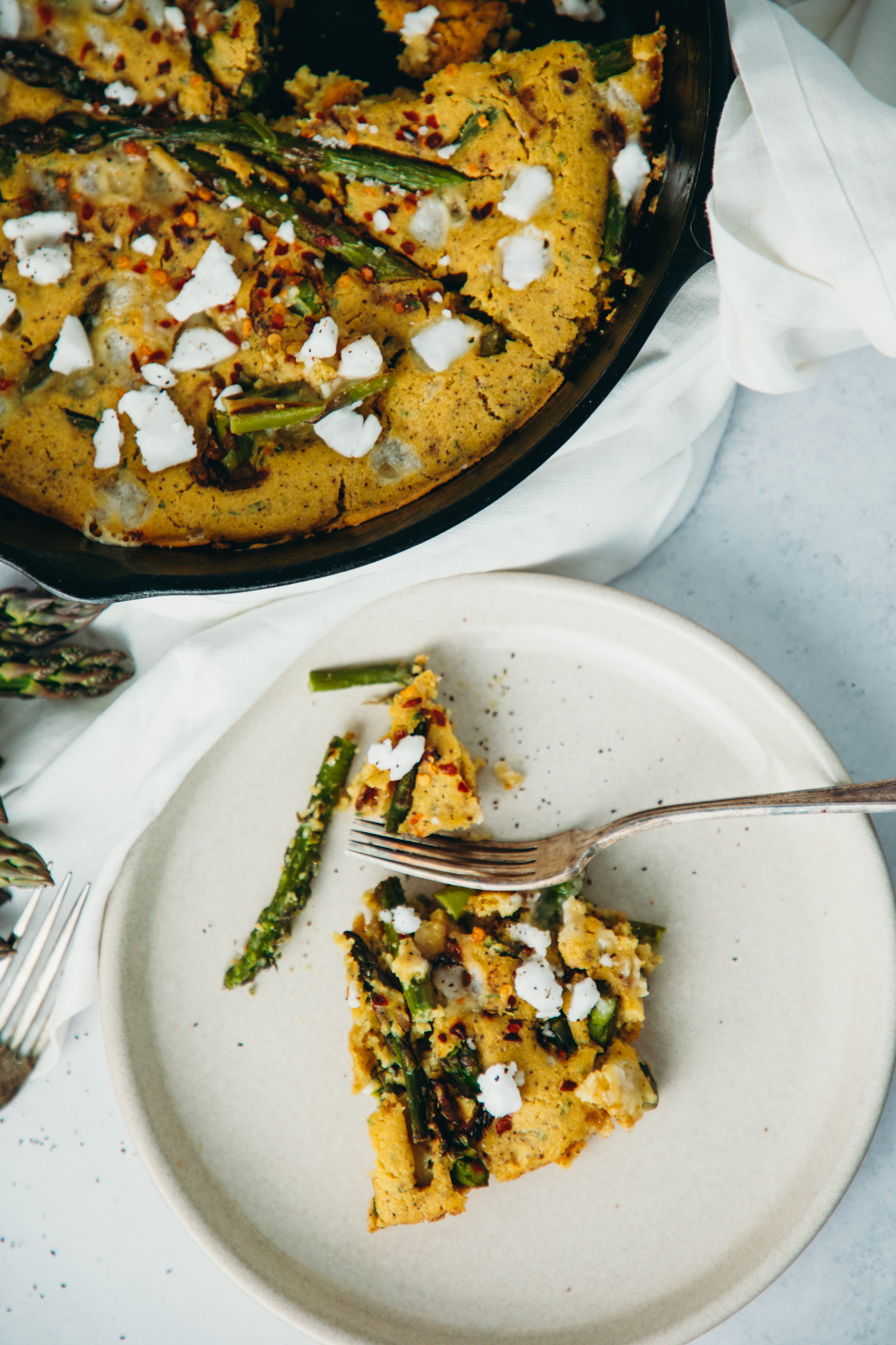 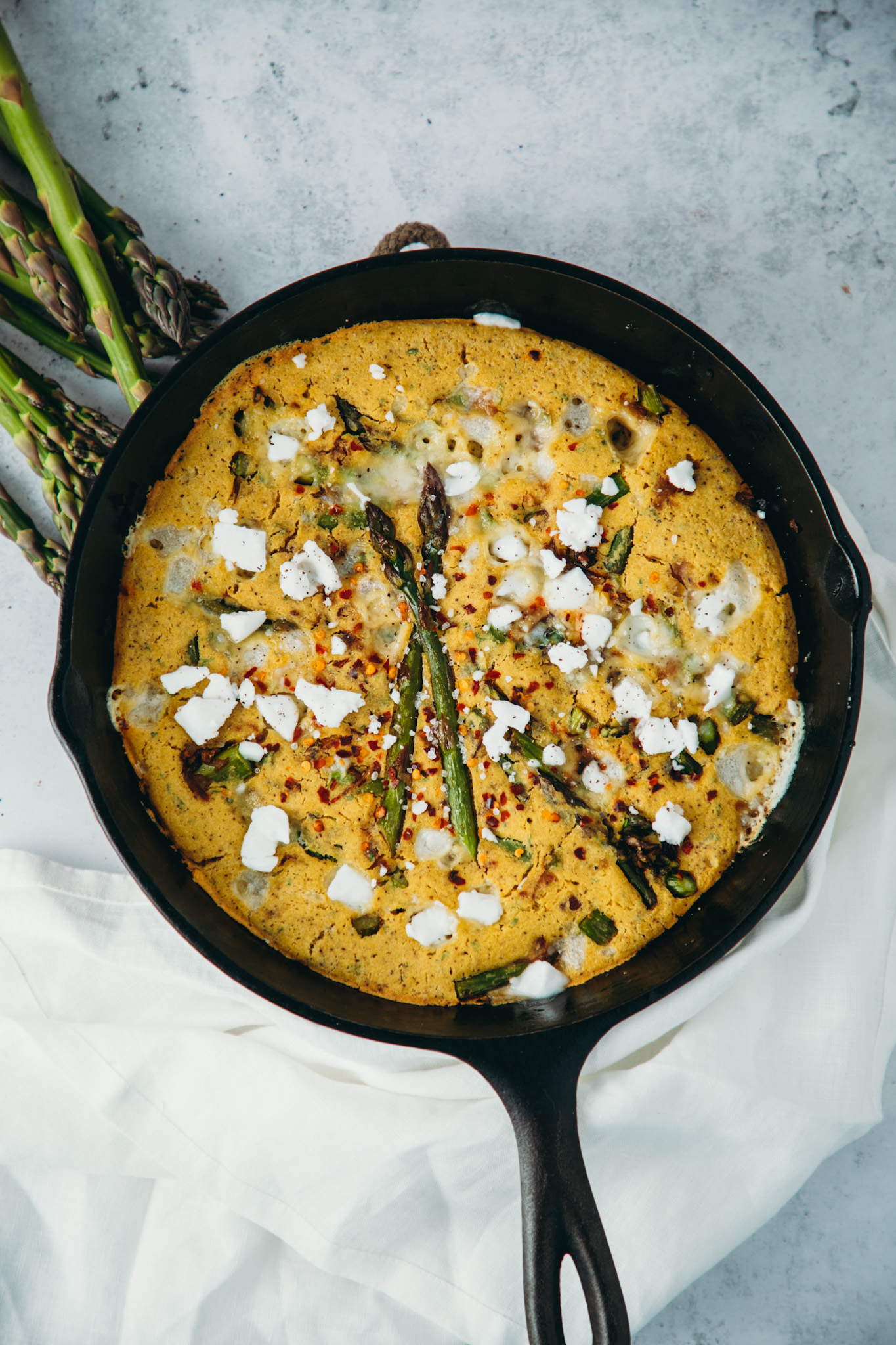 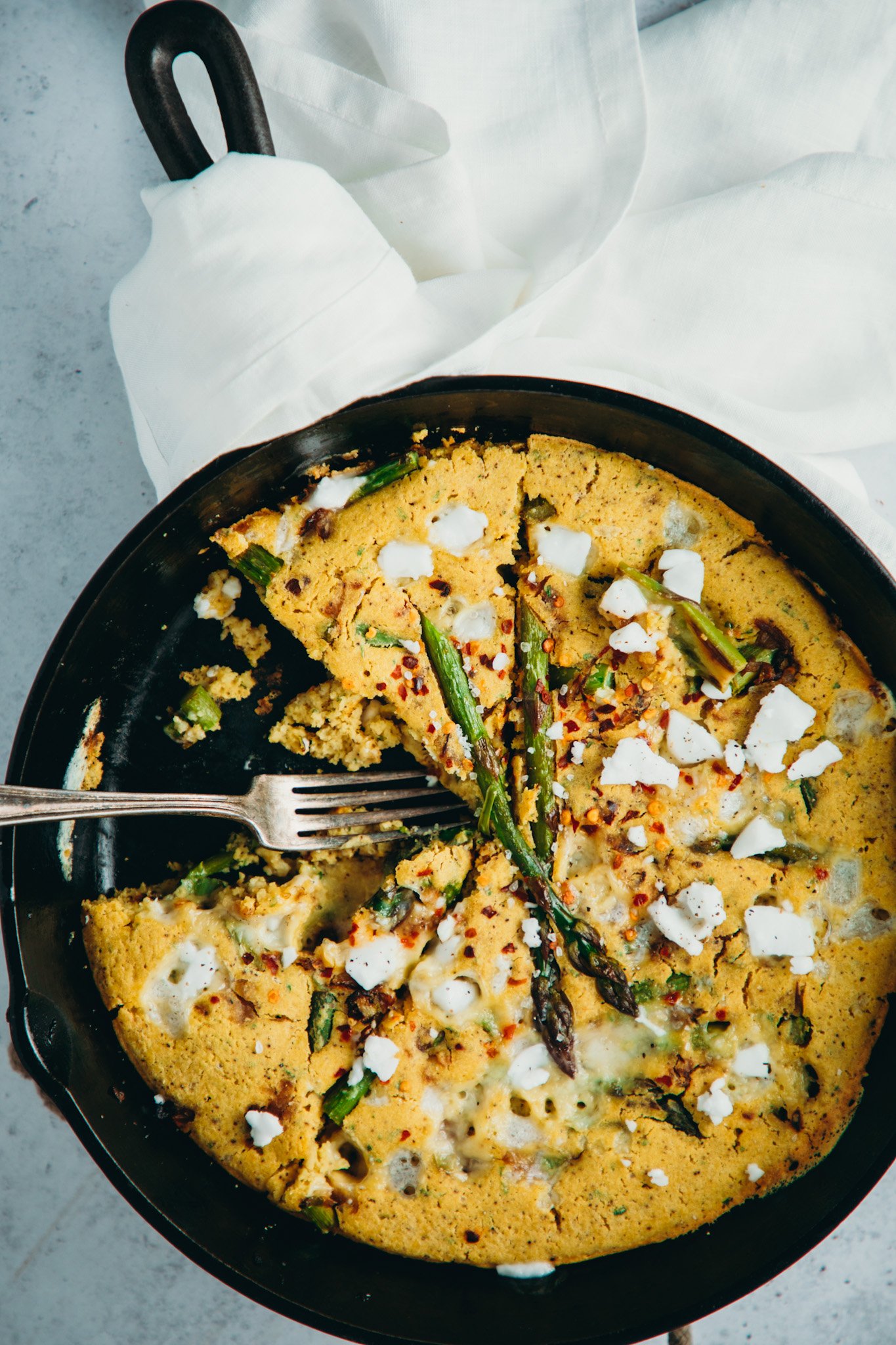