This recipe is one of those “I can’t believe I didn’t do this sooner!!!” things. This entirely VEGAN Ham & Swiss Dinner Roll Party Melt is going to be your next favourite recipe. I mean, who wouldn’t love to make a giant party-size sandwich? Not only is it fun to make one big sandwich, its also super practical for serving your family or friends. You can either slice into 3 meal-size pieces or 6 slider-style sandwiches. And, if feeding an even larger crowd, feel free to double or even triple the recipe. 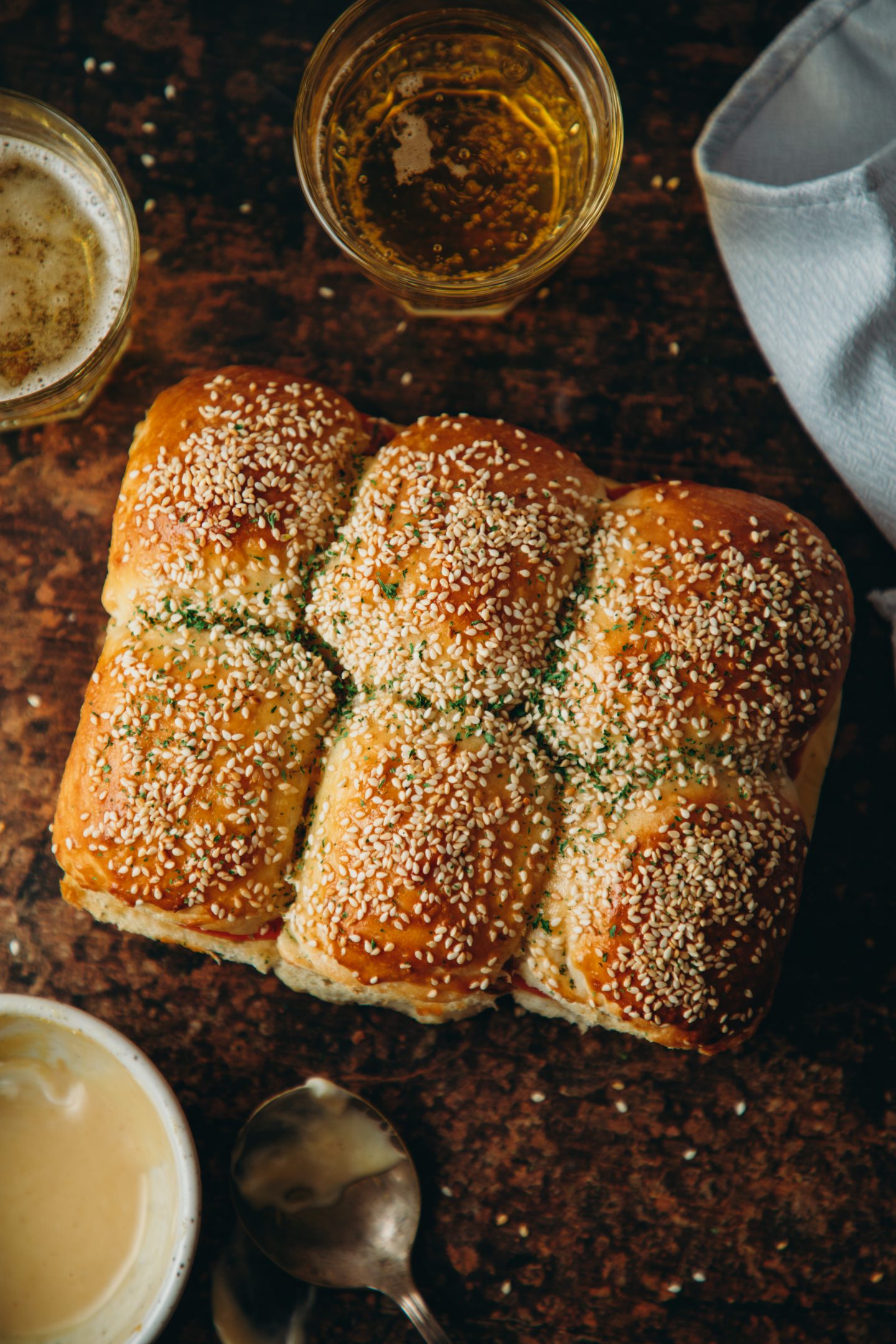 Where do I find vegan ham?

For this recipe I used the trusty Yves brand! I call it trusty because it was the first brand of vegan “meat” to exist at my grocery store. We are a small city so I figure most cities and major grocery chains carry Yves. I also love using the ham from our local vegan butcher, Real Fake Meats.

Where do I find vegan Swiss?

I chose to call this a ham and swiss because swiss is the flavour of vegan cheese I used, but any vegan cheese will work here. I used the PC Swiss slices  but Daiya and lots of other brands make vegan cheese slices now. But also you can use vegan shredded cheese too! You can really eyeball the cheese!

As for the mayo, there are a ton of vegan mayo brands on the market right now. Even Hellman’s makes a plant-based mayo now! 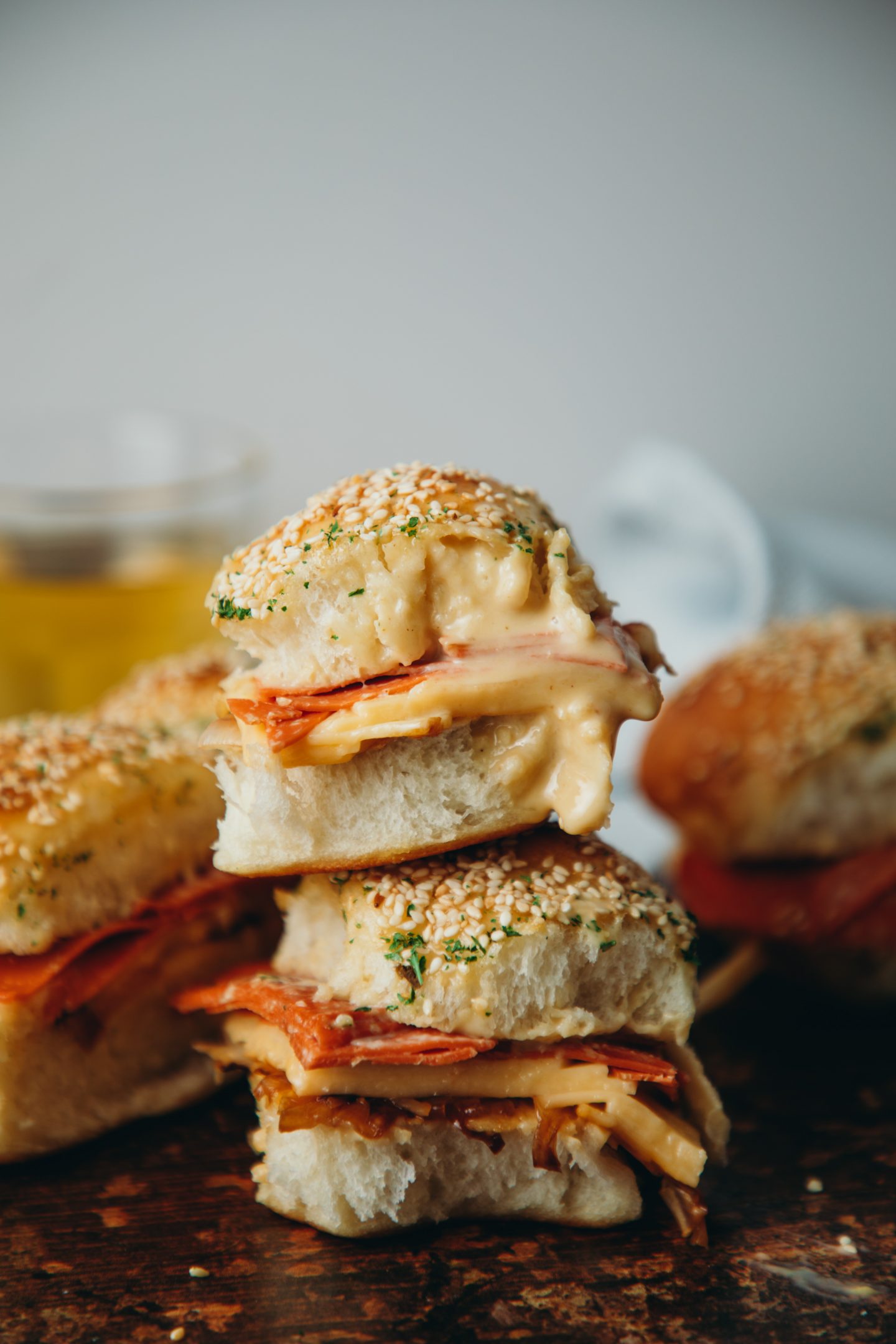 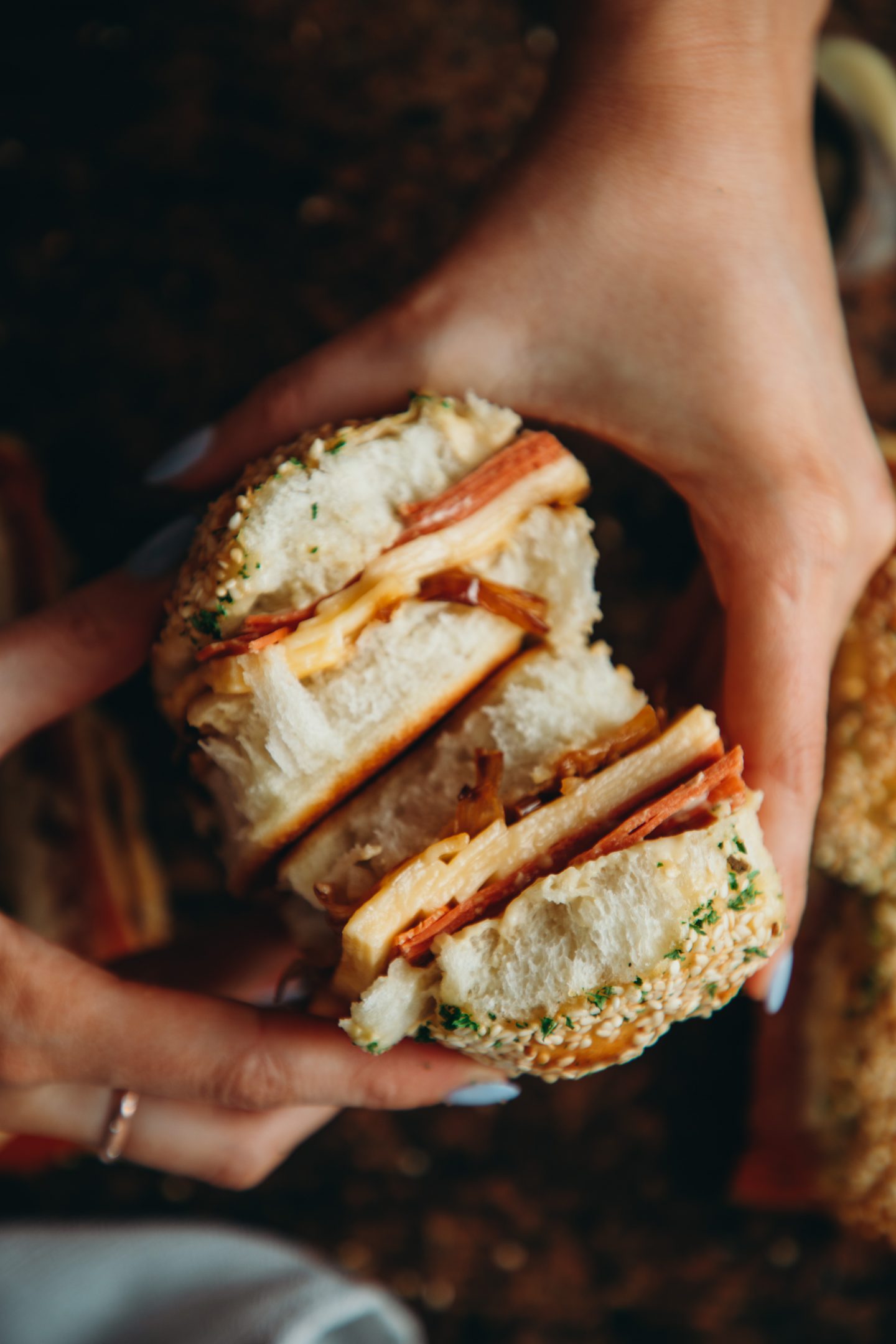 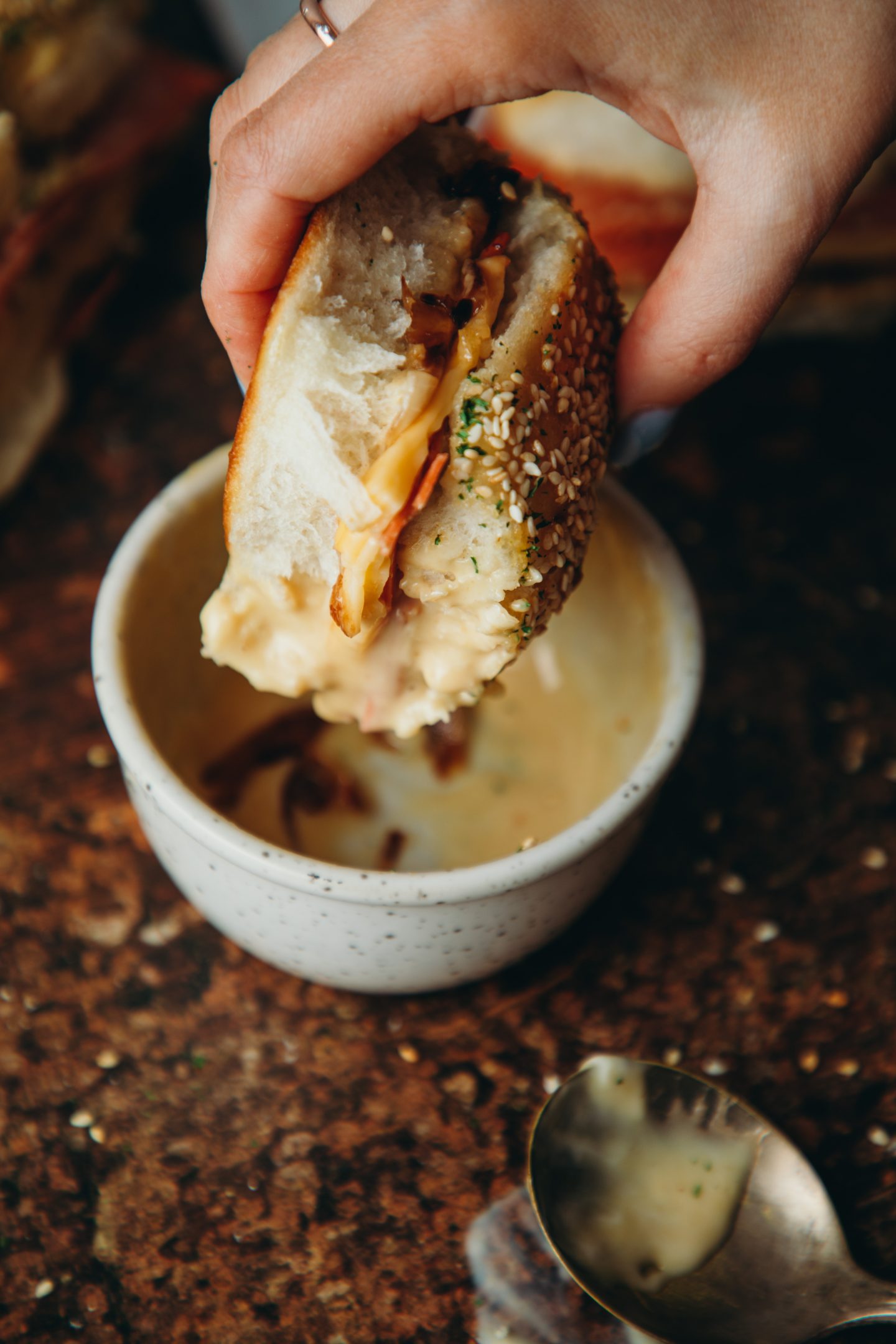