You are going to LOVE this Brown Sugar Peach Streusel Dessert Pizza! Dessert pizza has to be amongst the sweetest, most customizable and maybe slightly underrated desserts going. This dessert pizza was inspired by one of my favourite summer desserts, peach crisp. Caramelized brown sugar cinnamon vanilla peaches on a cinnamon sugar pizza crust, topped with buttery streusel topping.

Well, we have peach slices, cooked in a skillet with vegan butter, brown sugar, cinnamon and vanilla, until caramelized and fragrant. Your whole kitchen will smell like heaven! I used a regular store-bought pizza crust as the toppings are so sweet, so the entire dessert wasn’t overly sweet! The crust is spread with some vegan butter, sprinkled with cinnamon sugar (kind of like making cinnamon toast!), topped with peaches and a buttery brown sugar streusel topping. And of course, you can’t forget a simple powdered sugar glaze on top when the pizza is still hot.

How to serve this Brown Sugar Peach Streusel Dessert Pizza

This one is perfect for those summer nights when you want a yummy dessert but don’t want to just buy another tub of ice-cream. I recommend enjoying this dessert pizza straight out of the oven with a drizzle of icing glaze or a scoop of vanilla ice-cream! 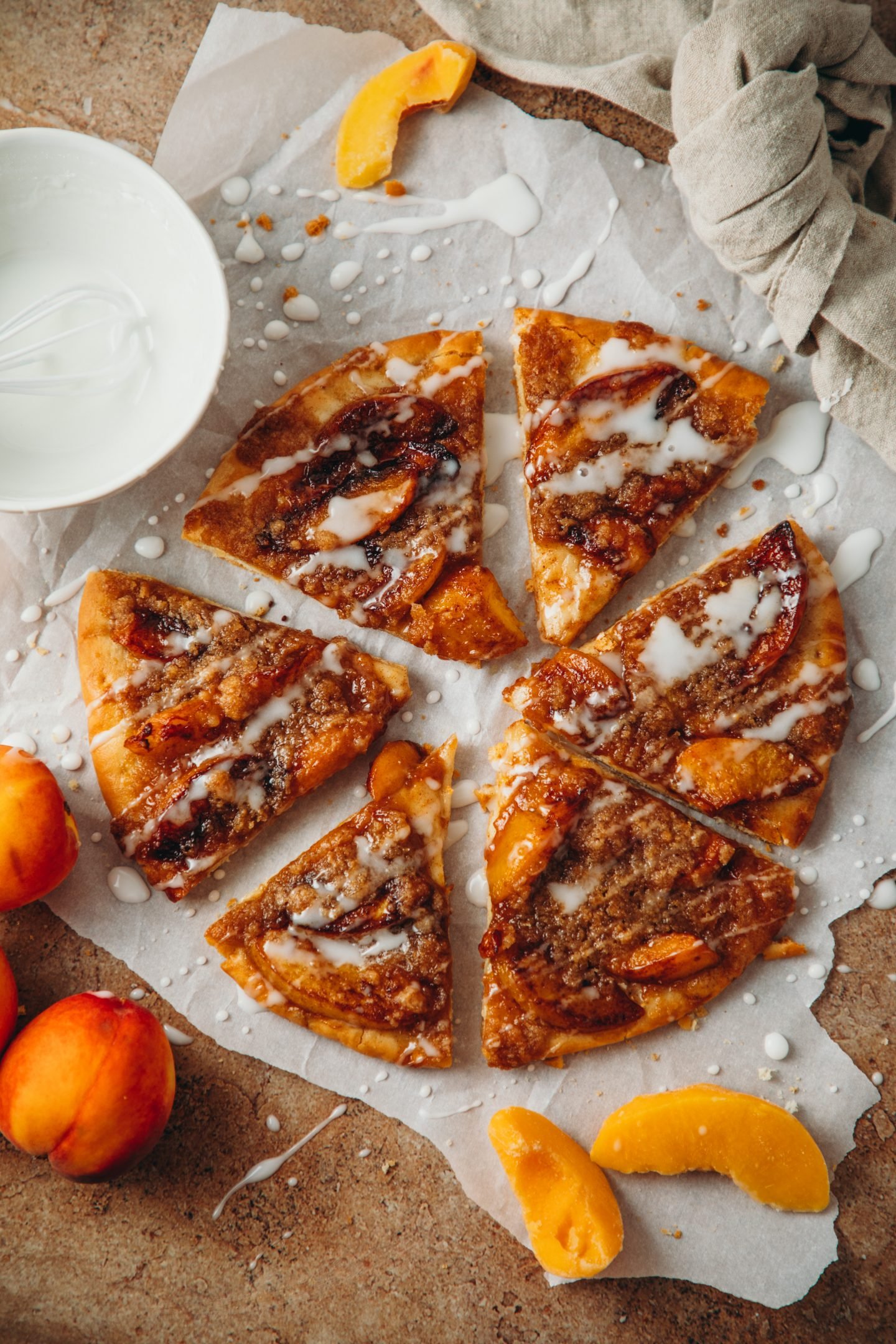 If you love streusel topping…

Honestly streusel topping should be its own food group. I love it so much, and if you do too, check out these carrot cake muffins, pumpkin loaf and coffee cake baked pancake. 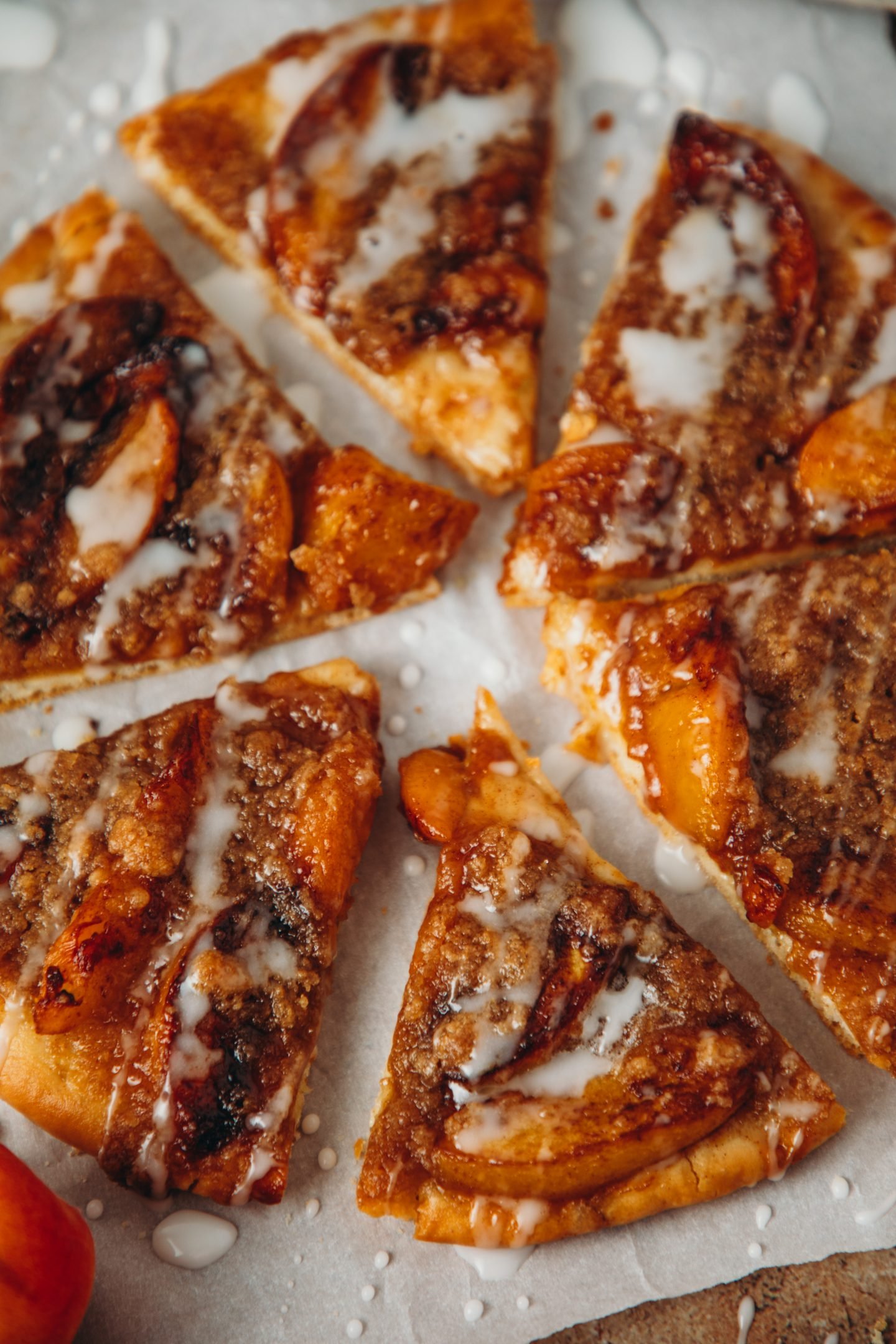