I can’t really think of a better Monday recipe for these chillier days than this amazing smoky pumpkin and sage chilli. Made easily on the stovetop, this recipe is flavourful, fairly quick and super hearty! Made with carrots, onion, sage, vegan sausage, lentils, and pumpkin puree, and served with fresh dinner rolls and cashew  sour cream. This chilli will warm you up from the inside out, and is a great meal prep recipe to save time during your busy week. 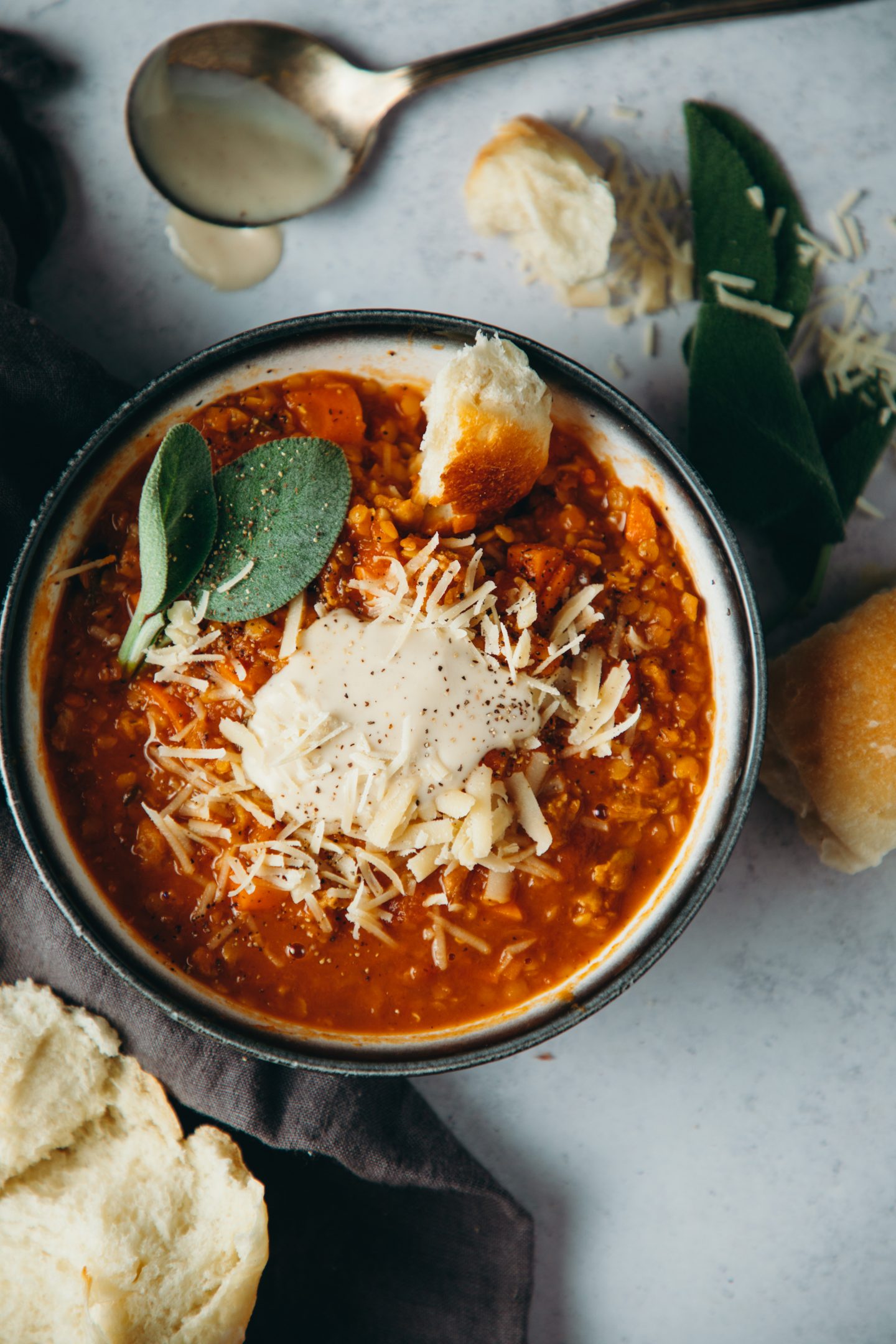 I feel like chilli is one of those foods that everyone should know how to make. Its hearty and healthy, super customizable, and easy to whip up with minimal effort and just downright delicious. I love switching up the veggies and flavours depending on the seasons, and this fall version is my September/October go-to.

What to serve with this chilli?

Well, like I said (and the photos show) I love freshly baked dinner rolls from a local bakery. But you know what else goes really well with chilli? Cornbread!!! I have a few cornbread recipes on the blog which I’ll link below. 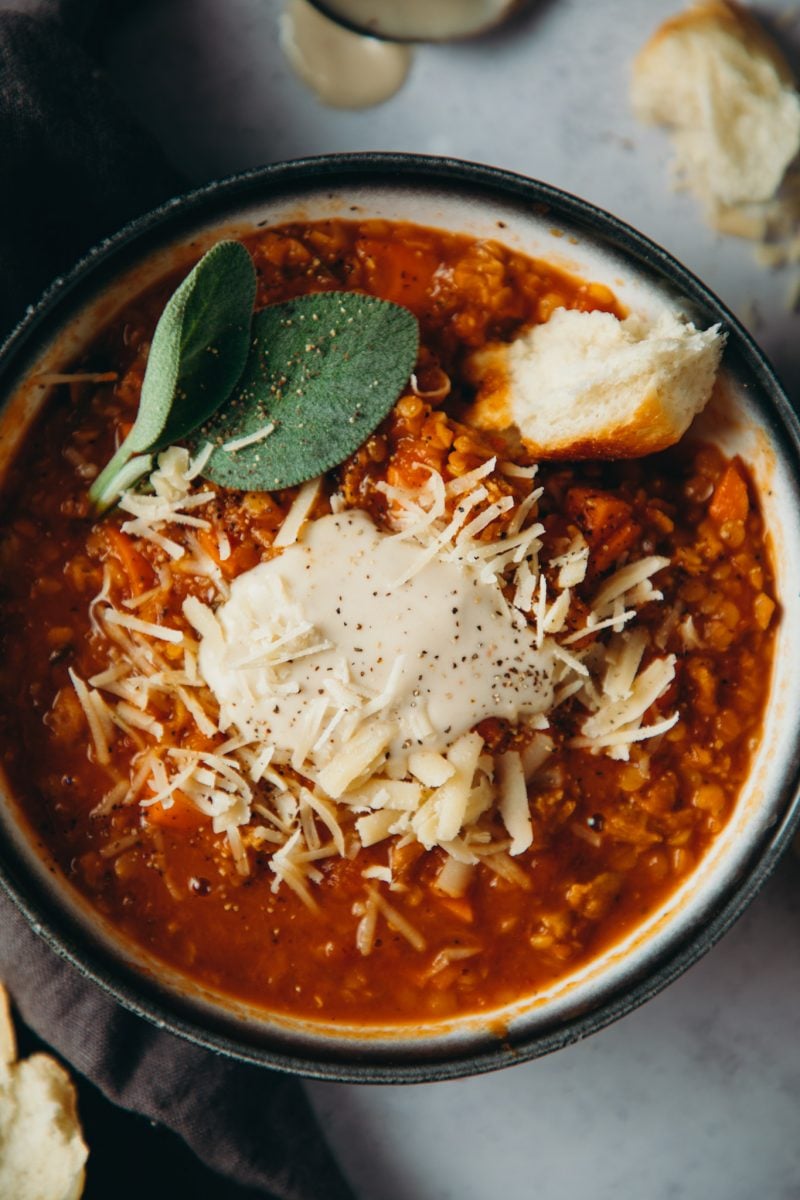 To start we just cook the onion, garlic, vegan sausage or beef and carrots for a few minutes. Then, add the tomatoes, spices, lentils, broth and pumpkin puree. Bring to a simmer and cook, covered, stirring frequently, until lentils are cooked (about 30 mins). While it bubbles away you could whip up a fresh batch of cornbread or defrost some rolls or bread from your deep freeze (does anyone else have a major surplus of frozen bread or do I just hoard it?). Add in the fresh sage just before serving and give it a stir. Then, you’re ready to serve!

The spices really are key here in giving this chilli the warming, smoky flavour we all crave. Smoked paprika is always my secret weapon, as well as some chilli powder (duh) and cinnamon! The cinnamon adds such an amazing flavour that complements the pumpkin so well. Its like a cozy bowl of autumn and I can’t get enough! 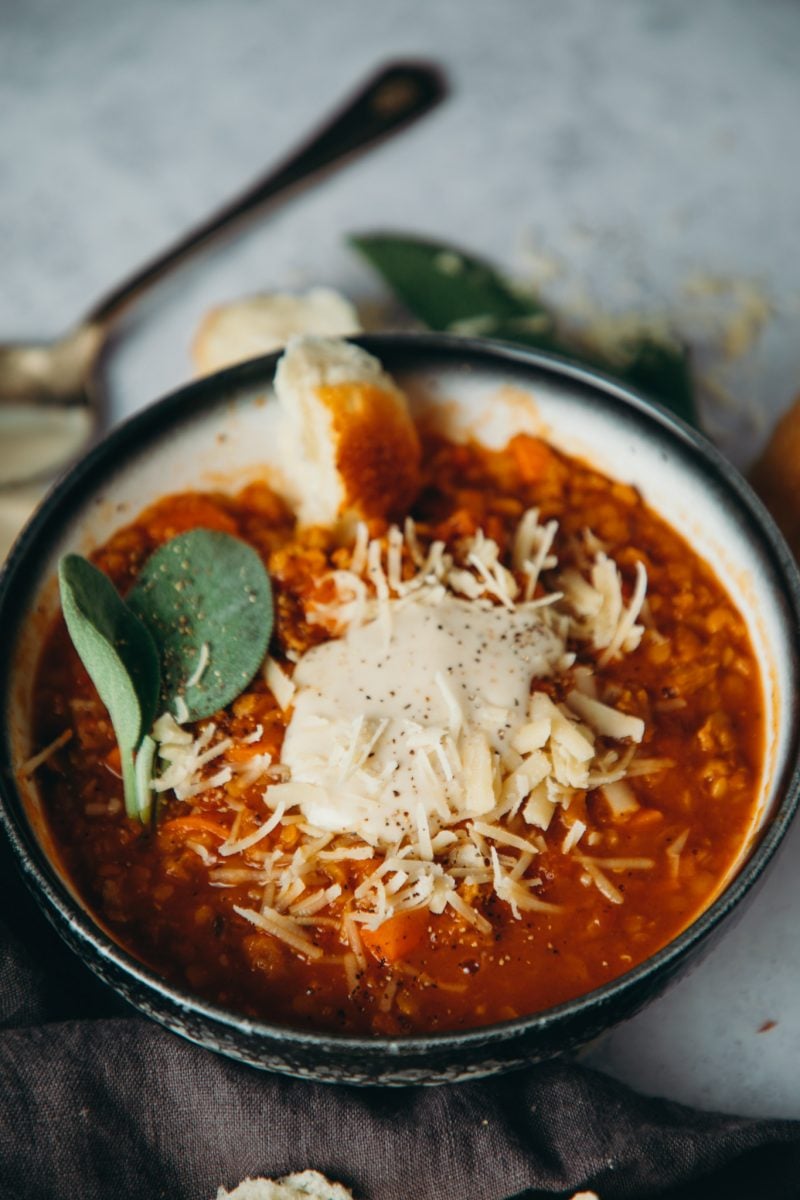 Smoky stovetop pumpkin and chilli with cinnamon, vegan sausage, lentils and sage. Such a winning combination!