This Vegan Fried Chicken Big Mac is everything delicious about fried chicken, and a Big Mac, made vegan and rolled into one amazing dish! With the vegan fried chicken subbed in for the beef patties and all the iconic Big Mac toppings, this will be the first thing on your list to make this week! 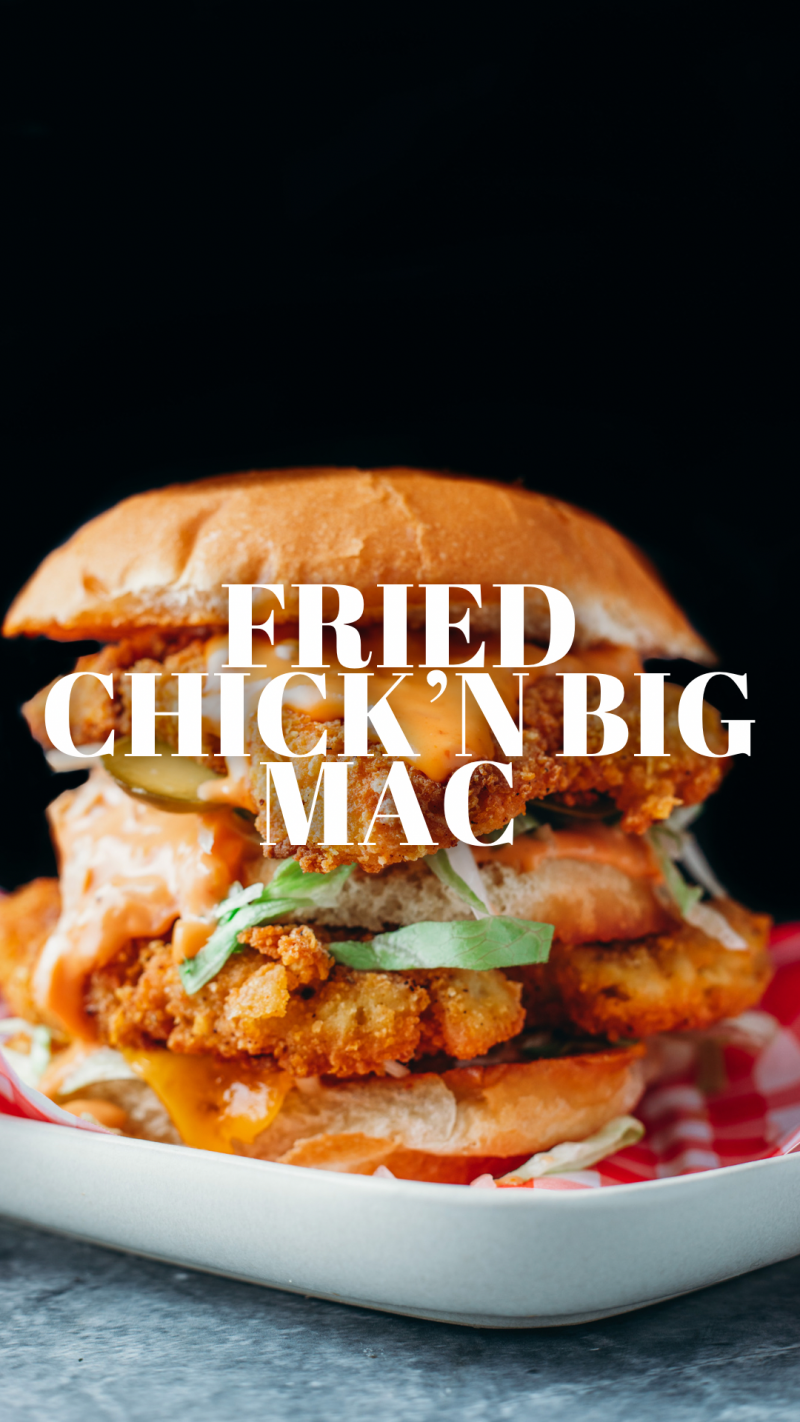 Why mess with a good thing?

EASY! I am a firm believer that any two things that are good, put together can only be twice as good! Yes I am aware of how easy it is to poke holes into that argument… but in this case, I’m standing by it! I couldn’t have been the only one who frequented McDonalds and KFC so often in my youth that I often wondered, why not put chicken on a Big Mac!? Don’t get me wrong, I was BIG supporter of the original Big Mac before I went vegan all those years ago. And maybe this is just my continuing need to be creative in the kitchen speaking, but I can’t help but imagine how two of some of my favourite fast food items could work together to become something even more spectacular. So I’m introducing one of what is probably many to come of my iconic fast food recreation mash-ups – The Vegan Fried Chicken Big Mac!

That said, I am aware that it is possible to order the McChicken patties subbed in for beef patties on a Big Mac as part of the hidden menu at McDonald’s. HOWEVER, I’ve taken this a step further by making it bigger, better, and VEGAN using my wife Liv’s always reliable and delicious Setian Chicken Recipe! It is super easy to make the seitan into patties rather than nuggets, so don’t worry, this recipe is super easy! 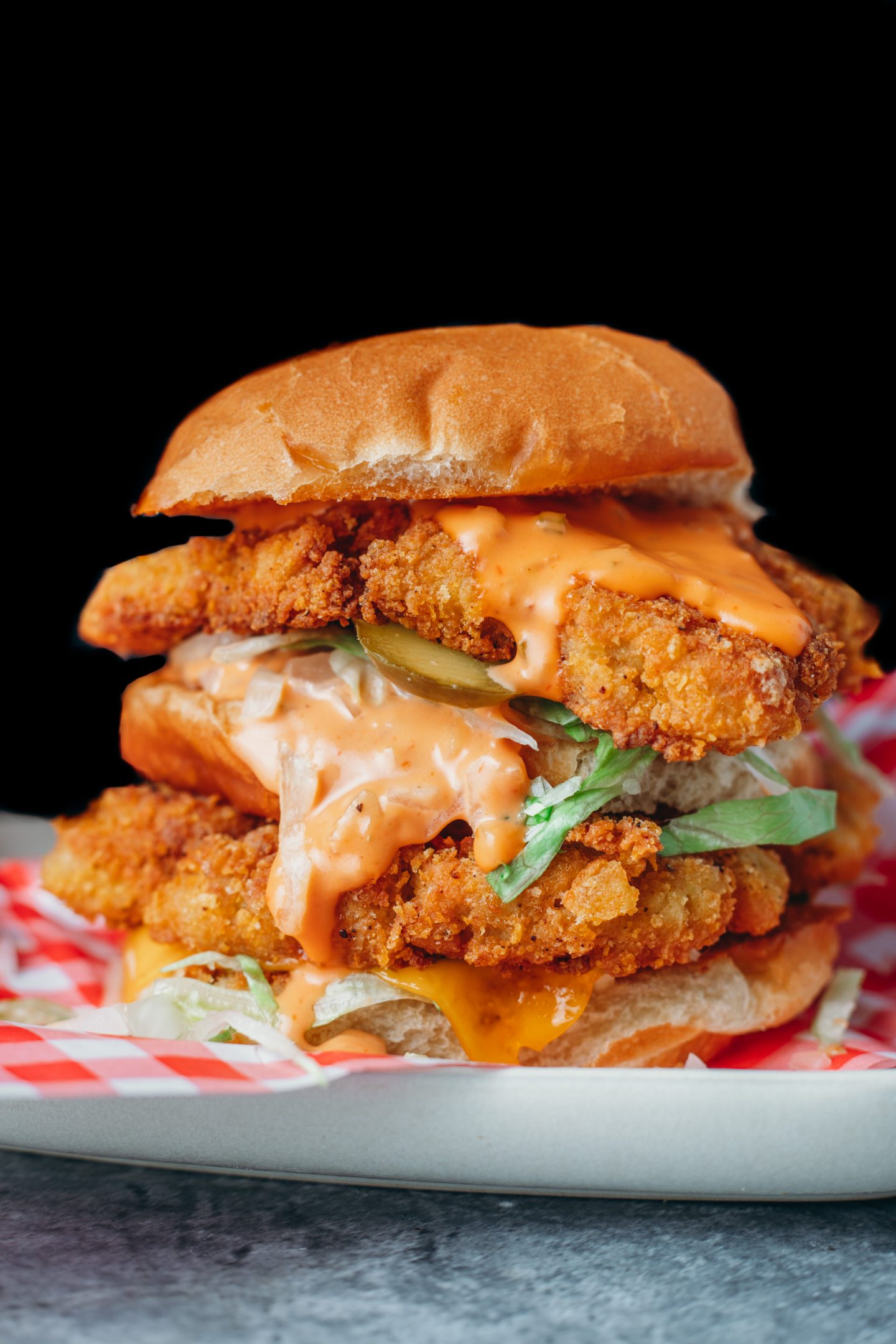 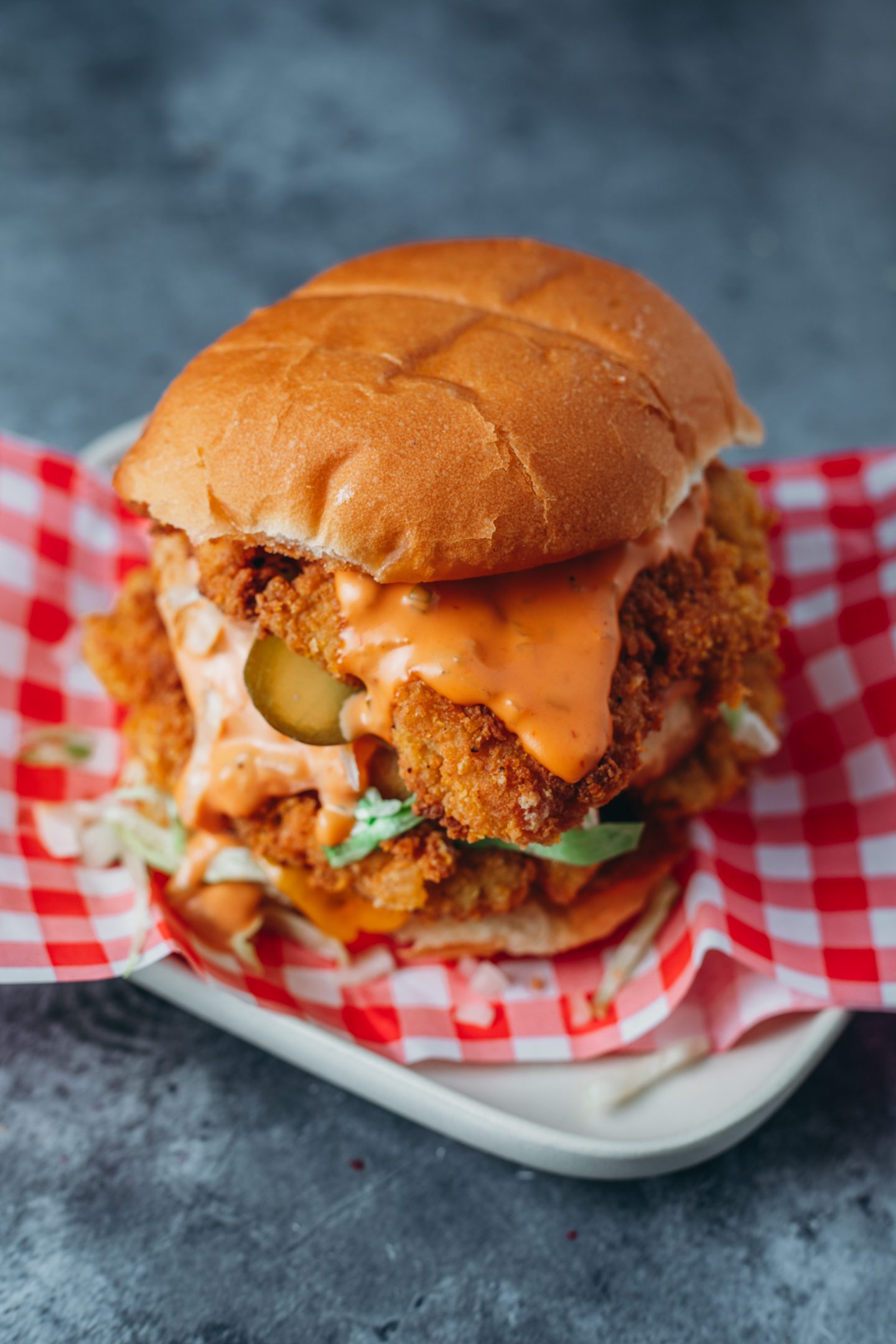 Let’s get into how it’s made!

First, we have to establish what makes a homemade Big Mac good. There was nothing more disappointing than getting to the restaurant, ordering your Big Mac and fries, only to sit down and open the box to a flat, lukewarm and lopsided sandwich that looked like it had been sitting out on the counter for four hours before being run over by an unending series of cars on a nascar racetrack. Just me? Well, none the less, the image brings me to my first point which is: a good Big Mac starts with the bun. Although it is traditional to go for the sesame seed bun when re-creating a Big Mac, I urge you to go to your local bakery in search of the best, fluffiest vegan buns you can find, that will take your homemade Vegan Fried Chicken Big Mac to the next level!

Now that that’s out of the way, there are two other main components to this dish that set it above the rest. For a truly great Big Mac, we first need to make sure we have the best Big Mac Sauce! It’s iconic, and really the main reason people go back to McDonald’s for it time and time again. That’s where I have some good news. I’ve tried several recipes and one the research in order to find the perfect vegan Big Mac sauce recreation for you all to enjoy!

Lastly, we need to get into what makes this Vegan Fried Chicken Big Mac a great change-up from your typical vegan Big Mac recreation. The vegan chicken of course! I highly recommend using this recipe for my wife Liv’s famous seitan chicken. Its tried and true formula has never steered us wrong, and to address what you likely care about most… it is so easy to make too! 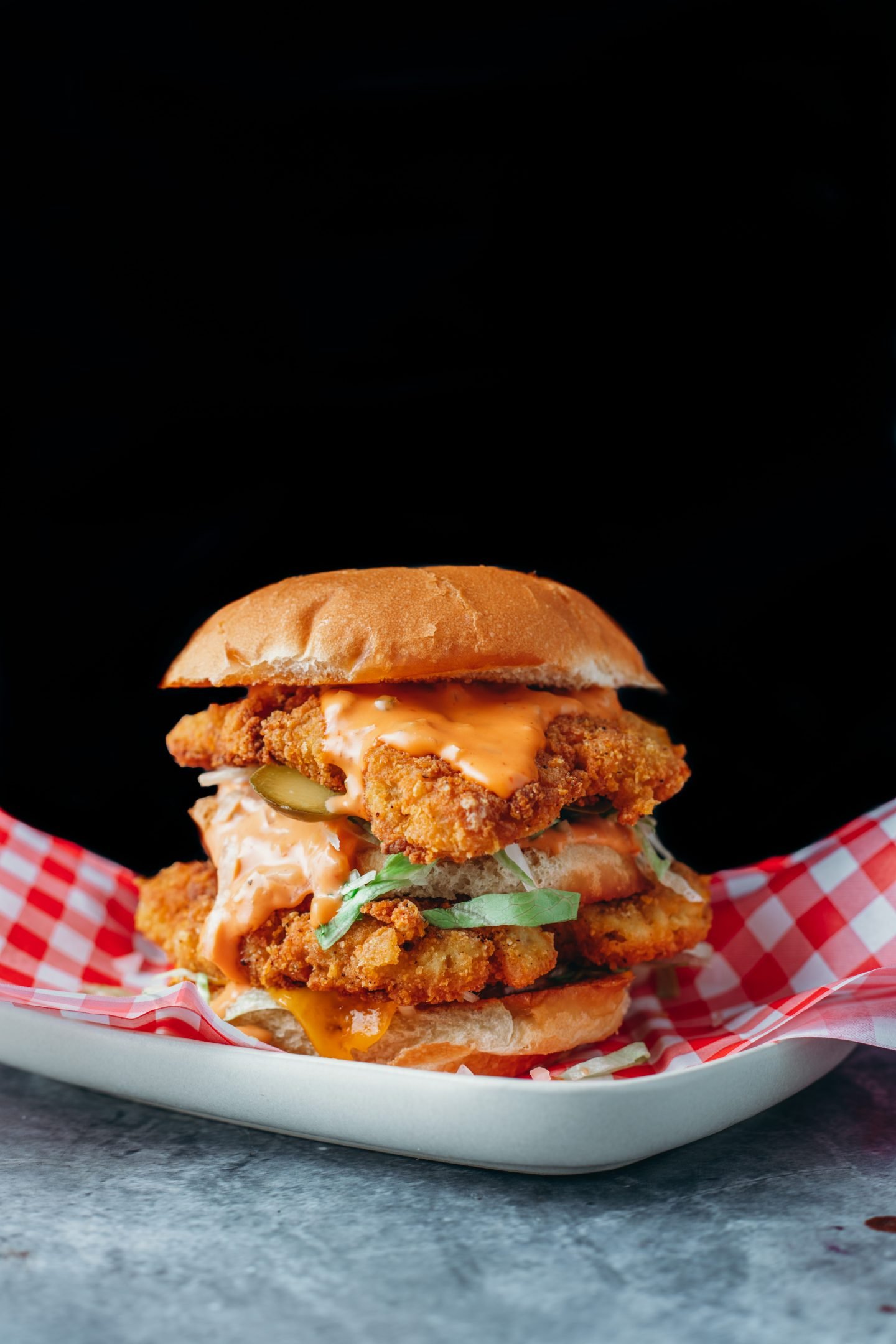 So give this Vegan Fried Chicken Big Mac a try for yourselves and let me know what you think of this iconic mash-up!

This Vegan Fried Chicken Big Mac is everything beautiful and delicious about fried chicken, and a Big Mac, rolled into one! With the vegan fried chicken subbed in for the “beef”and all the iconic Big Mac toppings, this will be the first thing on your list to make this week.