These Classic Vegan Cinnamon Rolls are everything you could ever want: buttery, fluffy soft, slightly caramelized bottoms and a thick frosting glaze drizzled over top. These will make you feel like a pastry chef, even if you are an inexperienced or self-taught baker! These beautiful rolls are deceivingly easy to make with a 5-ingredient fluffy vegan dough, layered with sweet brown sugar cinnamon butter (dairy-free of course), rolled up and baked until golden. Then we brush drizzle on homemade vanilla glaze. I made them for Sunday coffee last weekend and every single roll was gobbled up! 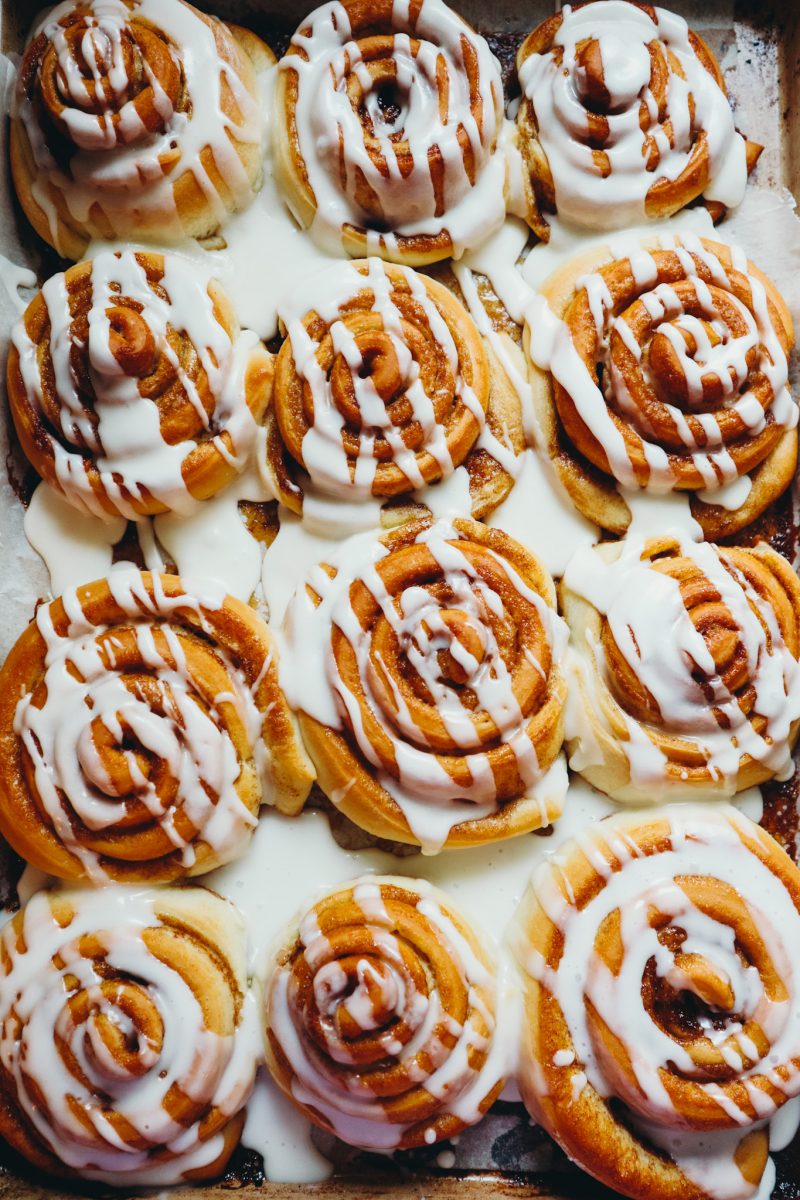 How to make these Classic Vegan Cinnamon Rolls SO swirly…

Normally, my cinnamon rolls are pretty thick and doughy (which I love) with a thicker swirl meaning less layers inside. I wanted to make these ones have tons of swirly layers, with a gorgeous spiral on top. I thought it would be tricky to execute, but it wasn’t any more difficult than regular cinnamon rolls. In fact, it may have even been easier!

Basically I rolled out a long rectangle of dough like I always do with cinnamon rolls. Spread on the butter & sugar filling in a thin layer. Then, instead of rolling it up lengthwise into a log and then slicing it, I did something that totally changed the way these rolls turn out: I used a pizza wheel to slice 8 strips the long way, then rolled each strip up into a swirl, resulting in a super tight spiral with lots of layers. Such a game changer! 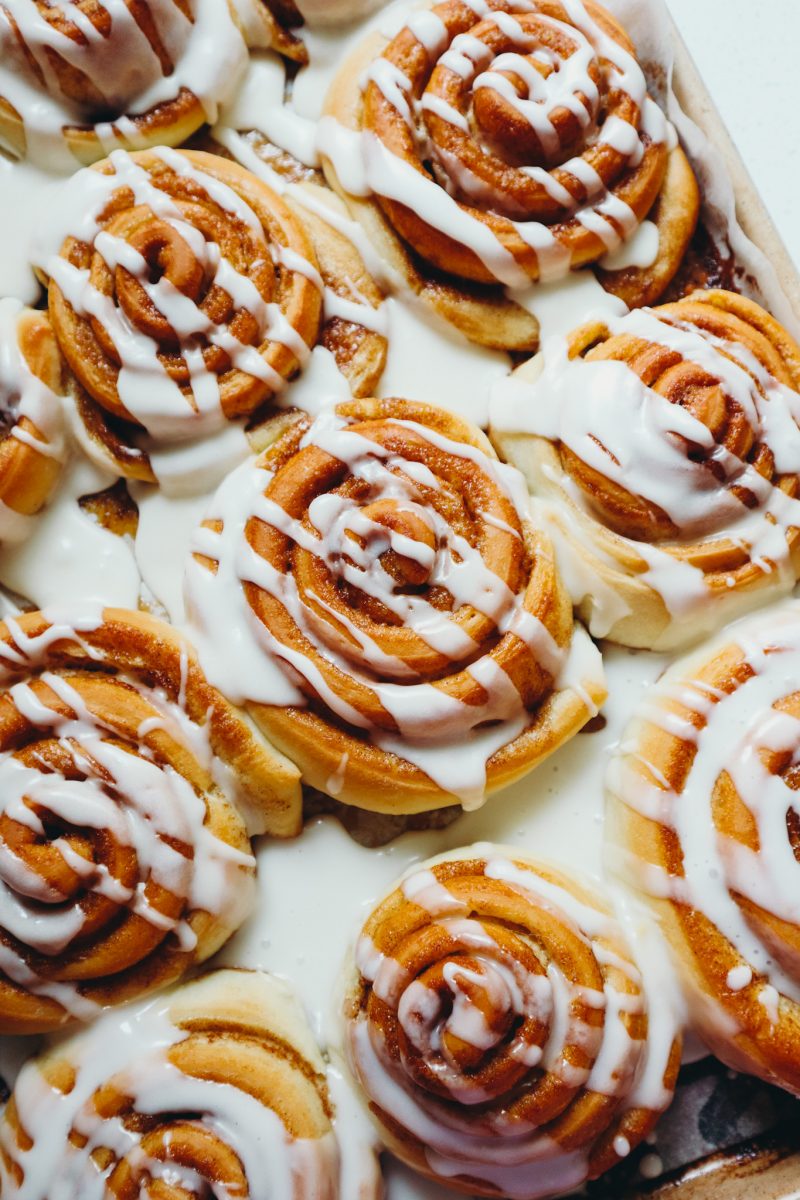 All you need for these rolls are some simple pantry staples you might already have laying around!

You might also want to use a stand mixer if you have one, as it cuts down on kneading time! I love and use my stand mixer all the time. 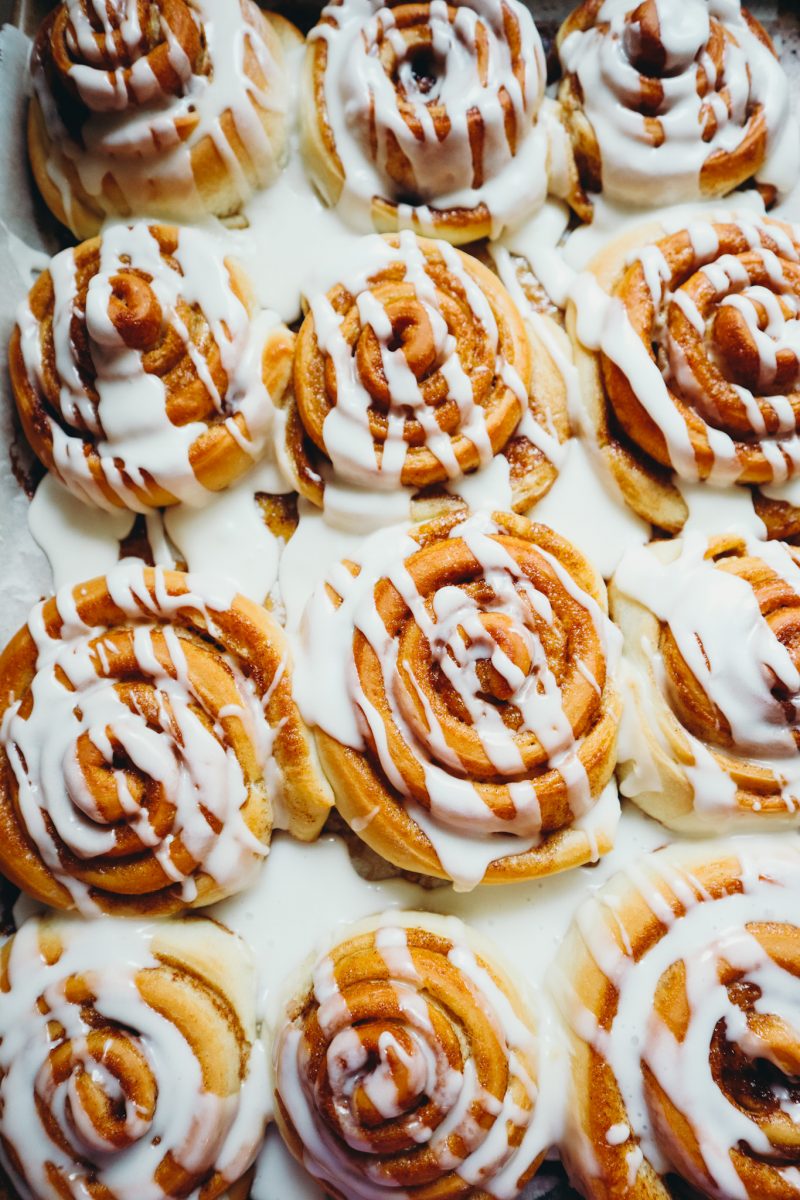 Looking for more recipes? Try these…

And lastly, if you make this recipe, let me know how it goes with a comment below, and make sure to take a photo and tag me on Instagram!

These Classic Vegan Cinnamon Rolls are everything you could ever want: buttery, fluffy soft, slightly caramelized bottoms and a thick frosting drizzled over top