This Vegan 2-in-One Chocolate Chip Banana Bread Coffee Cake is going to blow your mind! Chocolate chip banana bread and coffee cake layered on top of each other with a cinnamon swirl inside. The perfect recipe for weekend baking! I wasn’t sure if combining two of my favourite things would make something even better, or be a total flop. But I am so pleased to say it made something even better! 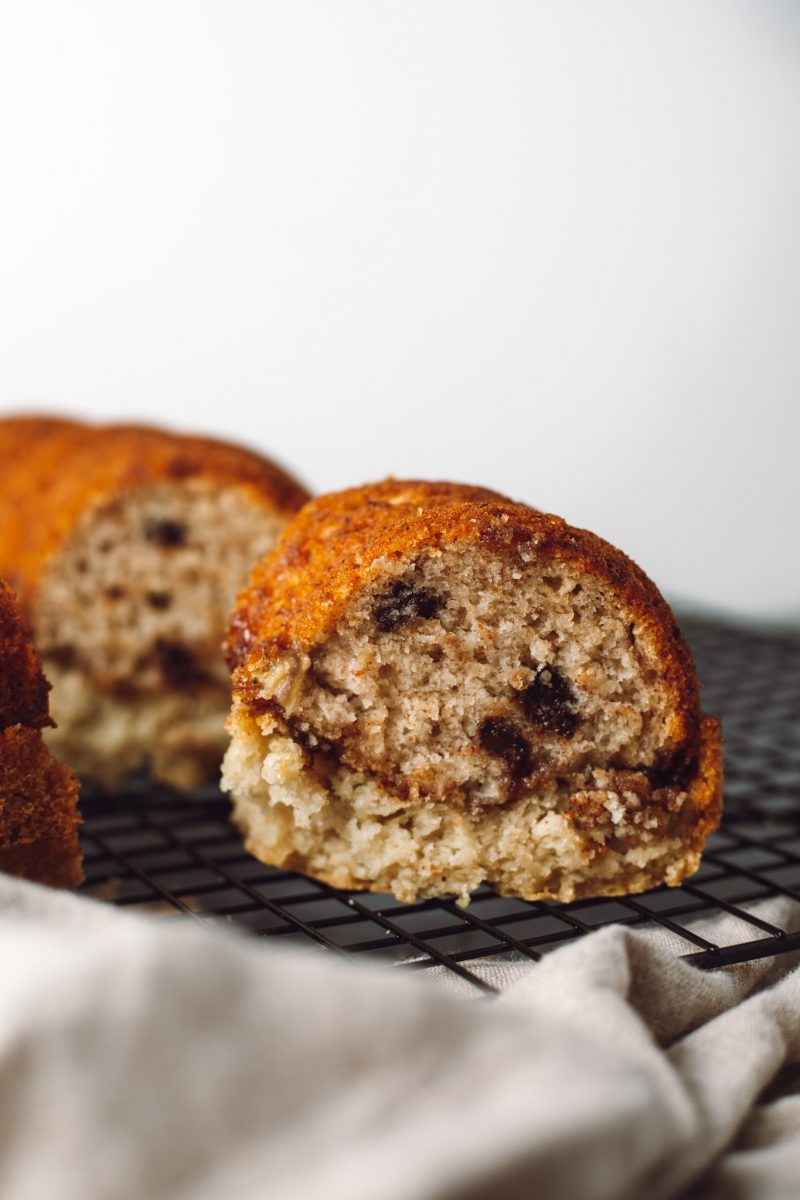 This cake looks fancy but is super straight forward and pretty fool proof! If you have made my chocolate chip banana muffins and my cinnamon loaf or coffee cake before, then you will truly have no issues! The only extra step is layering one on top of the other.

Happy Wednesday! We made it to June, can you believe it?! I can’t believe how fast this year has gone by. The winter felt sooooo long and slow but now the trees have leaves, it’s warm most days and we have so much summer fun ahead of us! 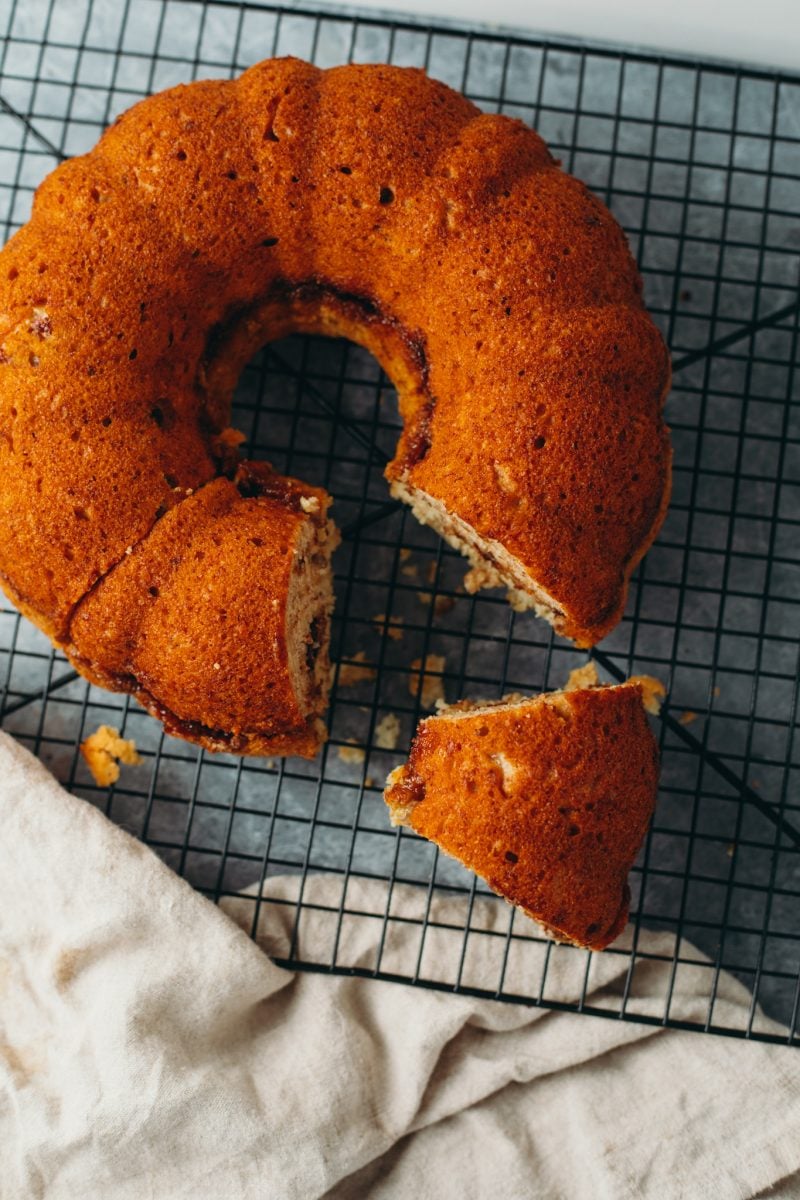 I made this cake last weekend for Sunday coffee and just threw it together on a whim. I never could have guessed it would turn out SO well and become maybe my new favourite thing. It looks so impressive and tastes incredible, your family and friends will be talking about it for months to come!

I started out wanting to make a banana bread cake in my new bundt pan. But the batter didn’t fill the pan very much and I was worried it would be kinda thin and not very exciting. Then I had the idea to make a batch of my cinnamon loaf/coffee cake batter and put it on top. The thought of a cake made with the flavours of two of my favourite treats was just too good. So I threw a cinnamon sugar layer in between to visually separate the cakes and it worked perfectly! 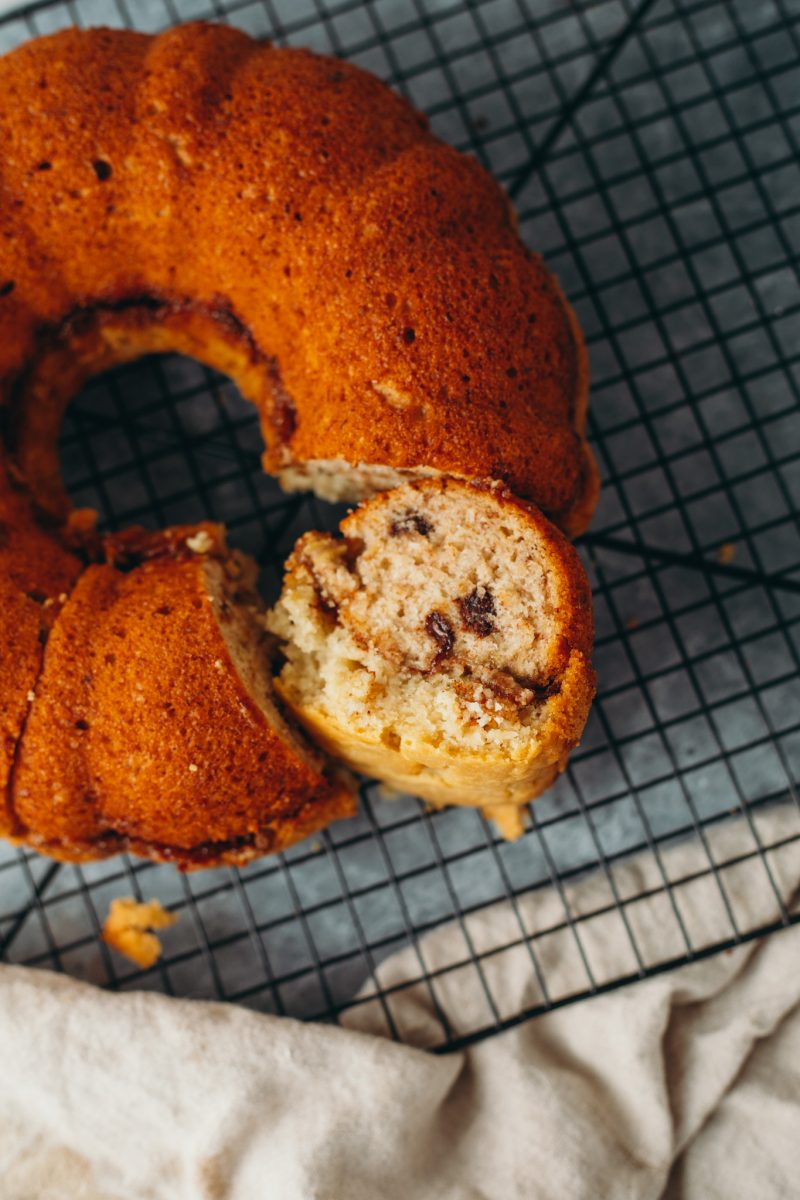 Every bite of this cake is such a delicious combination of banana, chocolate, cinnamon and caramelized sugar. I know this is different, but it’s different in the best way!

If you try out this recipe, be sure to leave a rating and review here or take a photo and tag me on instagram!

Chocolate chip banana bread and coffee cake layered on top of each other with a cinnamon swirl inside.