Vegan Half-Baked Apple Pie Chia Pudding… THE recipe of the summer when you want to be healthy. It’s chia pudding but way better! Topped with cinnamon-scented cooked apple, swirls of almond butter and a flaky delicious vegan pie crust crumbled over top. What’s not to love! I love that the chia pudding reminds me of vanilla icecream, it really just ties the whole pie theme together! 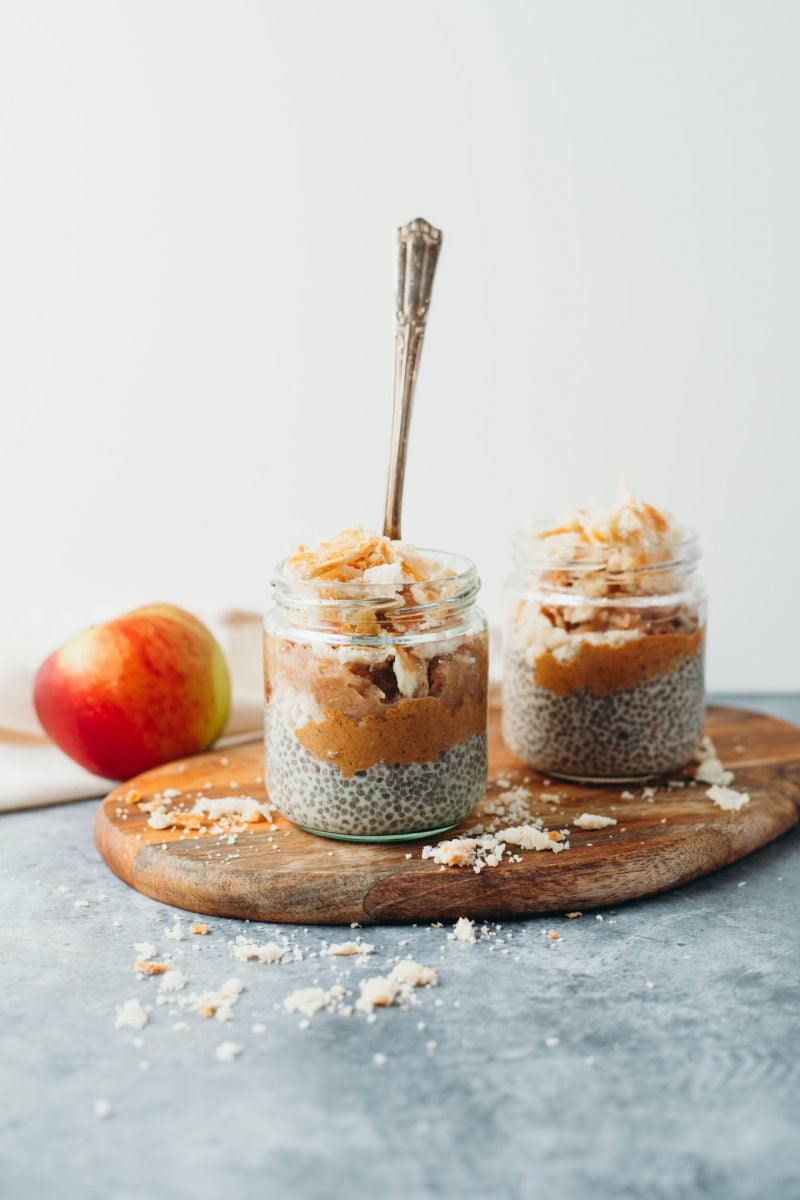 Okay okay, for anyone who knows me at all, I have never been a chia pudding fan. But once I got tired of having oatmeal for breakfast (and when the weather warmed up) I seriously started craving it! All the hesitations I had about the texture went out the window and now I eat it every day. But its never boring! It is always some delicious, super extra version of chia pudding.

If you too are a bit skeptical of it you can always blend it so its like a whipped mousse/more traditional pudding texture. I’ve done that too when I was getting used to it. But if you like chia pudding and you like summer desserts, this Half-Baked Apple Pie Chia Pudding will be right up your alley! 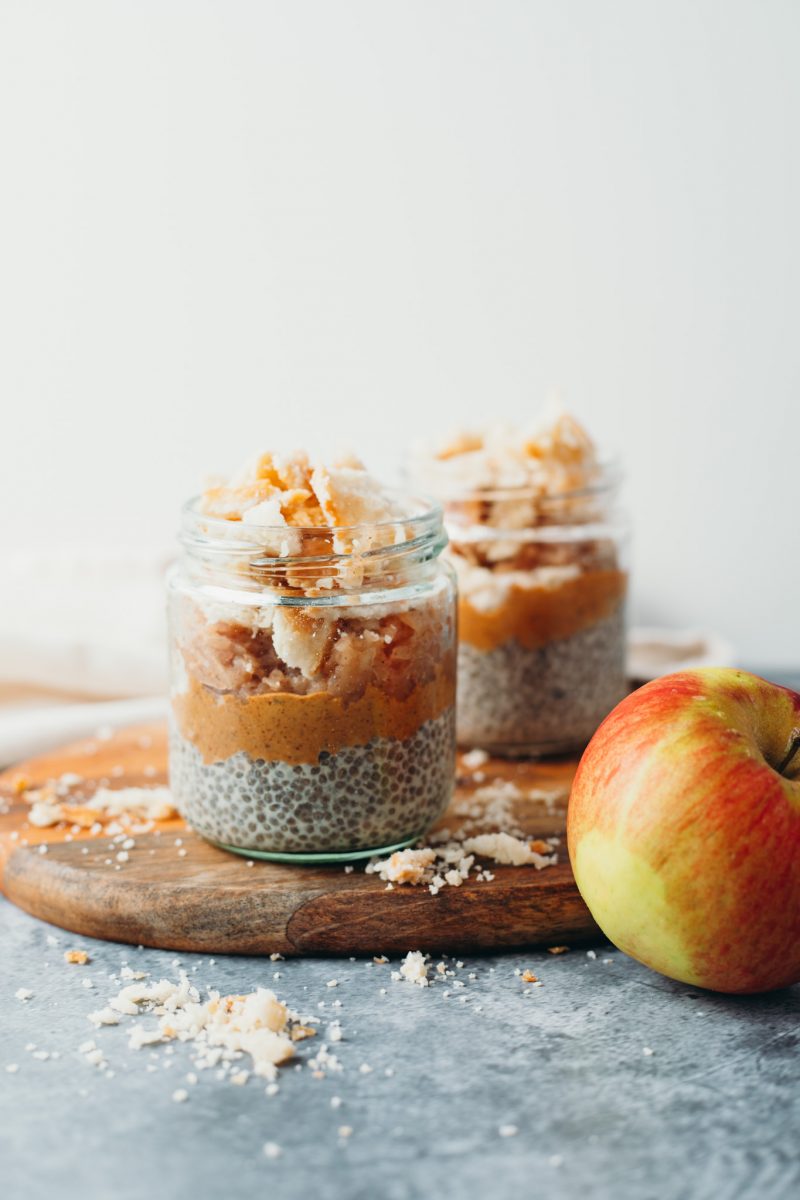 Despite having 3 different parts to it, this is actually a super easy recipe! The pie crust is a simple 3 ingredient affair, made with flour, coconut oil and water. Simply whip that up and then bake in an air fryer or the oven until golden.

The chia pudding itself is super easy. Just mix together your milk, chia seeds, vanilla and maple syrup and store in the fridge overnight to gel up.

Last but not least, the apples are just grated or finely chopped and cooked on the stove with a bit of lemon juice, maple syrup and cinnamon until soft, and resembling pie filling! If you wanted to be super quick and easy about this, you could also just buy apple pie filling and use that! 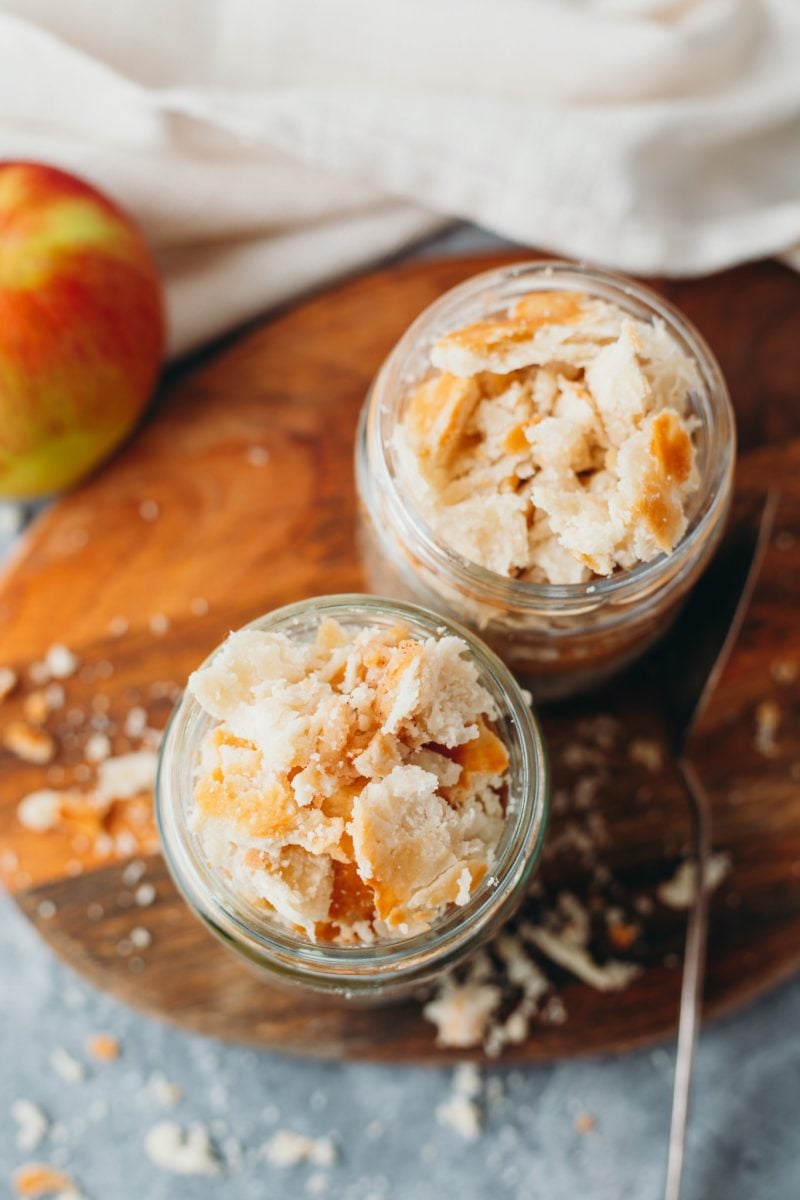 Then, simply layer the ingredients together in a jar with some almond butter (optional, but great for added healthy fats and delicious taste) and top with the pie crust. It tastes incredible with either warm apples or all cold after sitting in the fridge overnight! I actually make a few jars at a time so I have them on hand for dessert or an afternoon snack. 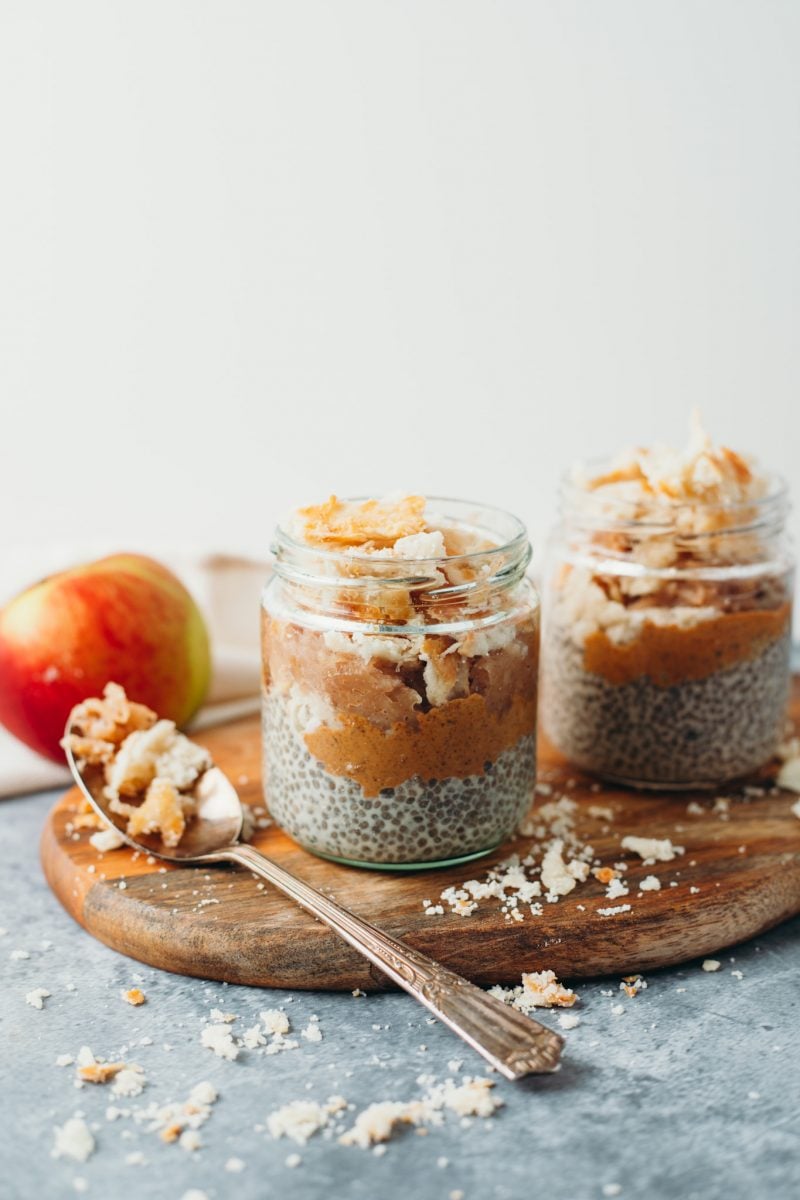