This Vegan Classic Apple Crumble Pie is overflowing with sweet juicy apples with a buttery crust and a brown sugar oat crumble on top. This easy fall/winter dessert is the perfect recipe to make for a holiday dinner or post-apple picking when you have way more than you know what to do with! The apple filling is juicy and subtly sweetened with maple syrup and cinnamon, while the topping is a crisp crumble made with vegan butter, brown sugar, oats and flour.  Top with some vegan vanilla ice cream (I used cashew) for the most delicious dessert you’ll have all year! 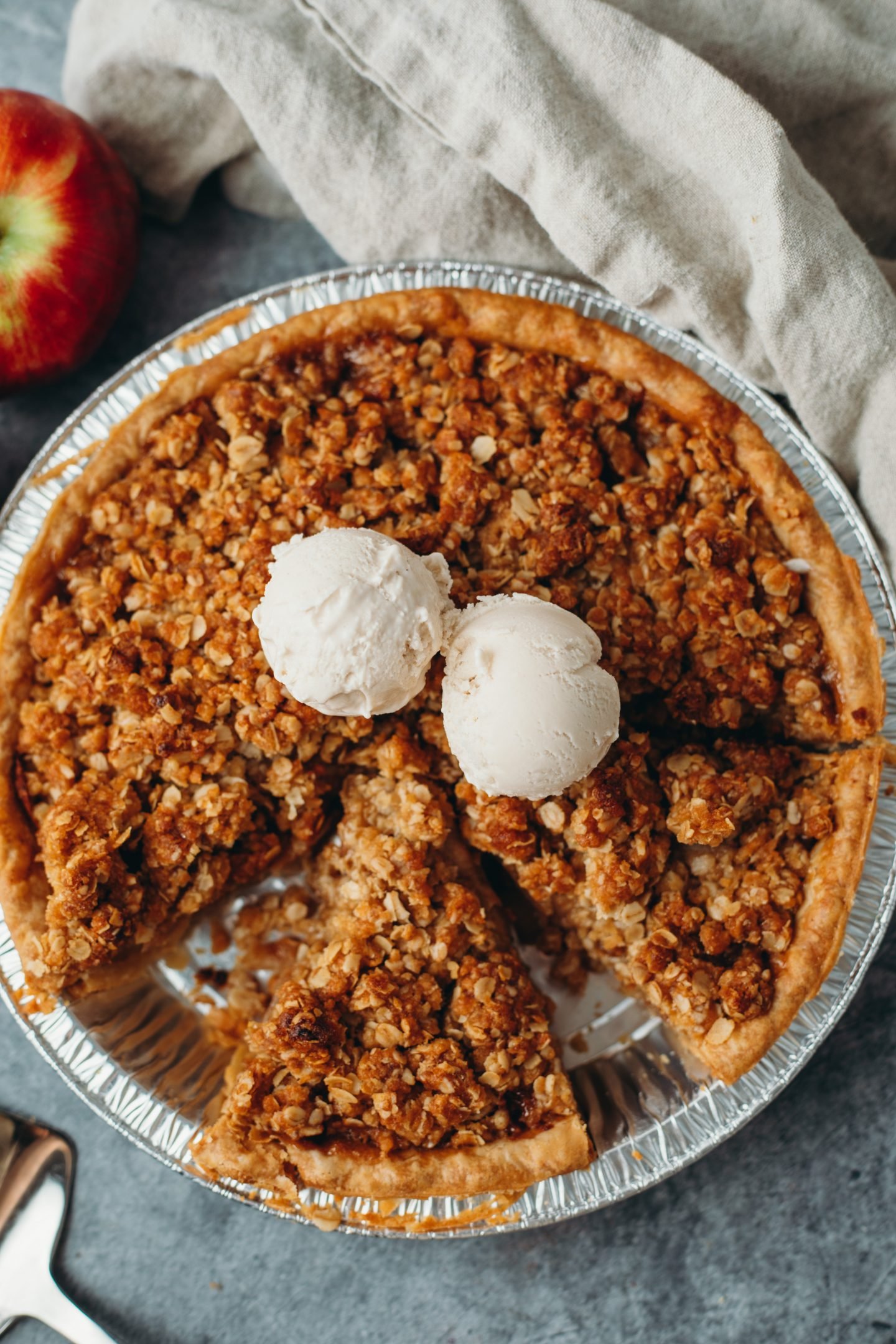 We’re in prime apple season here, but despite the copious amounts of apples I’ve eaten I still can’t get enough. I have been obsessed with honeycrisp apples and have one pretty much every day! I have been craving apple pie, but instead of a slightly boring regular pie with a double crust, I opted to make a half pie half crisp version – this vegan apple crumble pie – which hits all the cravings! Tender pie crust, crisp streusel topping and a thick layer of cinnamon-spiced apples.

This recipe is essentially a 2-step process. I used a store-bought vegan pie crust that comes in a disposable pie dish just to make it easy. All you have to do is combine the apple pie filling mixture in a mixing bowl, which is just peeled and thinly sliced apples, maple syrup, and cinnamon. Let it sit for a few minutes to let the juices come out a bit (this helps the pie not get soggy).

While it sits, mix together the crumble topping. I just use my hands and a spoon to combine brown sugar, flour, oats and melted vegan butter into a crumbly consistency. Then, add the apples to the pie crust, using your hands so you don’t add all that juice that came out of the apples. Then, top with the crisp topping.

Bake in preheated oven for 50-55 minutes until golden brown on top and bubbling slightly.

Can I make this gluten-free?

What is vegan pastry made of?

Vegan pastry would not contain butter or lard/animal fat. You can find pie crusts made with plant-based shortening or oil instead of those ingredients.

Can I use quick oats for the crumble topping?

I use quick oats! But you can use any oats you like, quick oats, minute oats or rolled oats. Just not steel cut :). 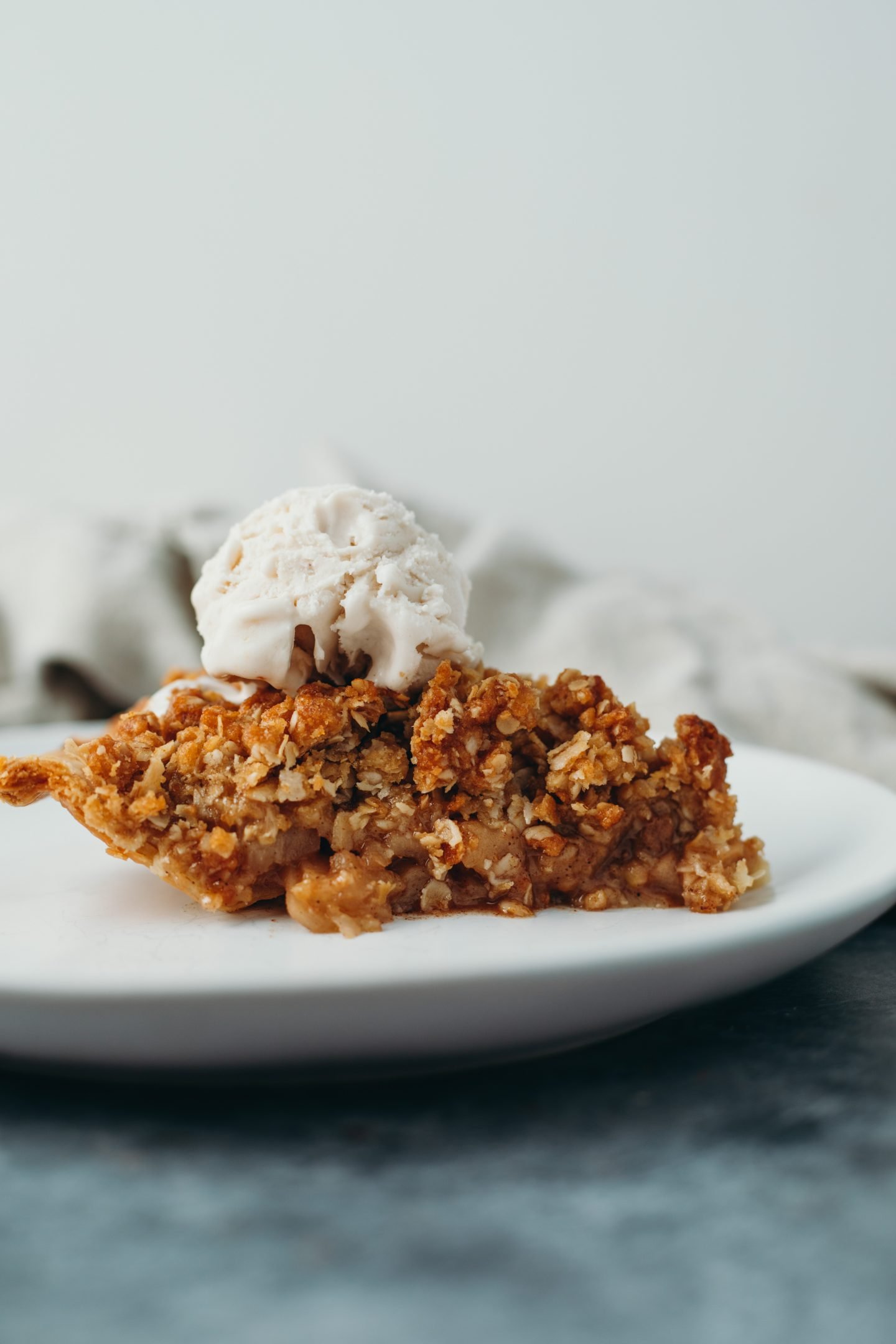 Storing leftovers… if you have any!

This pie keeps really well in the fridge! I love eating it cold the next day but you can also reheat in the microwave for a few seconds if you like. Just either cover the pie plate with plastic wrap in the fridge or store slices in an airtight container in the fridge up to 4 days. You can also freeze it! Just make sure to cover with either a few layers of plastic wrap or in a good storage container so it doesn’t dry out.

I hope you try out this pie recipe! It truly is so simple but a great one to have in your back pocket for the summer months. It looks and tastes so impressive but is about 15 minutes to throw together and 55 to bake. People will love you for it! Serve slightly warm with some vegan vanilla ice cream and enjoy! 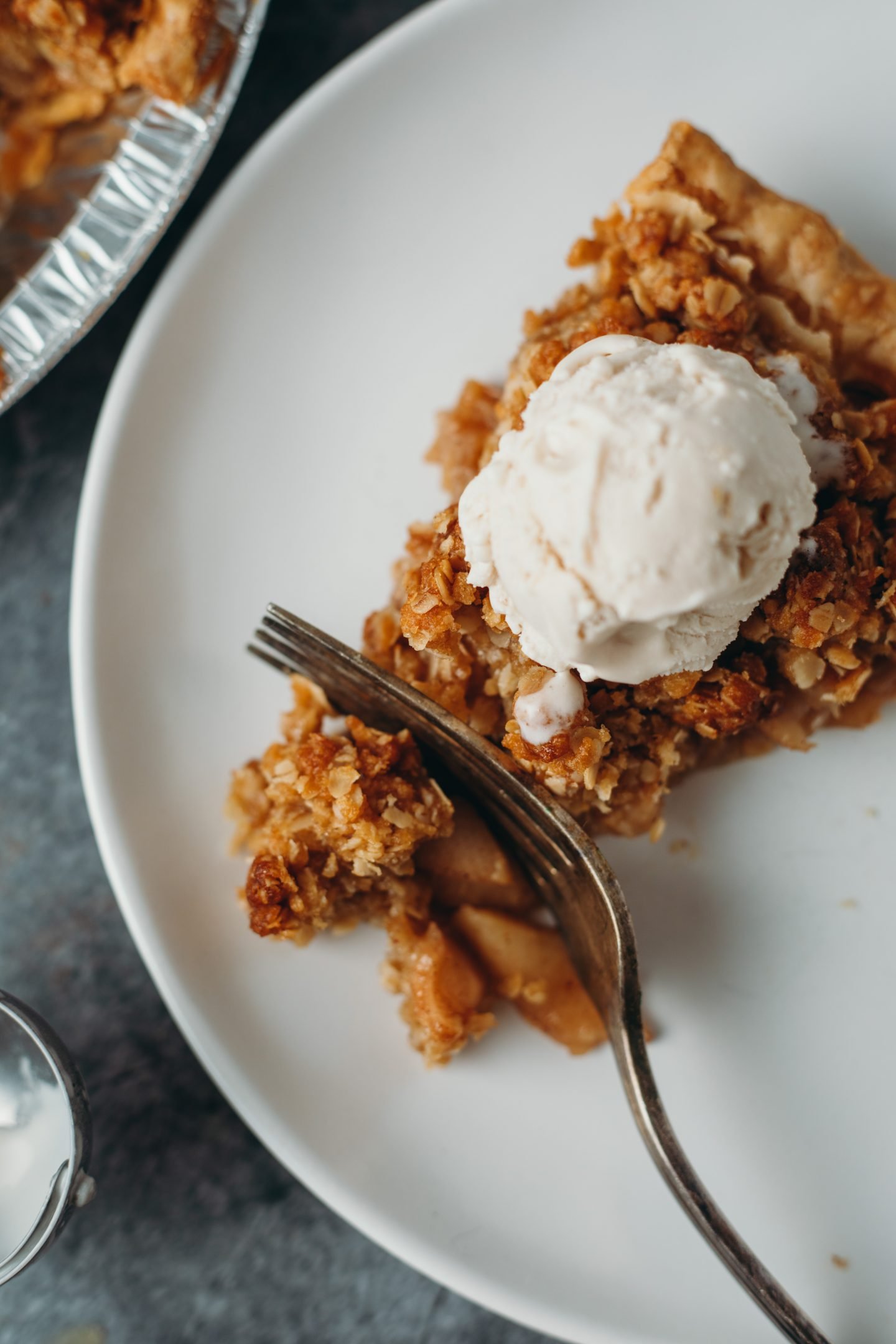 Looking for more fall desserts? Check out these…

AND if you make this apple pie, be sure to leave a comment letting me know how much you enjoyed it and if you made any changes! And if you loved it, I would be ecstatic if you left a 5 star rating to help others find the recipe as well!

This Vegan Classic Apple Crumble Pie is overflowing with sweet juicy cinnamon apples with a buttery crust and a brown sugar oat crisp on top. 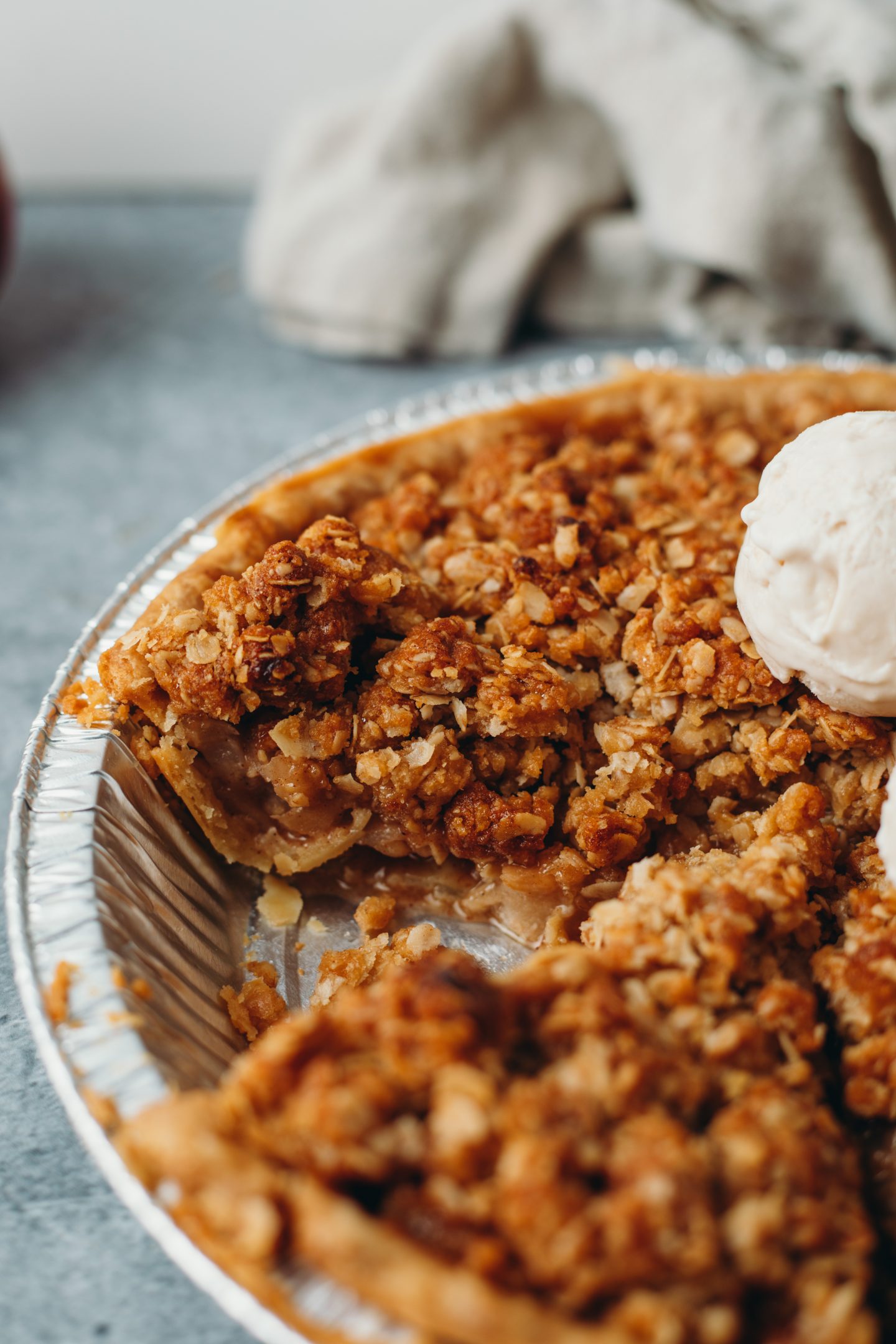