Panda Express is one of the most popular Chinese fast food chains in the United States, known for its delicious orange chicken. This Vegan Copycat Panda Express Orange Chicken recipe uses seitan for the perfect protein source substitution to highlight the familiar flavours of the popular orange chicken menu item! 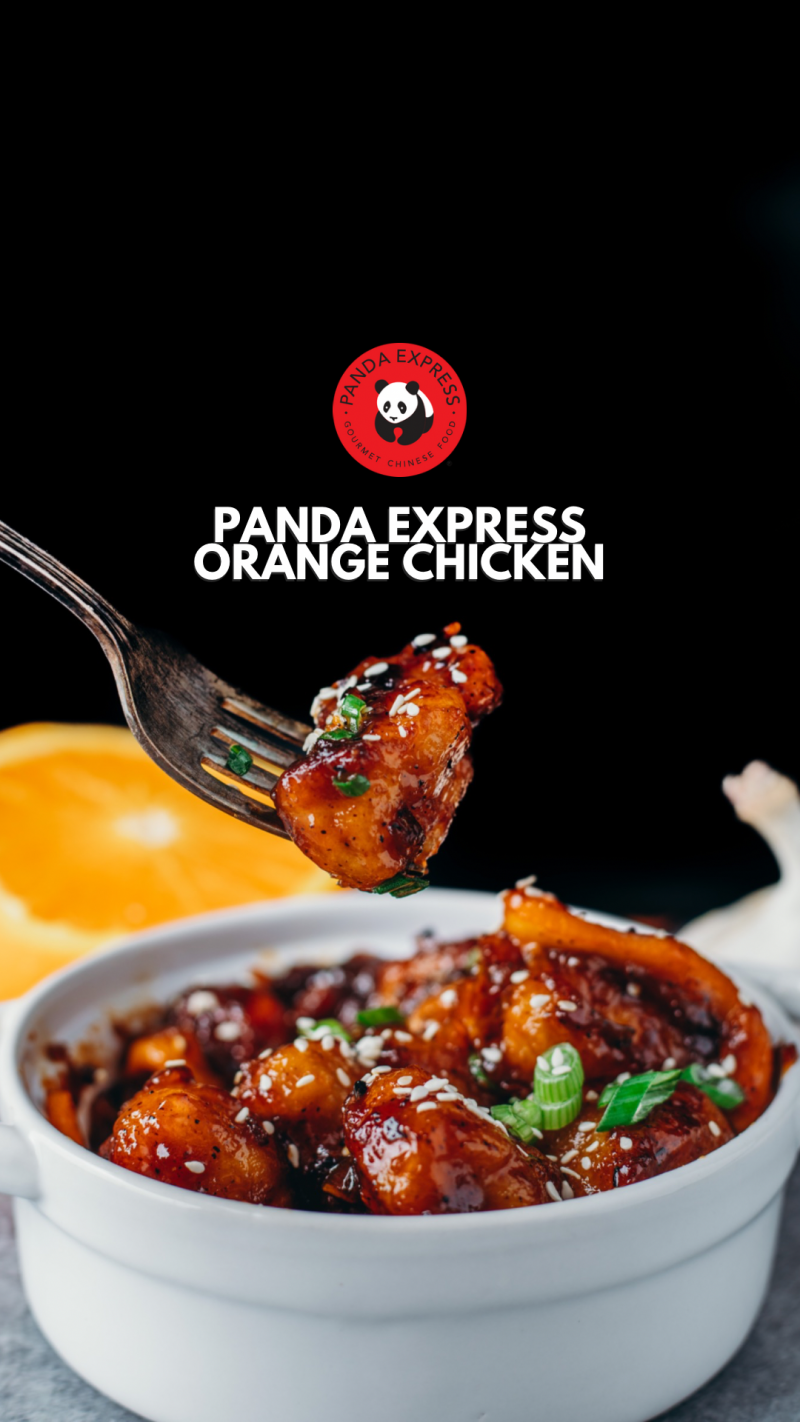 While the dish is a fan favorite, it is not suitable for vegans due to the use of chicken. However, with a few modifications, it is possible to make a vegan version of this dish using seitan, a plant-based protein source. In this blog post, we will show you how to make a vegan copycat Panda Express orange chicken that tastes just as good as the original, if not better.

Seitan, also known as wheat gluten, is a versatile protein source that is often used as a meat substitute in vegan and vegetarian dishes. It has a chewy texture that makes it an ideal replacement for chicken in a dish like orange chicken. To make the seitan, you will need wheat gluten flour, which can be found at most health food stores or online. You’ll also need a few other ingredients like nutritional yeast, soy sauce, and spices to give it the appropriate flavor. 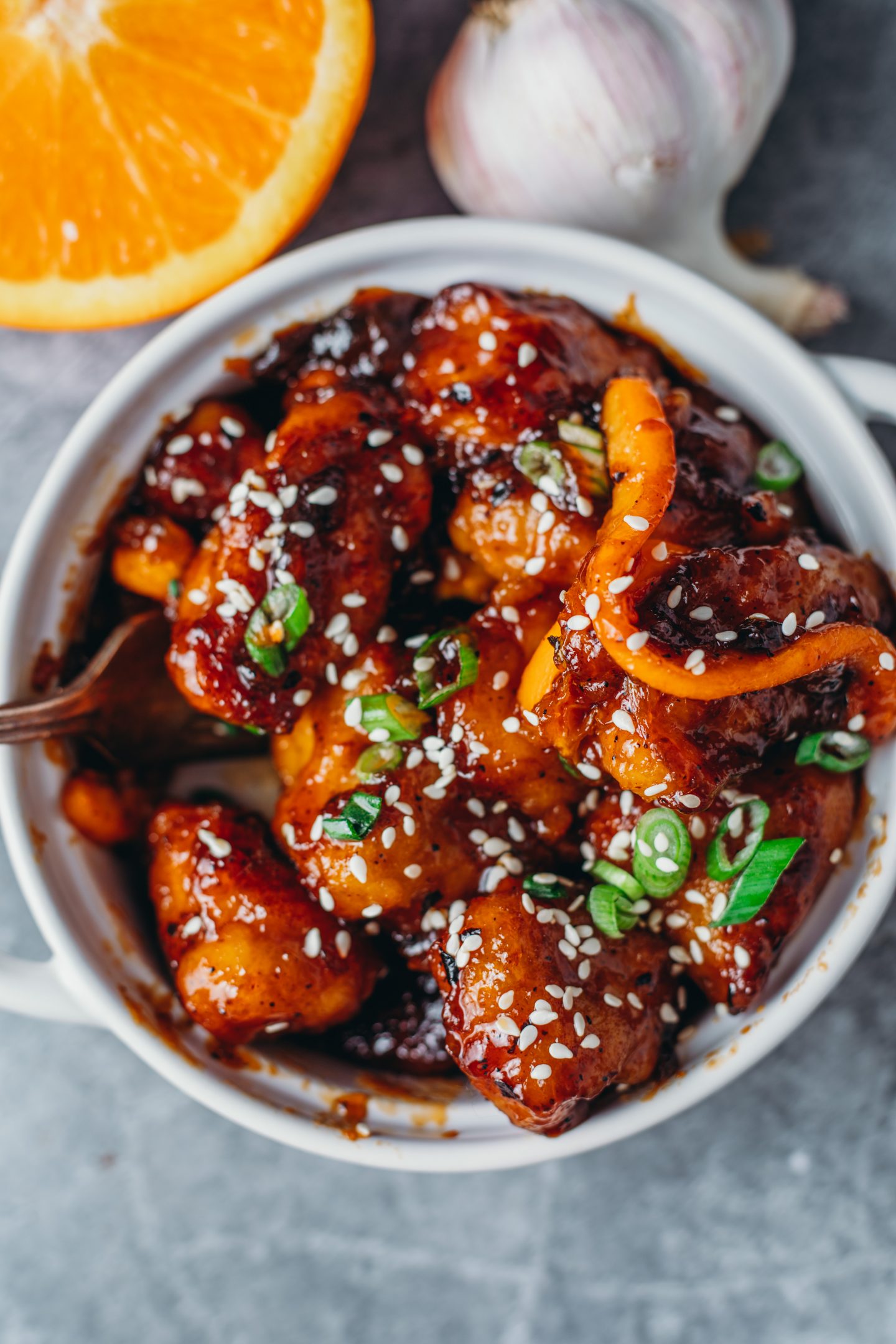 How to Make Vegan Seitan chicken taste like Panda Express

First, mix the wheat gluten flour with nutritional yeast, chickpea flour, soy sauce, and spices in a large bowl. Then, add water and knead the dough gently (the more you knead, the denser the seitan becomes), until it becomes elastic. Next, roll the dough into small balls and simmer them in a pot of vegetable broth for about an hour (I use the instant pot on manual pressure com for 15 minutes). After simmering, the seitan should have a chewy texture that is perfect for replicating the texture of chicken in the orange chicken dish. TIP: Keep the chicken warm in the oven on a baking sheet with parchment paper while the orange sauce is prepared.

Next, you can prepare the orange sauce by frying a tsp of chili flakes and garlic powder in oil. Then combining orange juice, rice vinegar, soy sauce, brown sugar, sriracha, and tablespoon cornstarch mixed with tbsp water in a small saucepan. Bring the mixture to a boil and let it simmer until it thickens. This will be the base for the orange sauce that will coat the seitan.

To cook the dish, heat some oil in a pan or wok over medium-high heat. Once hot, add the seitan and cook it for a few minutes, until it starts to brown. Then add the orange sauce, and stir-fry until the seitan is fully coated and the sauce is heated through. This dish can be served with rice, vegetables or cauliflower rice for a low-carb option. 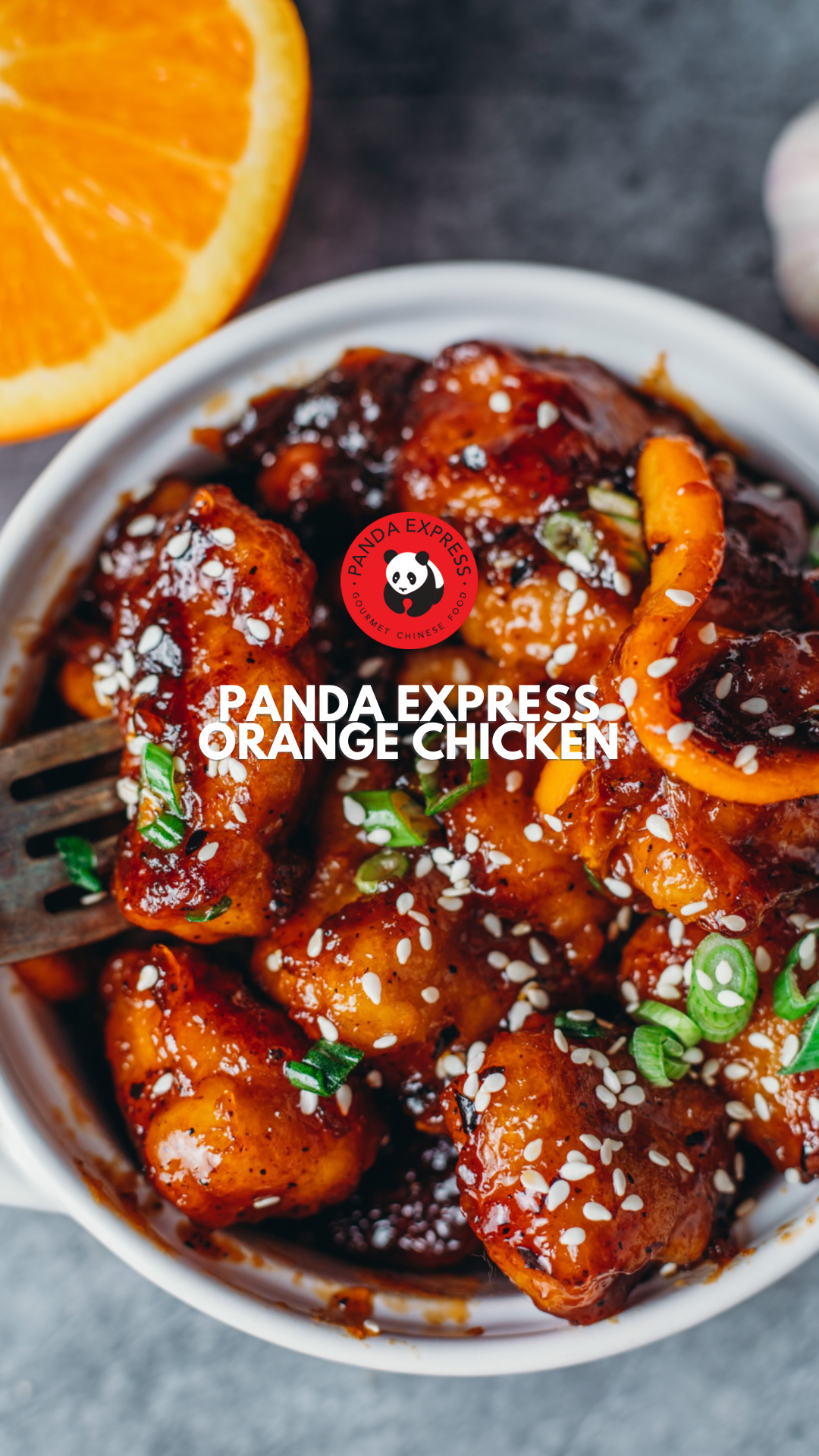 Here are some of the ingredients used in this dish: 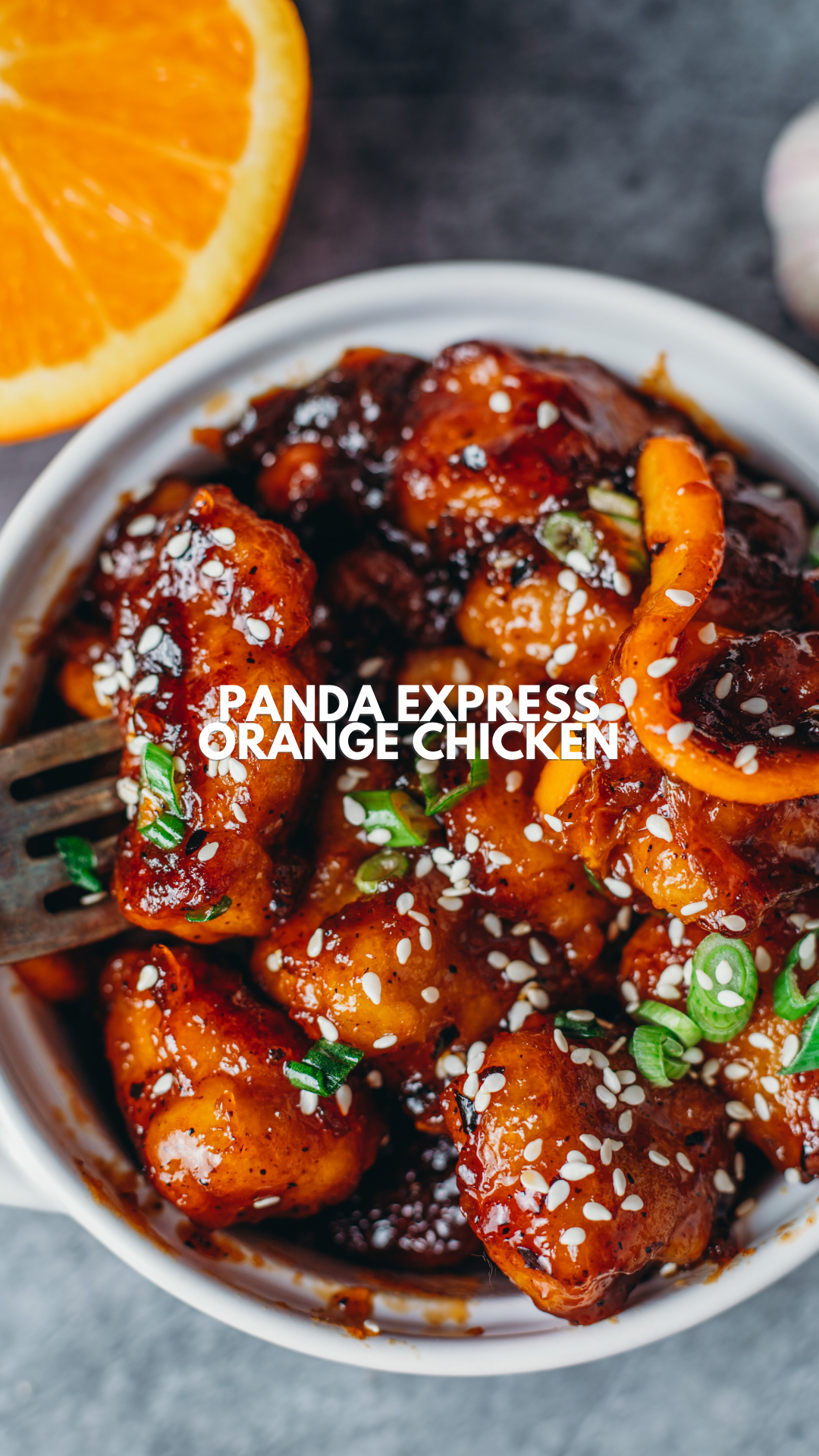 Why you should try Vegan Copycat Orange Chicken today

The end result of this recipe is a vegan version of Panda Express orange chicken that tastes just as good as the original, if not better. The seitan provides the chewy texture that is similar to chicken, and the orange sauce is sweet and tangy, just like the original. Plus, by using seitan, you are getting a high-protein plant-based dish which is a win-win for health conscious people.

It is worth mentioning that this recipe is not an exact replica of Panda Express orange chicken but its a vegan version that mimic the taste and texture to some extent. For those who miss the taste of orange chicken or looking for a vegan alternative, this recipe is a great option. Plus, it is easy to make and can be prepared in advance for a quick and easy weeknight meal.

After all is said and done, if you are a vegan looking for a delicious and satisfying alternative to Panda Express orange chicken, give this recipe a try. With seitan, you can enjoy the same taste and texture as the original without compromising your beliefs. It’s a dish that will be enjoyed by vegans and non-vegans alike, and it’s a great way to introduce more plant-based options into your diet.

Seitan, also known as wheat gluten, is a versatile protein source that is often used as a meat substitute in vegan and vegetarian dishes. It’s made from wheat gluten flour, which is the main protein found in wheat. It has a chewy texture that makes it an ideal replacement for chicken in a dish like orange chicken.

Seitan is high in protein and relatively low in calories, making it a great option for those looking to increase their protein intake on a plant-based diet. However, it is important to note that it is made from wheat gluten, which may not be suitable for those with gluten sensitivities or allergies. Try using MyFitnessPal for all information regarding carbohydrates, fiber, protein, calories etc.

Where can I find wheat gluten flour?

Wheat gluten flour can typically be found in health food stores or online. Some larger grocery stores may also carry it. We got ours in bulk at our local bulk barn for those of you living in Canada.

Can this recipe be made gluten-free?

It’s possible to make this recipe gluten-free by using a gluten-free flour mixture instead of wheat gluten flour, However the texture may not be identical to Seitan but still this can be a good option for gluten-sensitive people. Also, try using tofu (soft tofu, medium tofu, firm tofu or extra firm tofu depending on your desired texture for the perfect orange tofu recipe).

How do I store the leftovers?

Any leftovers can be stored in an airtight container in the refrigerator for up to 3 days. It can be reheated in the microwave or on the stovetop before serving.

Where can I find more copycat recipes like this?