This rice & veggie skillet was inspired by the traditional Spanish dish paella. Traditional paella is typically made with chicken, rabbit and vegetables. However, this vegan version still packs a ton of flavor thanks to the fresh vegetables, lemon juice, and Extra Virgin Olive Oil from Spain. Visit oliveoilsfromspain.org for more!

salt and pepper to taste 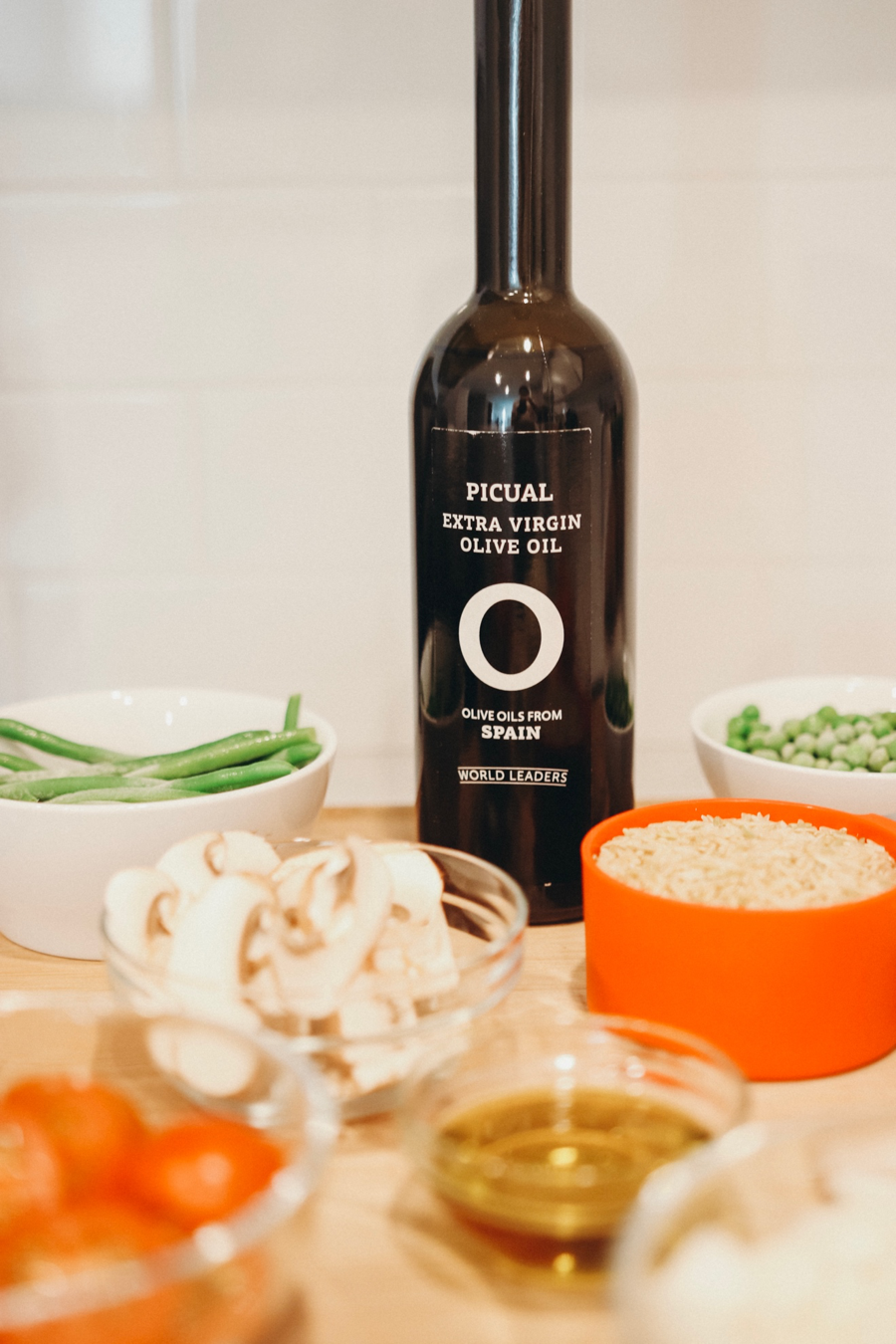 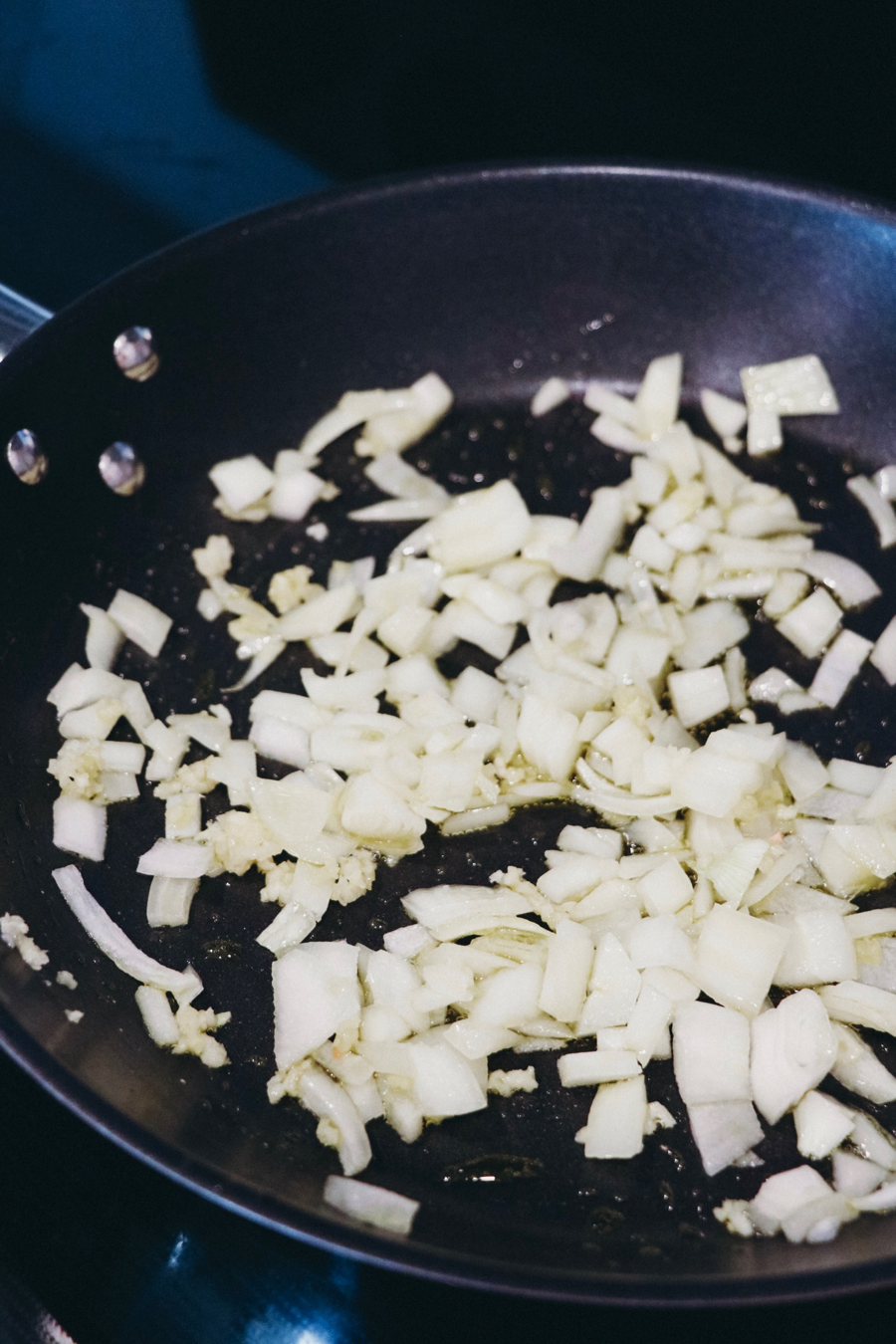 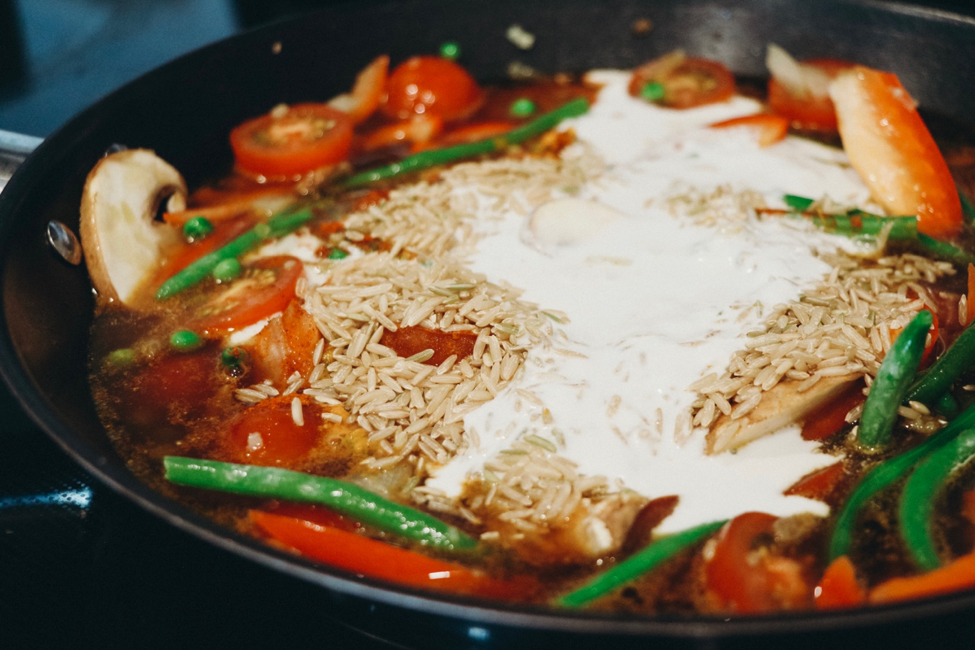 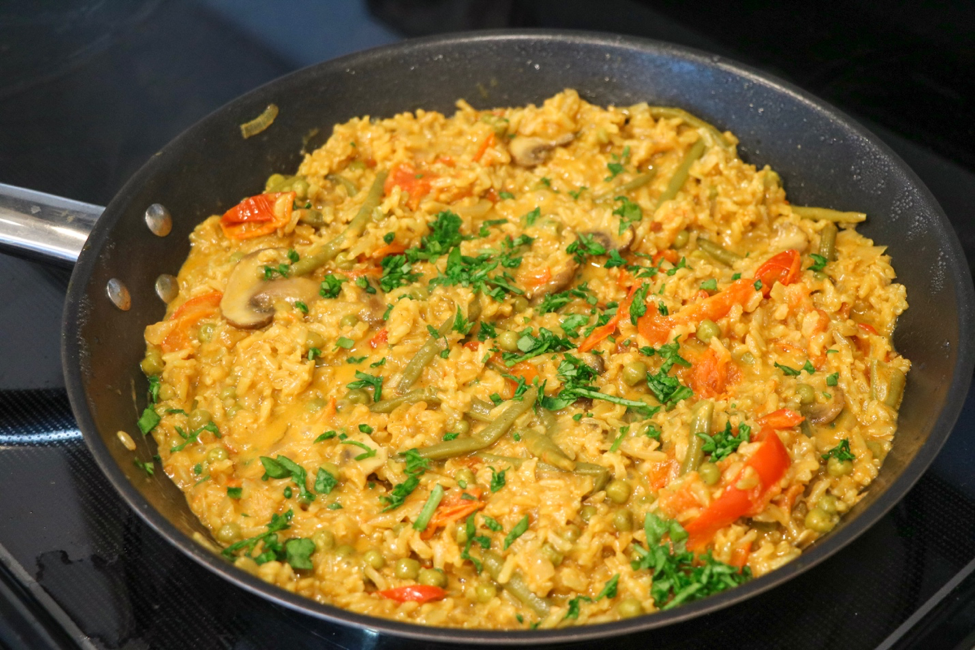 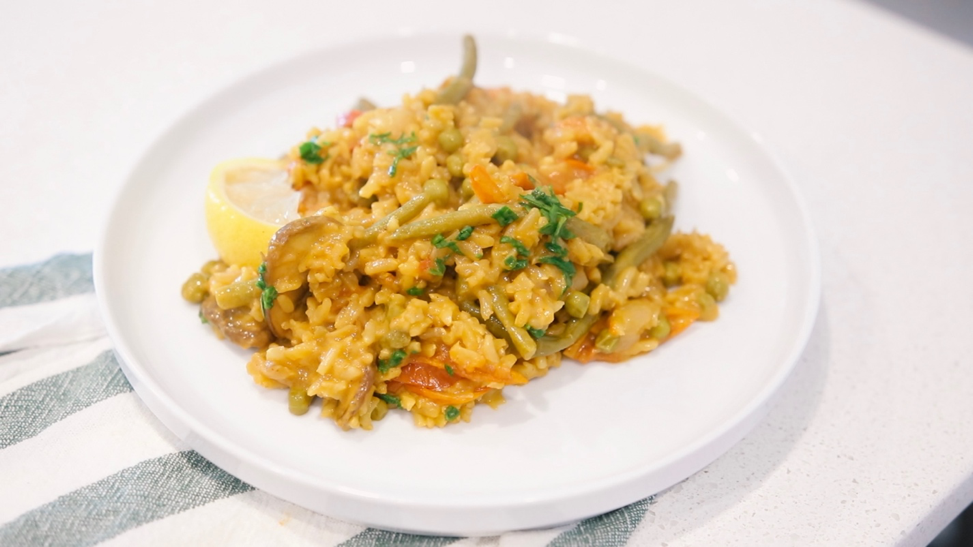