As someone who went vegan at a semi-young age, and also grew up as a semi-picky eater, there’s a lot of foods I haven’t tried. I have had vegan versions of most of them, for example: scallops, sour cream, buffalo wings and… Philly cheesesteak. Which is why today I am showing you how to make this Homemade Vegan Philly Cheesesteak right in your own kitchen! Remember: I have never had a *real* one. So this might not be exactly like the one you had that time from that food truck blah blah. But its GOOD. I promise! And the “meat” is homemade! Which is great for those of you who are a little skeptical about the store-bought ones which can be expensive and sometimes have a novel for an ingredients list.

Never fear, everyone. Homemade Philly cheesesteak is here! We are using my vegan steak recipe for this. I use one steak per sandwich in this recipe, so if you’re feeing 4 people you’ll want to double the steak recipe and double this too! You have to have it stuffed full of thinly sliced “steak”. That;’s kind of the point! Oh, and messy cheese sauce. This is the kind of thing you stand at the counter to eat, legs slightly apart, elbows on the countertop, so you don’t ruin your cute outfit. 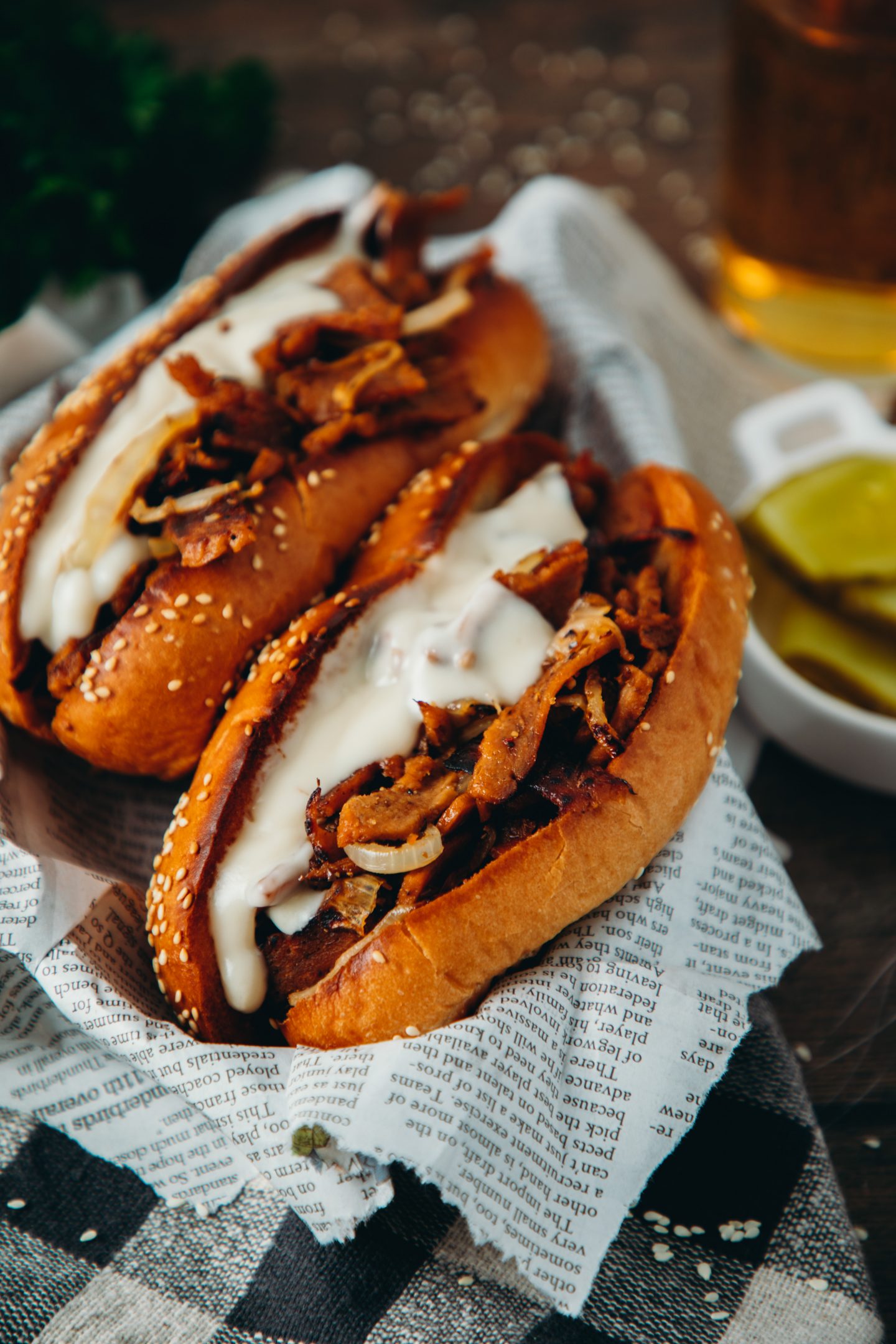 Making ahead of time:

Once the steaks are made, this recipe is so freaking easy! The steak recipe isn’t difficult, but if you want to save time, you can make those the day before. 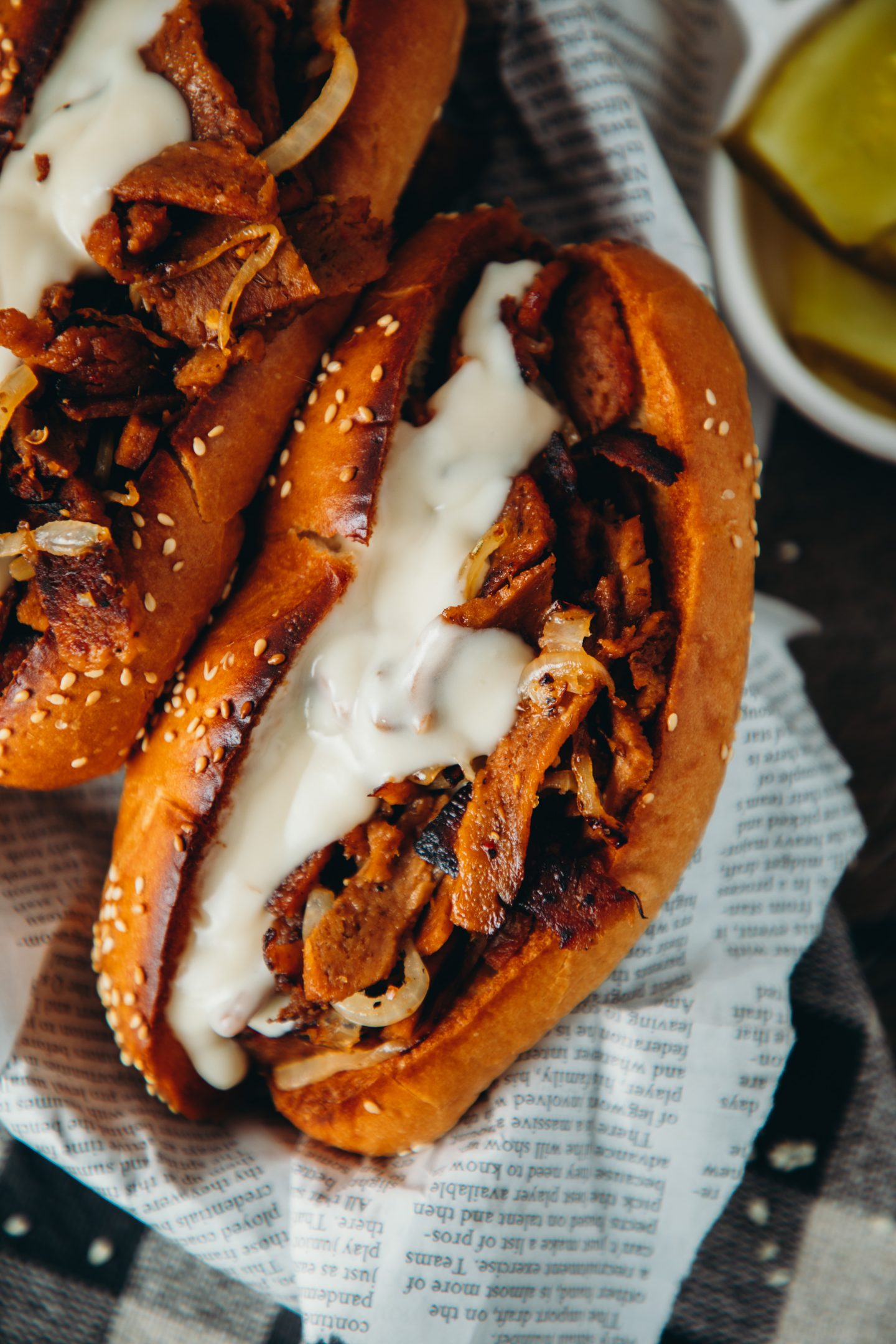