I am soooooo excited to share these Snickerdoodle Cheesecake Cookie Bars with you because not only are they my new dessert obsession, they also only require 6 ingredients!!! It really does not get easier than this. I shared these bars with a ton of family and friends to get their opinion, since it was kind of a random recipe, and they got rave reviews from every single person!

We start off with a super simple graham cracker base. It is actually sort of tricky to find graham crackers with no honey, but if you don’t avoid honey you can just use regular graham crackers. For those who do avoid honey, there are a few gluten-free brands that are also vegan that I found in the natural/organic aisle of the grocery store. You could also use any other similar dry cookie that can be crumbled! I’m thinking golden Oreos would be insanely good as a base!!

The rest of the ingredients are pretty standard – vegan butter, dairy-free cream cheese (I linked to the brands I used there), flour, sugar and cinnamon! 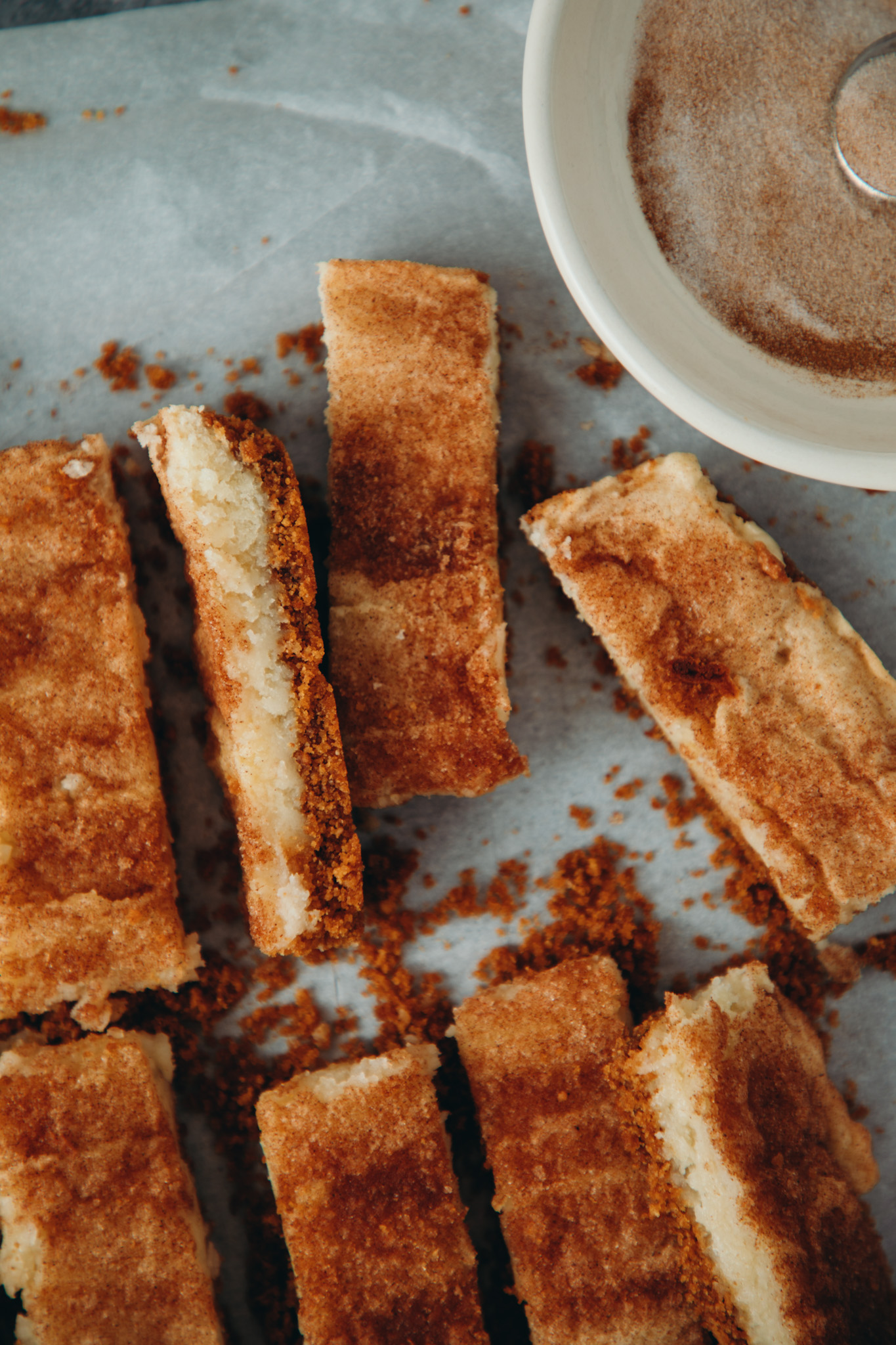 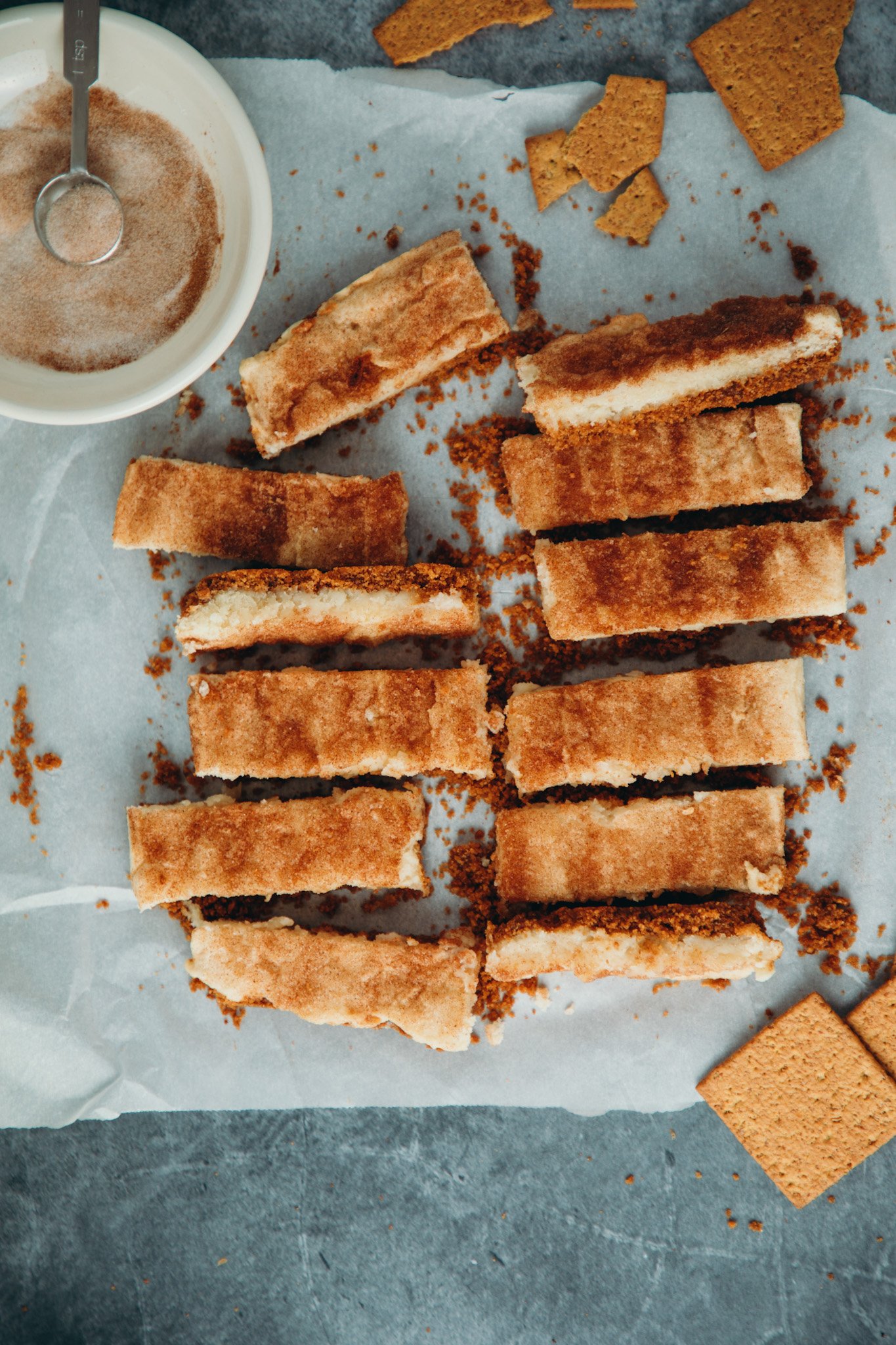 These bars are inspired by snickerdoodle cookies which are cookies rolled in cinnamon sugar before baking to get a super tasty crackly outside. It is also a variation of my oreo cheesecake cookies recipe! I thought making them in bar form would be super fun, and I was right! 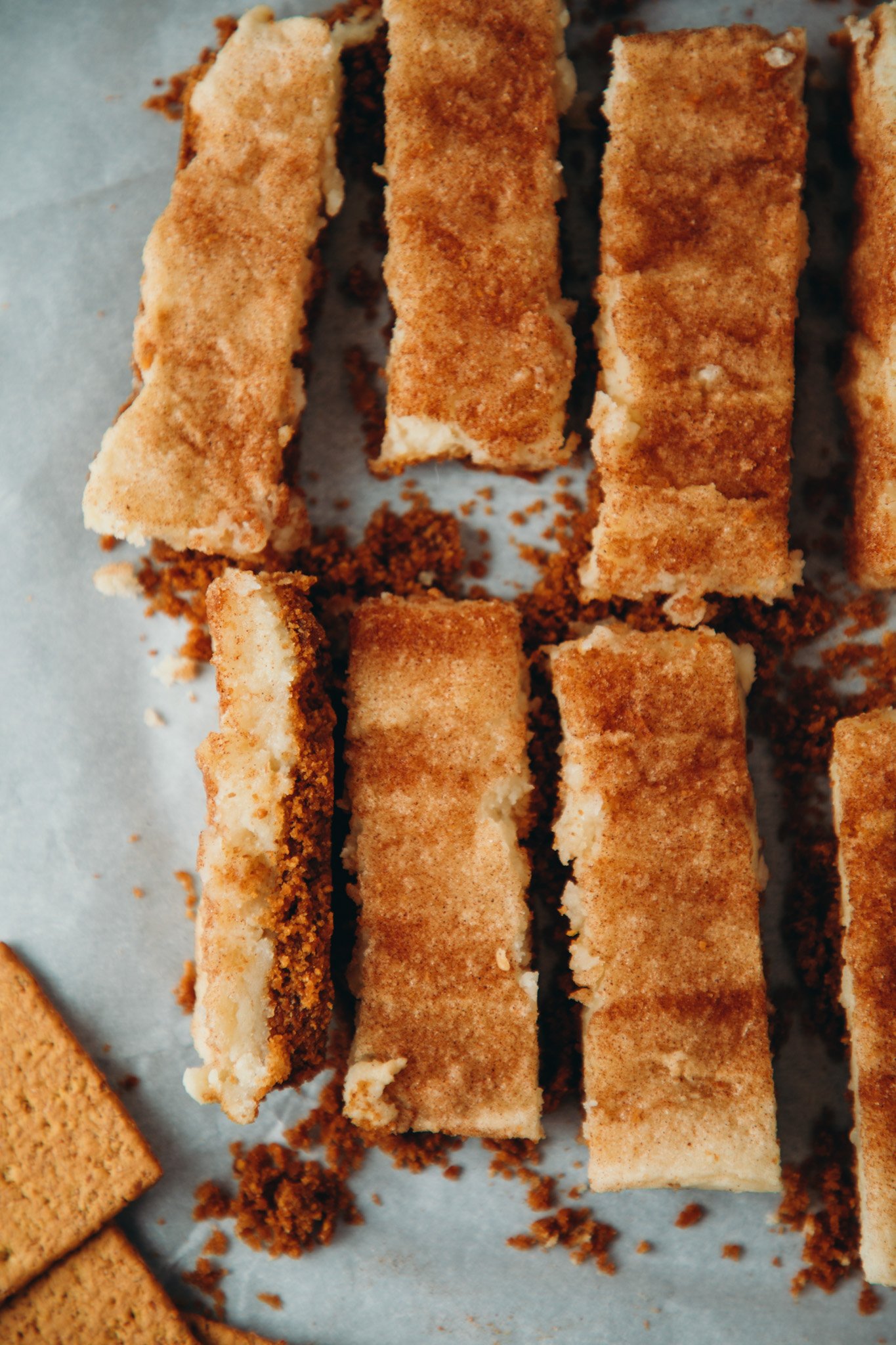 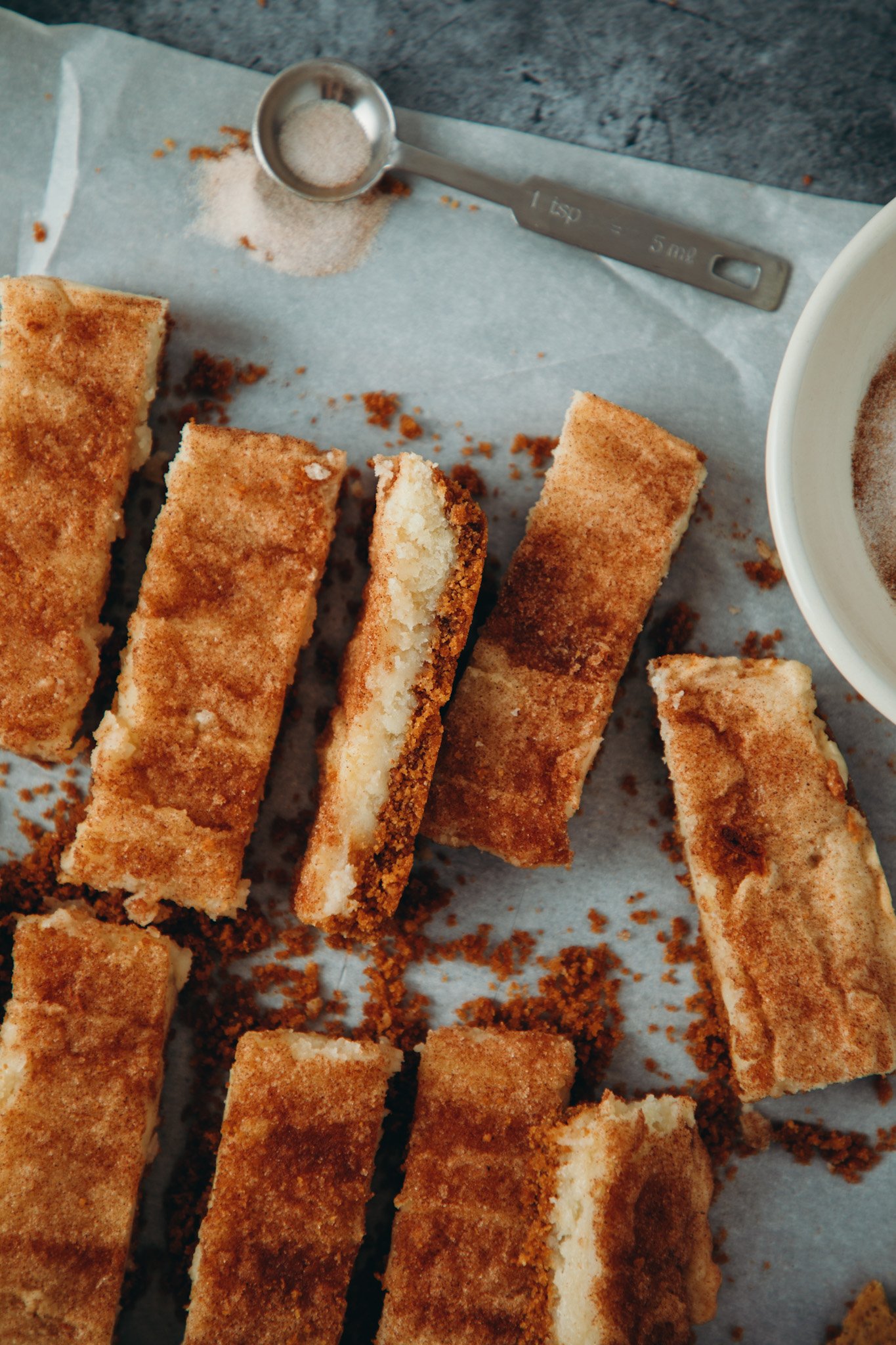 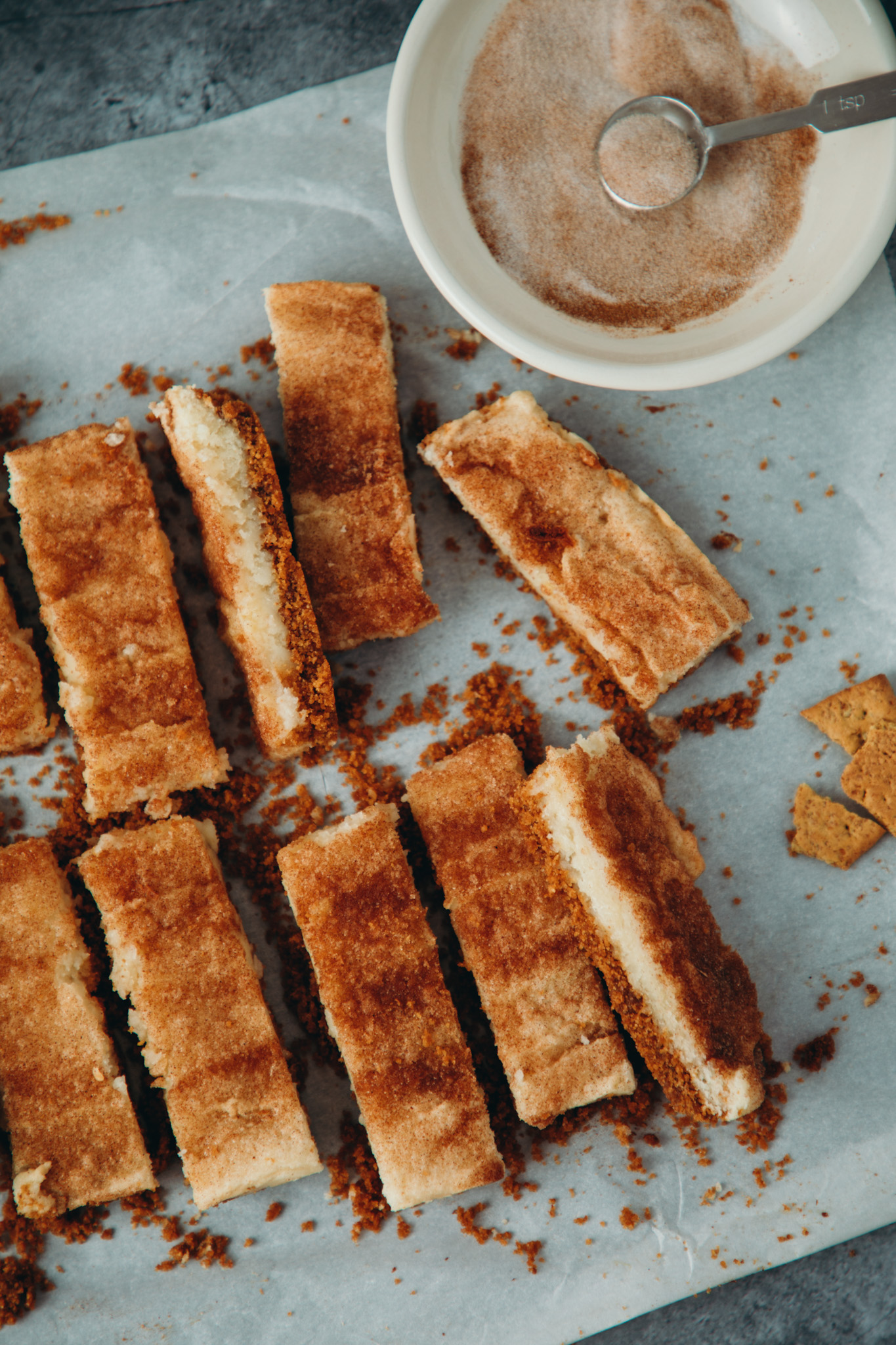